Heading west from St John’s we took the coast road up the Avalon Peninsula.  First stop, Brigus, a quiet fishing village established in 1612. 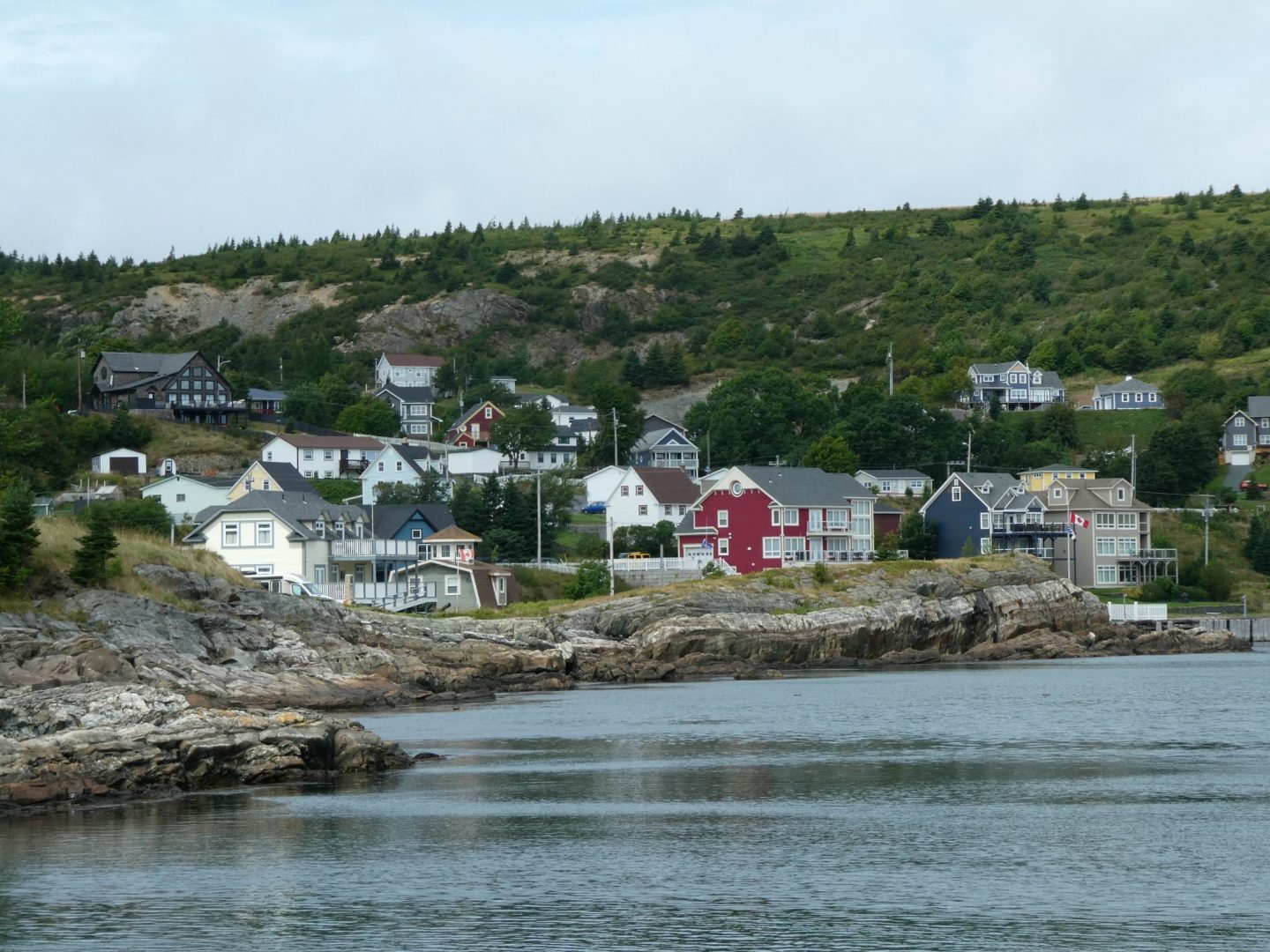 With its long fishing and sealing history, it’s hardly surprising that Brigus is famous for its sea captains.  Many were involved in early Arctic expeditions because of their experience navigating sea ice to hunt seals.  Brigus’ most famous son is Robert Bartlett, who captained the ship and was on the expedition team when US Commander Robert Peary achieved his goal of becoming the first man to reach the North Pole.  To Bartlett’s great disappointment, Peary chose someone else to go with him on the last leg so he didn’t actually make it to the Pole.

To us, a better story was this.  In 1914 Bartlett captained the Karluk in what was to be a scientific expedition to the Arctic.  The ship became trapped in ice.  The expedition leader took 5 men and left, saying they would hunt seal for food and return in 10 days.  Controversy surrounds his real motivation but nothing changes the fact that he did not return.  Instead he made his way to the expedition site and went to work, doing nothing about the stranded boat and crew.  After it became obvious they were not returning, a team of four set out to seek help but perished.  A second team of four suffered the same fate.  After almost 4 months stuck in drifting pack ice, the boat was crushed and sank.

Bartlett led the remaining group, which included two children of a crew member, more than 80km across the ice to Wrangel Island north west of Alaska and then, accompanied by just one person, set off to get help.  They walked and sled almost 1,100kms across the ice in temperatures down to -50 degrees Celsius, through blizzards and hurricane force winds, with almost no means of navigation, eventually reaching a village in northern Siberia.  They continued on to a larger town from which Bartlett travelled by boat back to Alaska where he was finally able to arrange the rescue of those stranded on Wrangel Island, 13 months after the boat first got stuck.  It’s the stuff of movies and why it’s not as famous as Ernest Shackleton’s Antarctic rescue of the Endurance crew is a mystery to us.

There’s an exhibition devoted to Bartlett in a decommissioned church and even that display focusses on him being the guy who didn’t go to the Pole with Peary.

The Peary expedition gained him minor celebrity status and his ongoing Arctic trips required he be based in New York, but he still considered Brigus to be home.  He is buried here and his lovely cottage is now a National Historic Site. 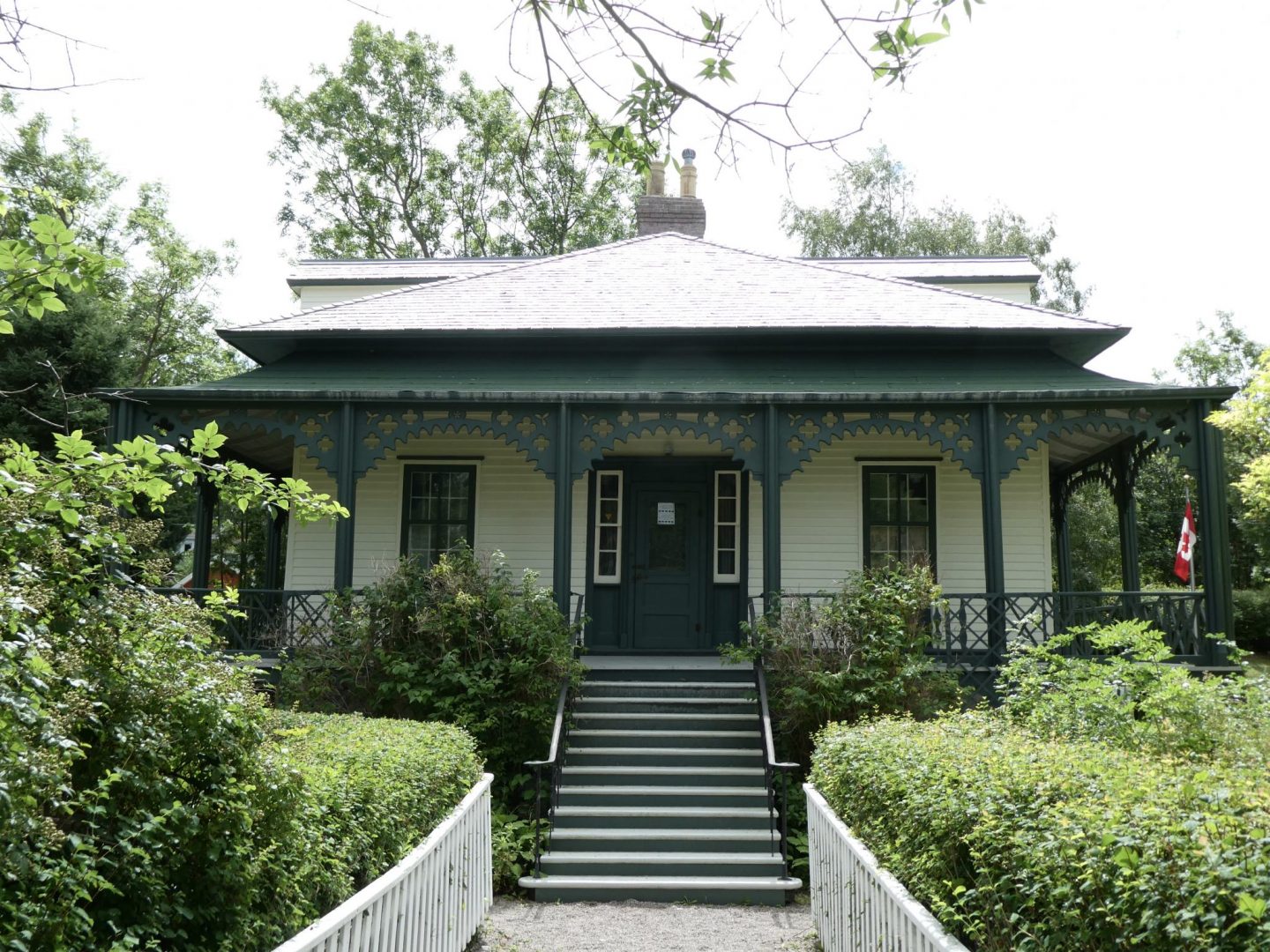 His grandfather, Abraham Bartlett, was also a sea captain and is responsible for Brigus’ biggest tourist attraction.  In 1860, Abe bought a really big boat so he built a wharf at the only remaining deep water berth location in Brigus harbour.  But getting his catch from the wharf to town was tricky as that area of the harbour is ringed by cliffs.  The solution?  Blast a tunnel wide enough for a horse and cart to go through the rock.  A Cornish coal miner using only gunpowder took four months to blast the 24 metre Brigus Tunnel.  Yes, Brigus’ biggest tourist attraction is …. a hole in a rock.  Which may give you a clue as to how sleepy this town actually is. 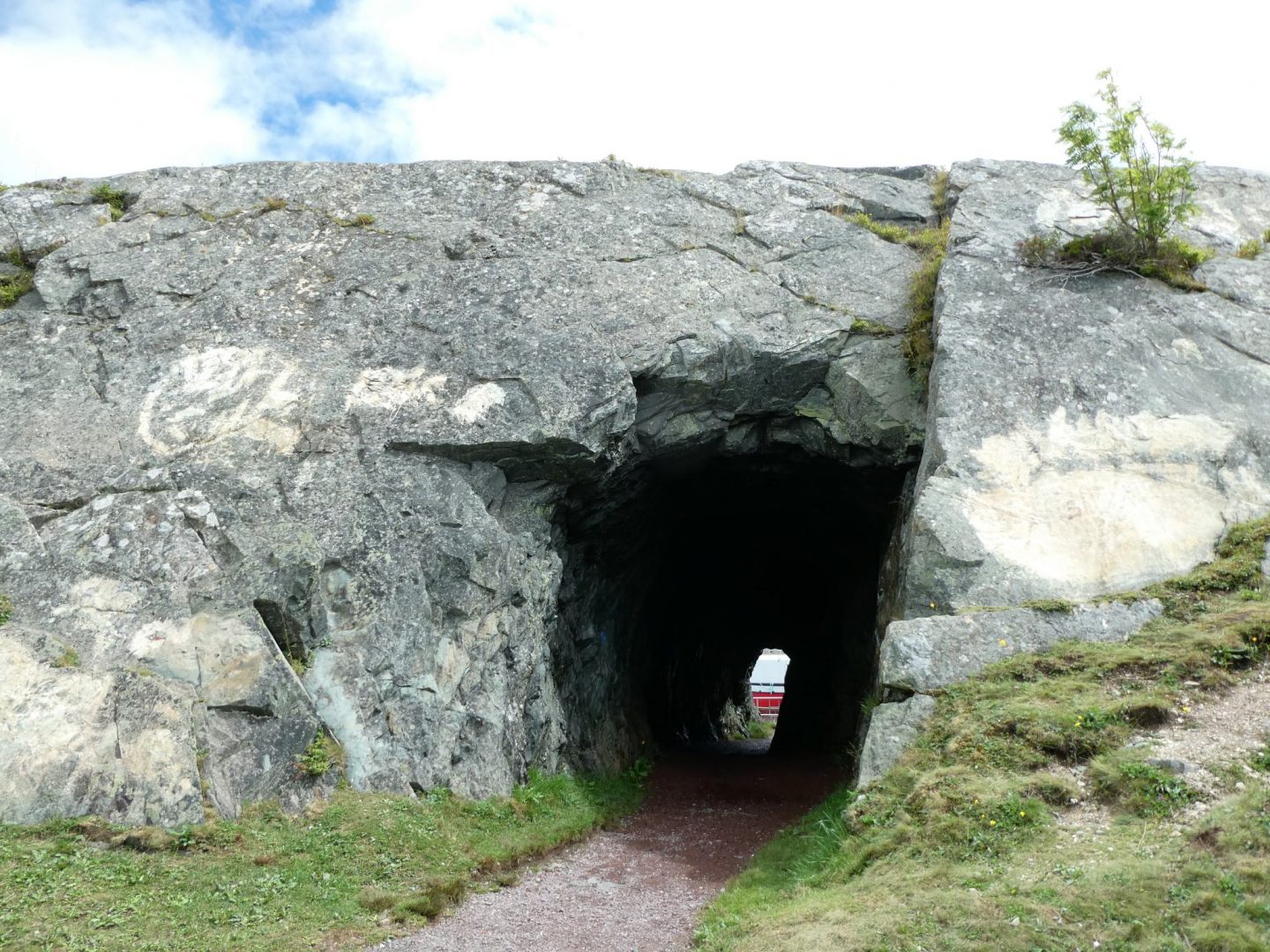 We continued north through the village of Cupids and then to Harbour Grace.

The wreck of the SS Kyle lies in the harbour.  Built in 1912 as a transport ship, she was the first regular ferry between Newfoundland and Labrador.  After almost half a century in service, she was converted into a sealing ship in 1961.  In 1967 she was damaged during a sealing expedition and was in dock at Harbour Grace for repairs when a savage storm tore her from her moorings.  She was pushed onto the mussel banks and there she has remained for 55 years. 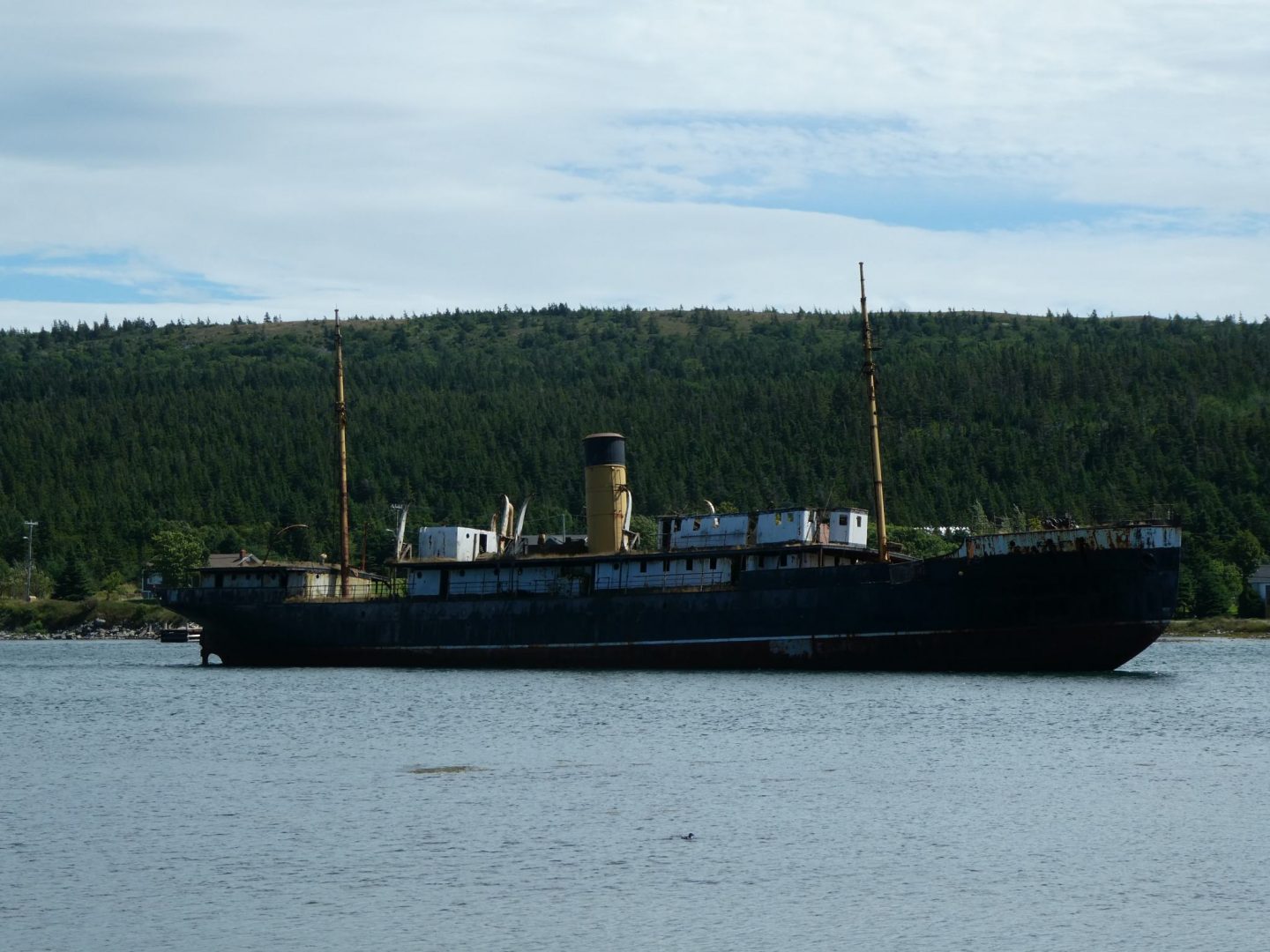 In 1927, American duo William Brock and Edward Schlee put Harbour Grace on the aviation map when they left from here attempting to fly a Stinson monoplane around the world.  They abandoned the attempt in Tokyo after flying almost 20,000kms and although they failed to reach their goal, were considered heroes in the US on their return.

The airfield specially built for Brock and Schlee became the favoured launch point for many pioneer trans-Atlantic flights because at that time it was the closest North American airfield to Europe.

On 20 May 1932, Amelia Earhart took off from Harbour Grace.  When she landed in a field in Derry, Northern Ireland 14 hours 56 minutes later she became the first woman to fly solo non-stop across the Atlantic.

And one for our Australian readers – Sir Charles Kingsford-Smith landed here in June 1930 after flying for 31 hours non-stop from Portmarnock, Ireland.  The east-west route across the Atlantic was considered much more complex than the reverse, so although he wasn’t the first to do it, he was one of the first to do it solo, so it was lauded nonetheless.

A display on the harbour celebrates the town’s aviation history with a statue of Amelia Earhart and a locally famous DC-3, Spirit of Harbour Grace. 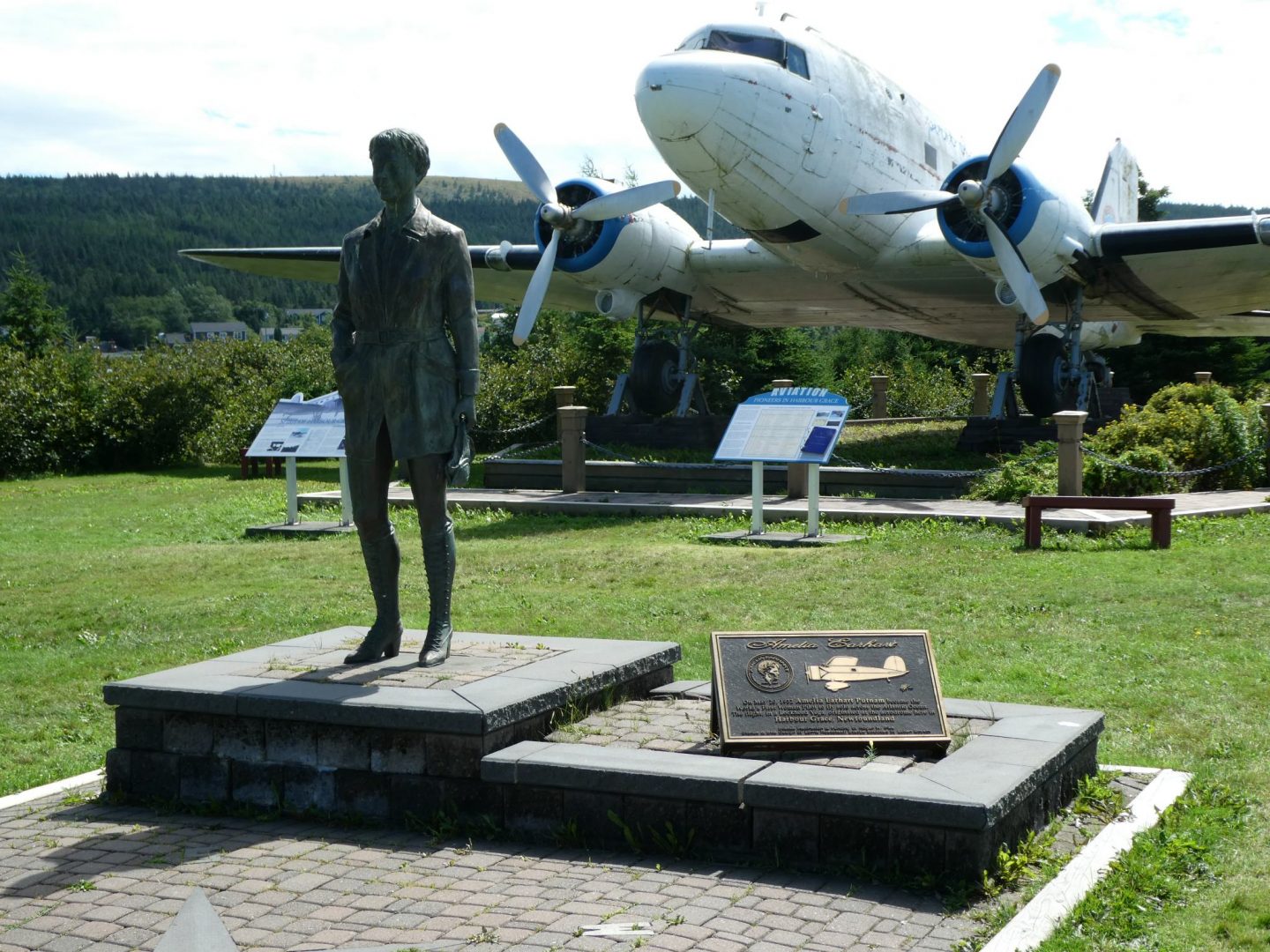 At the tip of the peninsula is Bay de Verde.  A bustling cod fishing town from the late 1600s to the mid 1900s, it’s now a quiet village with just a few boats. 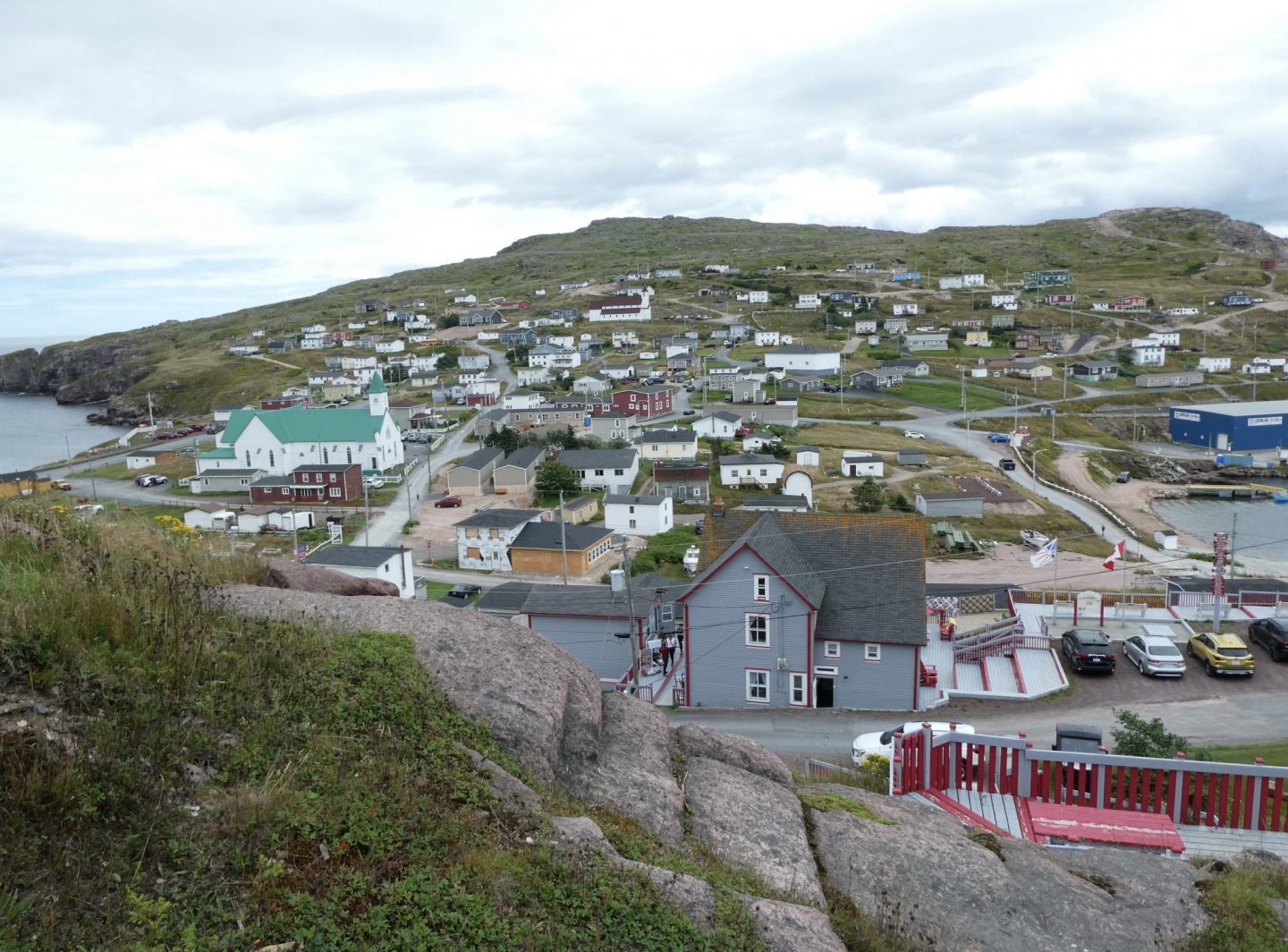 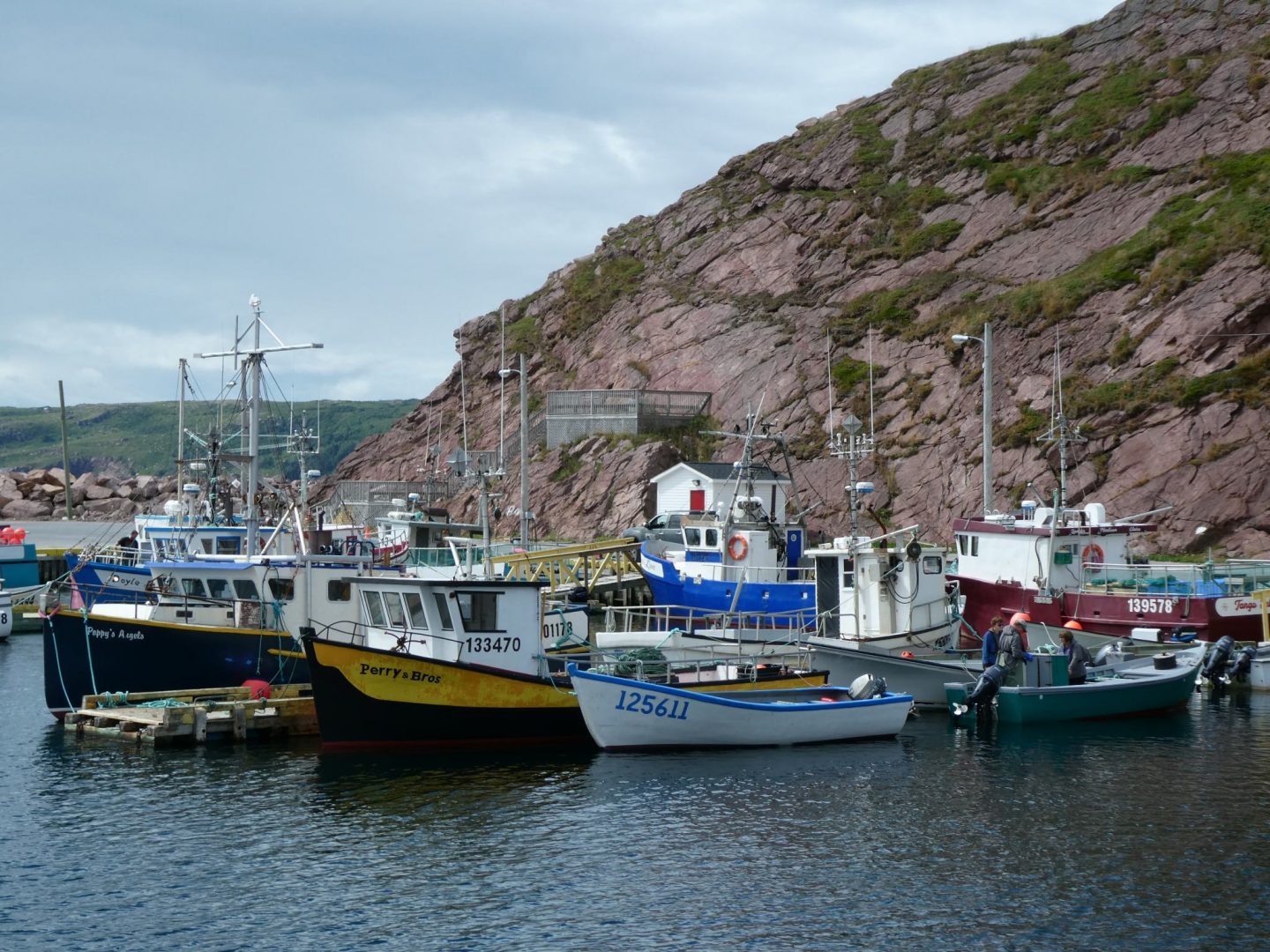 The annual quilt festival was in full swing.  Which basically means a lot of quilts flapping on lines outside houses all over the village. 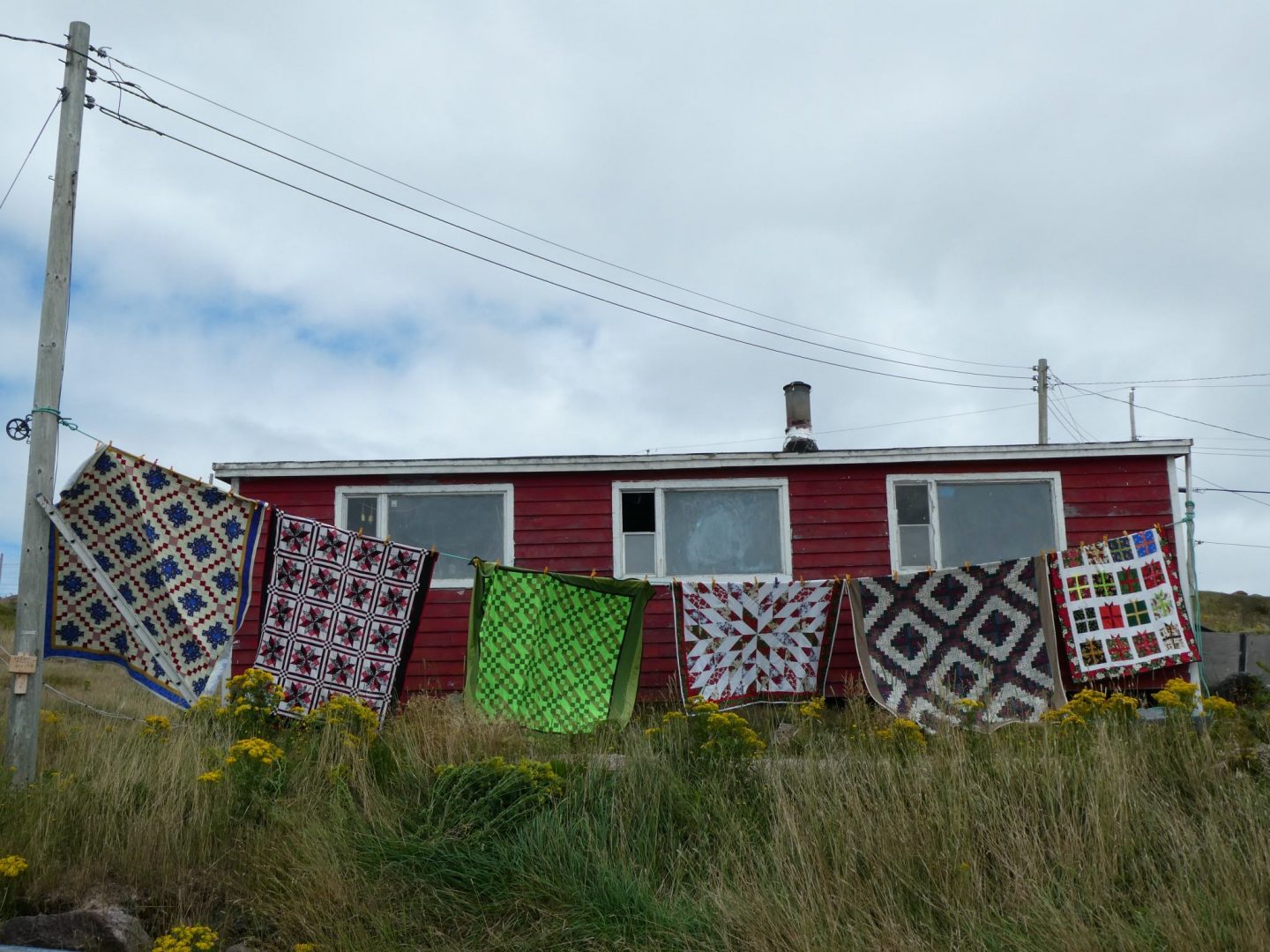 Since the cod moratorium, commercial fishing here is limited to line fishing and subject to strict quotas.  We had a long chat with this friendly fellow who was busy cleaning his catch. 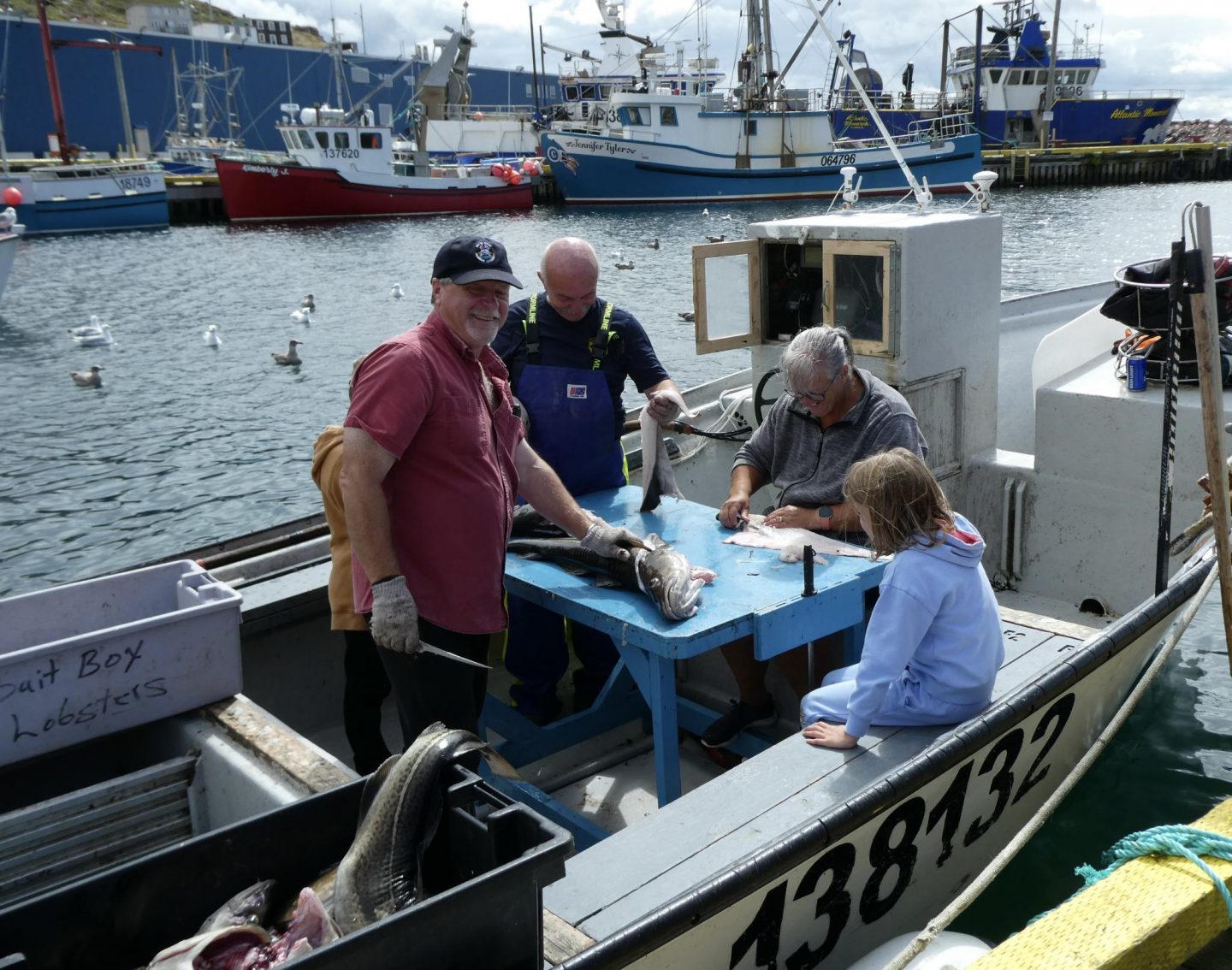 From town we hiked the Lazy Rock Track, a graded trail which winds gently up to a viewpoint over the bay. 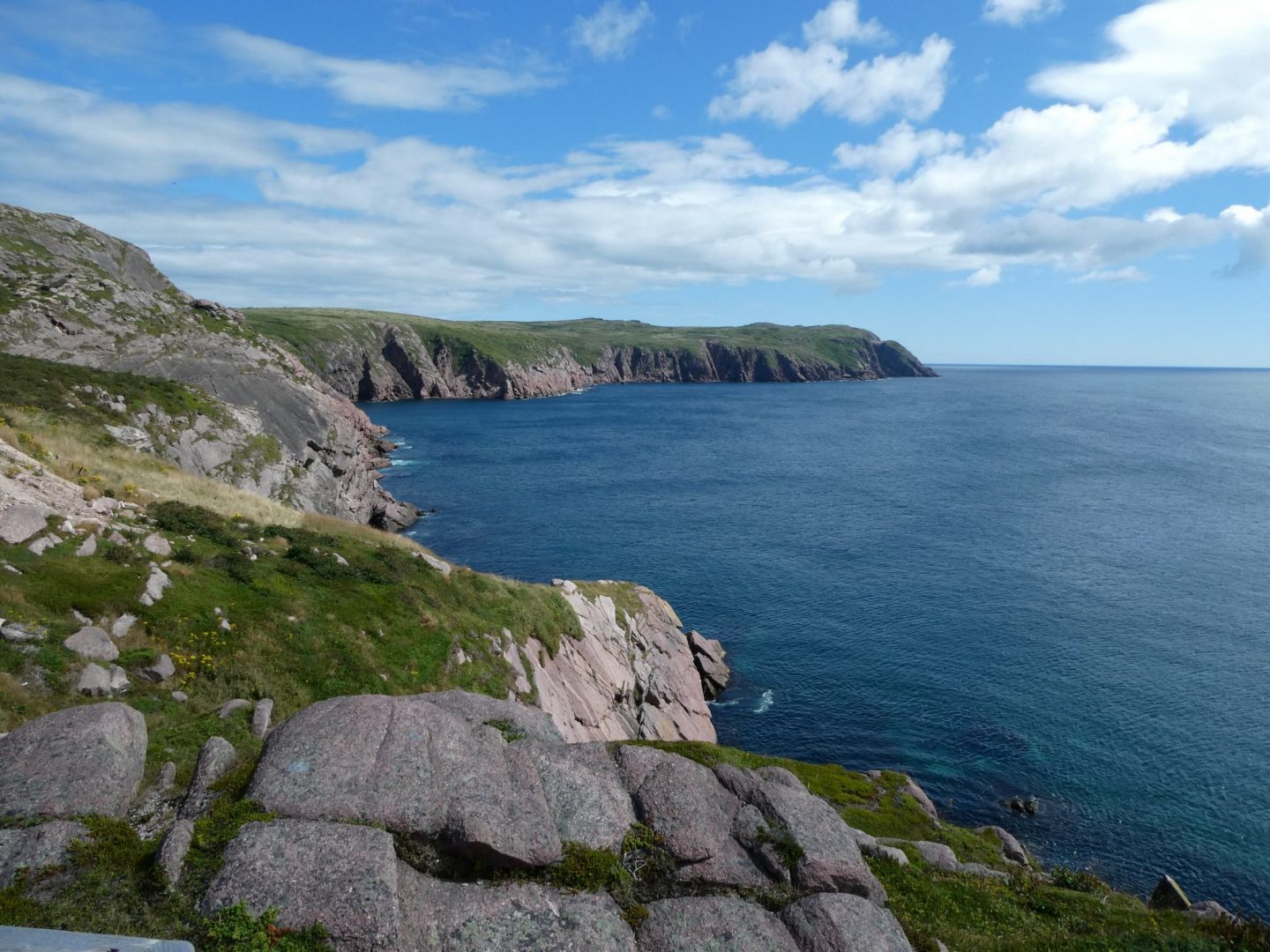 Back in town we visited the Bay de Verde Historic House built in 1896 by a wealthy local businessman, now a museum with a really good exhibition about the halcyon days of cod fishing on the peninsula.

Don’t come to Bay de Verde looking for an oat milk latte.  Or any latte.  But the $CAD5.00 entry fee to the Historic House also gets you a cup of tea and a raisin bun served by enthusiastic volunteers in the old kitchen.  What we Australians would call a scone, the buns are as good as any that a proud CWA member can produce.

On the eastern side of the peninsula, there’s a series of similar sleepy fishing villages with the cutest names.  Heart’s Desire, Heart’s Content, Heart’s Delight.

Heart’s Content was chosen as the location for the first trans-Atlantic submarine telegraph cable and before it arrived in 1866, the town had a total of just 60 houses.   The cable took £1,000 on its first day, a massive sum back then.  As transmissions increased, jobs for signal operators sky rocketed and the town ballooned in size.  Unusual for it’s time, women and men received equal pay.  Jobs with the company were highly prized, and at its peak the company employed 200 people.  A building boom ensued as the company built houses for staff,  and many of these remain.  We stayed in a B&B which the owner’s grandfather had received as part of his employment package.  Quite lovely. 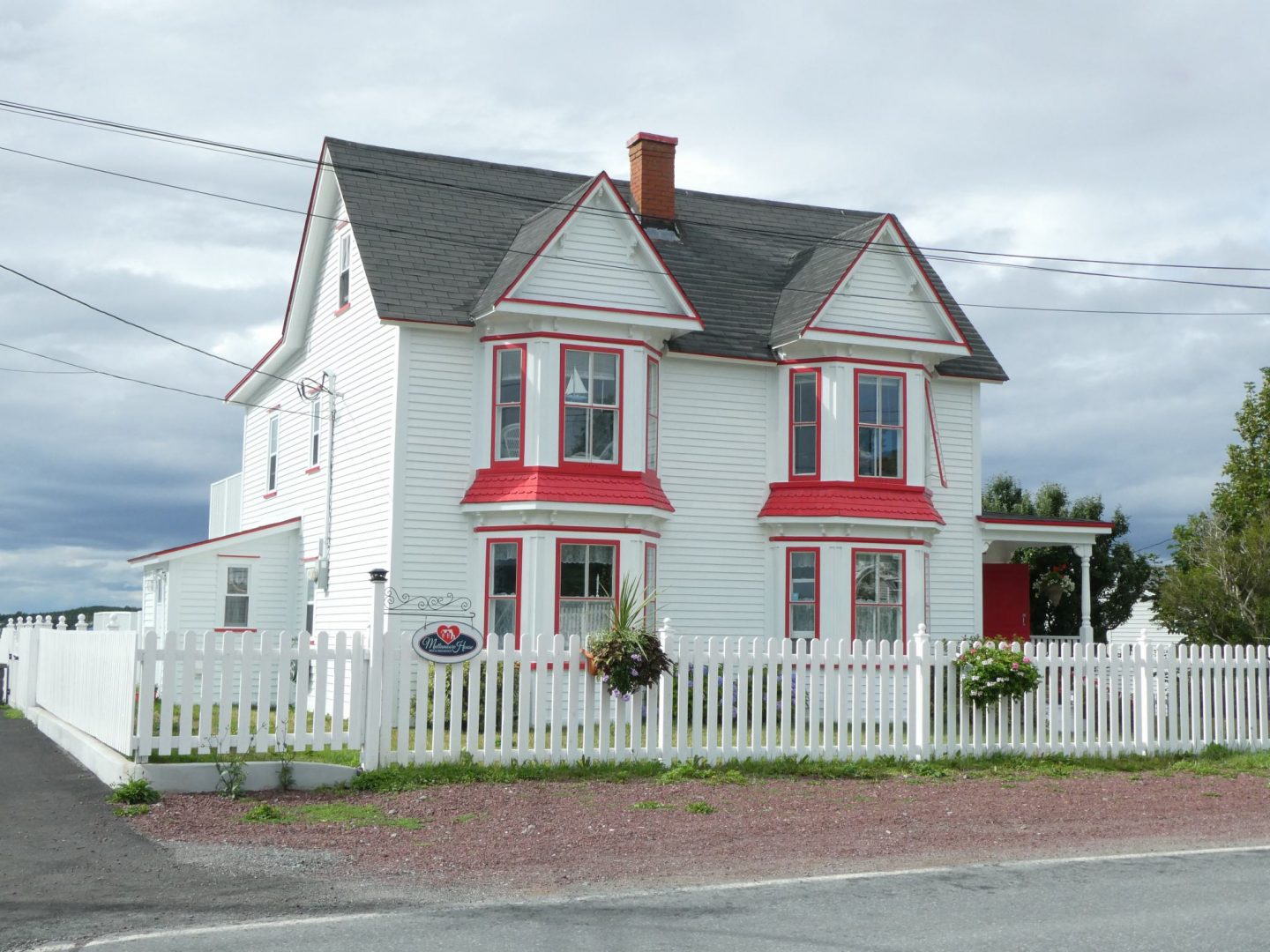 But it all fell away when more instant communication overtook cable.  Now the entire town is home to just 330 people. 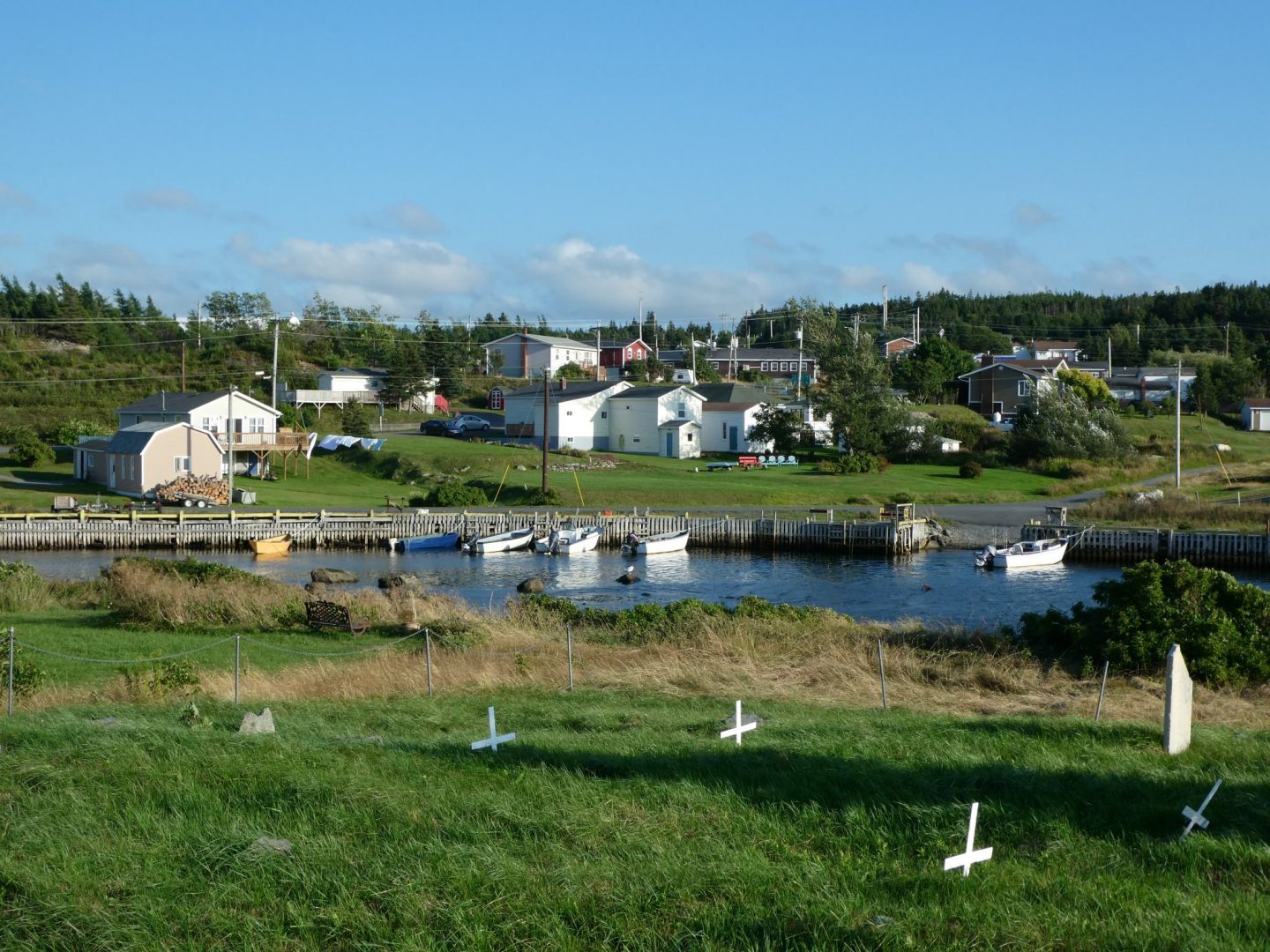 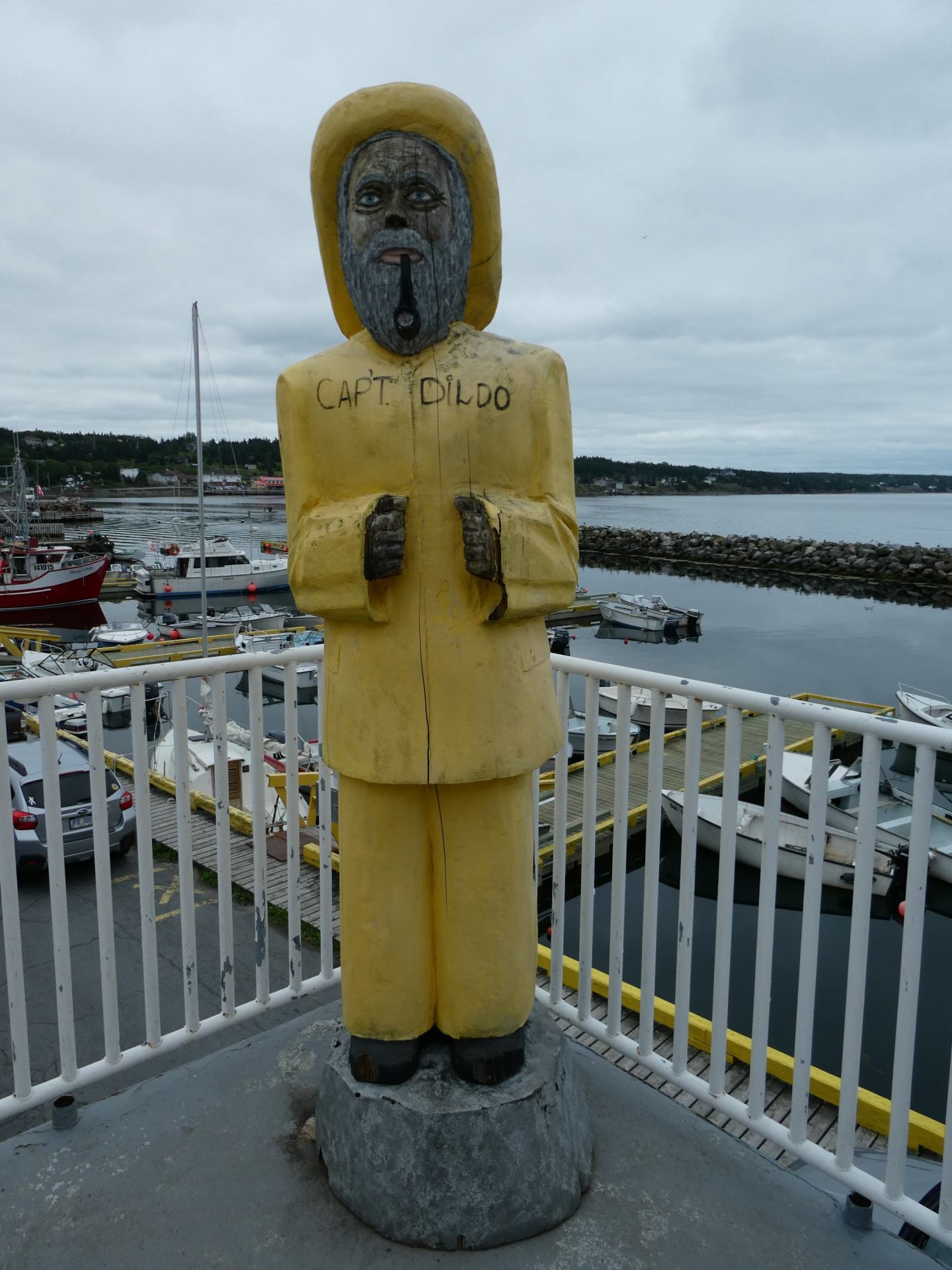 No one knows how the town came to have this name but a few years ago some of the locals got so sick of the jokes, they initiated a vote to change the town’s name.  It failed.  The majority obviously thought it better to embrace it.  And what better way than to put up a massive sign where everyone can see it, from anywhere in town, all the time. 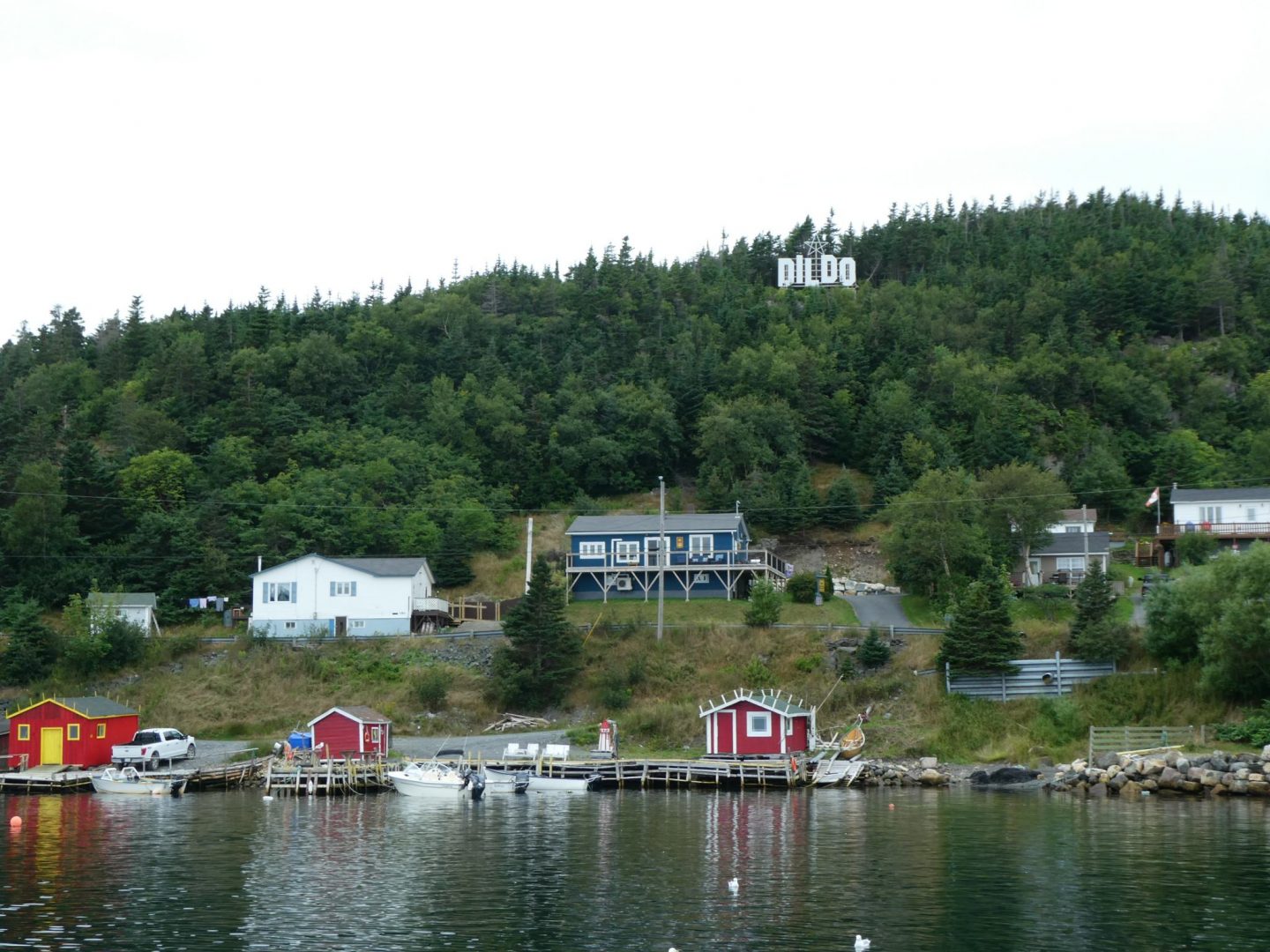 And let’s face it, the name does draw in the tourists. 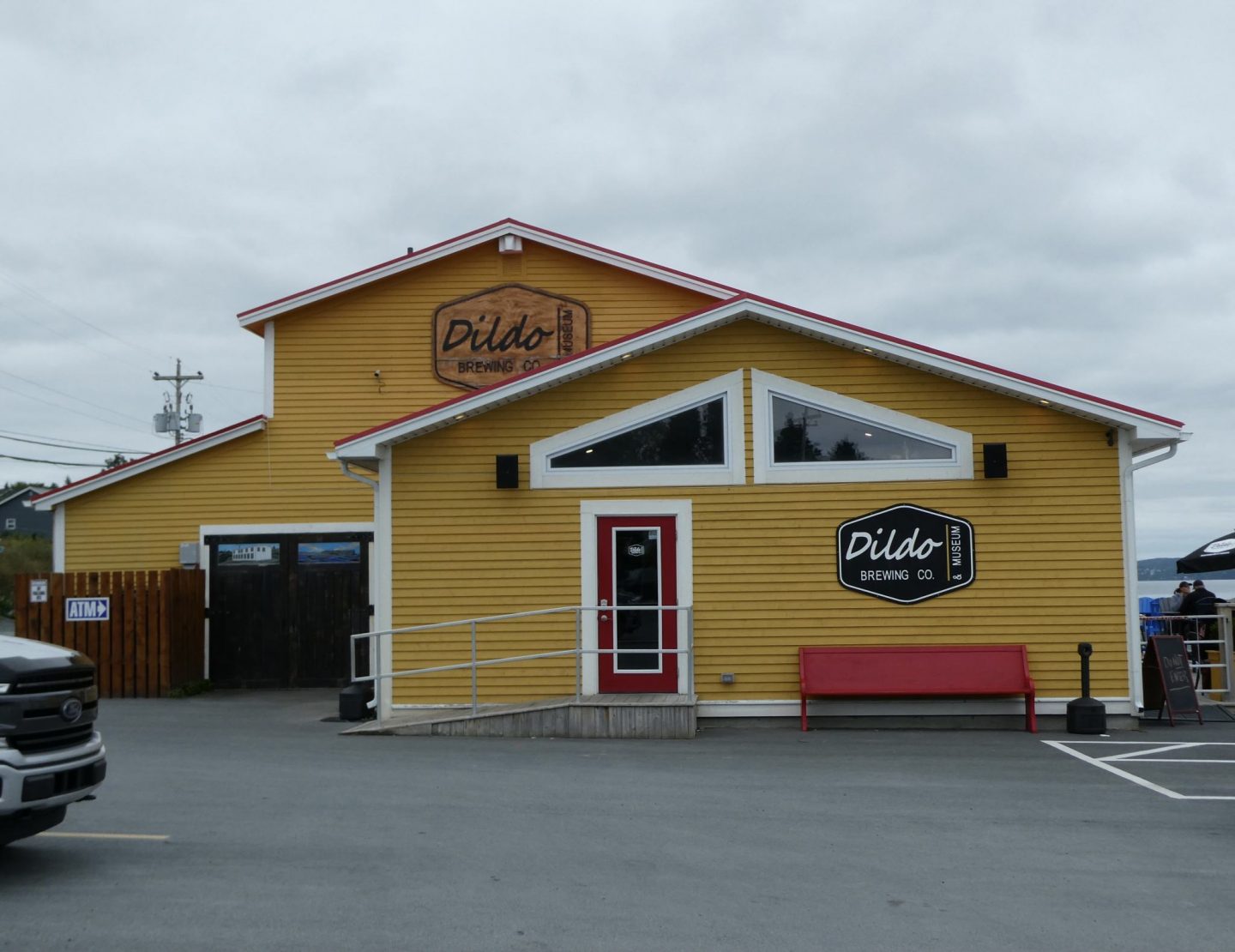 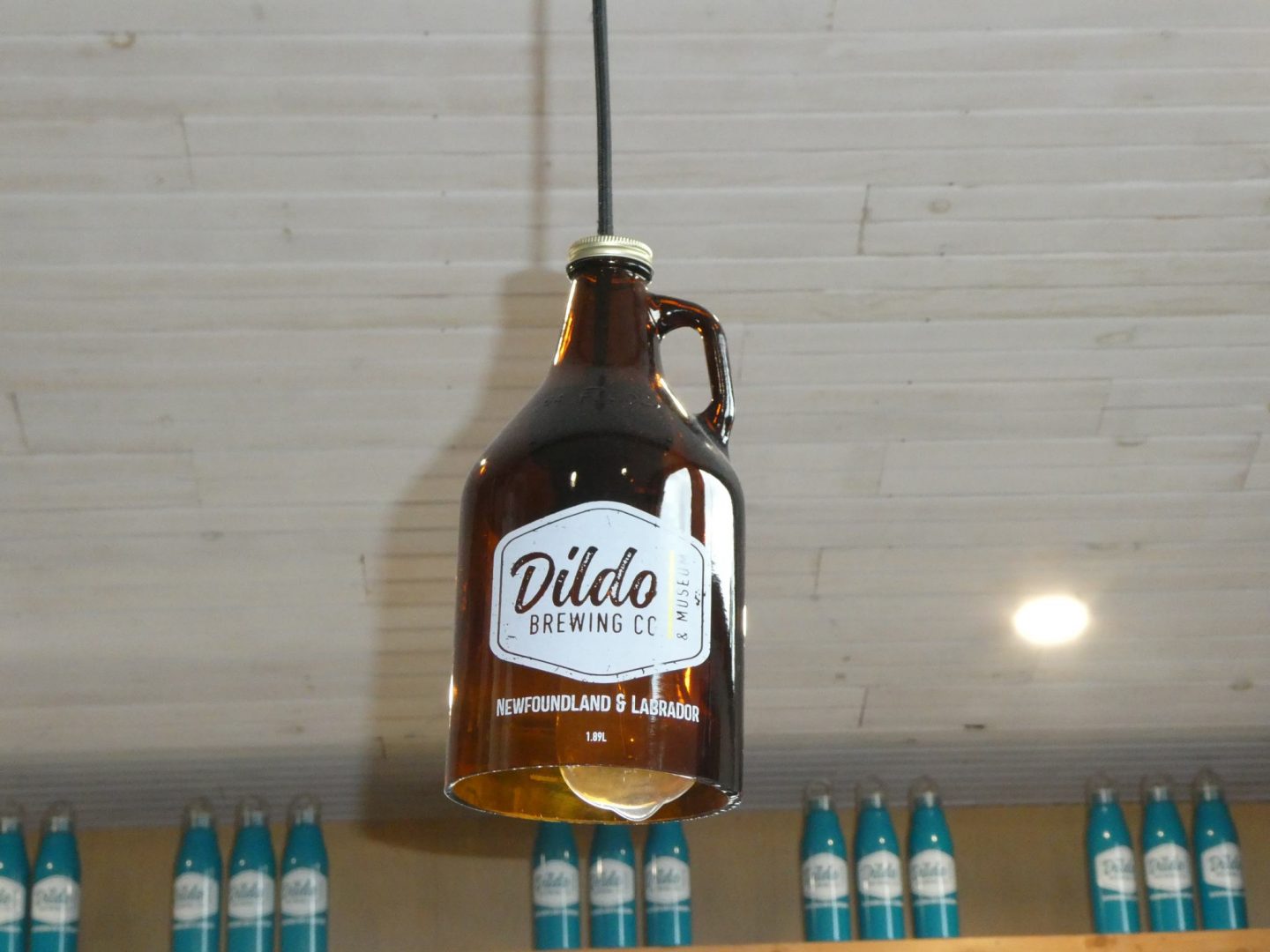 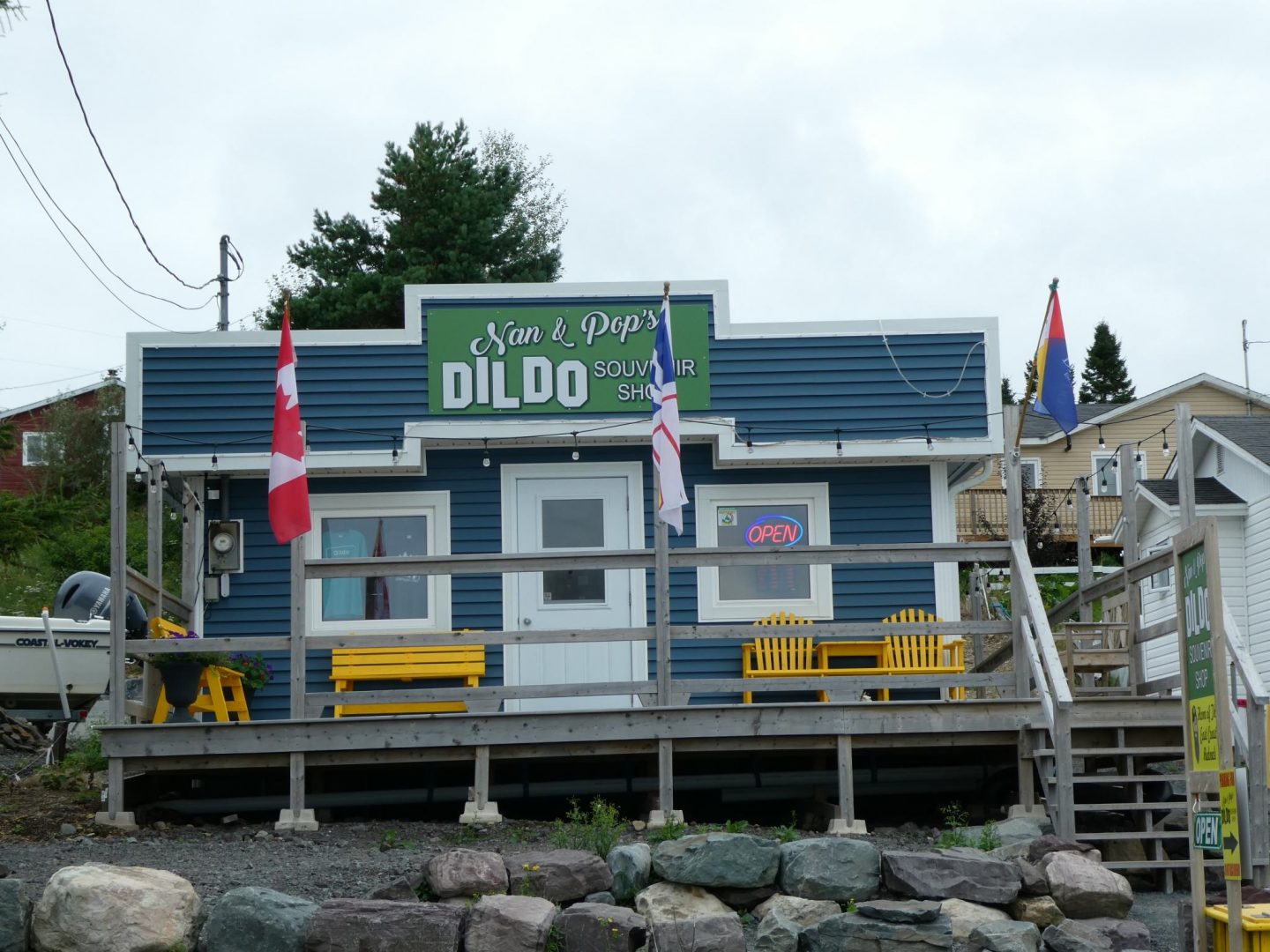 Even the waste bins seem like a visual double entendre. 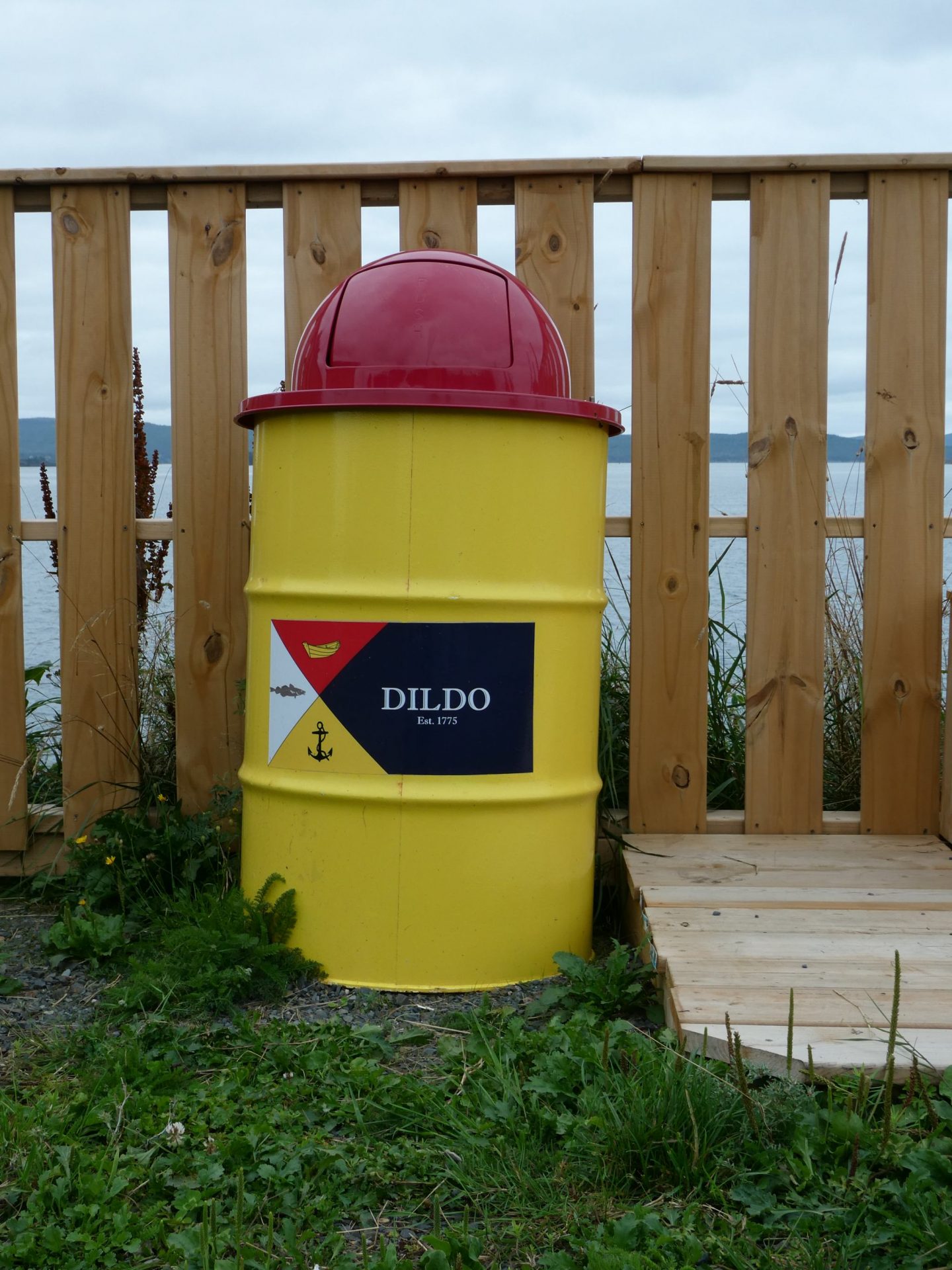 And we had to take this photo.  It just invites a caption competition. 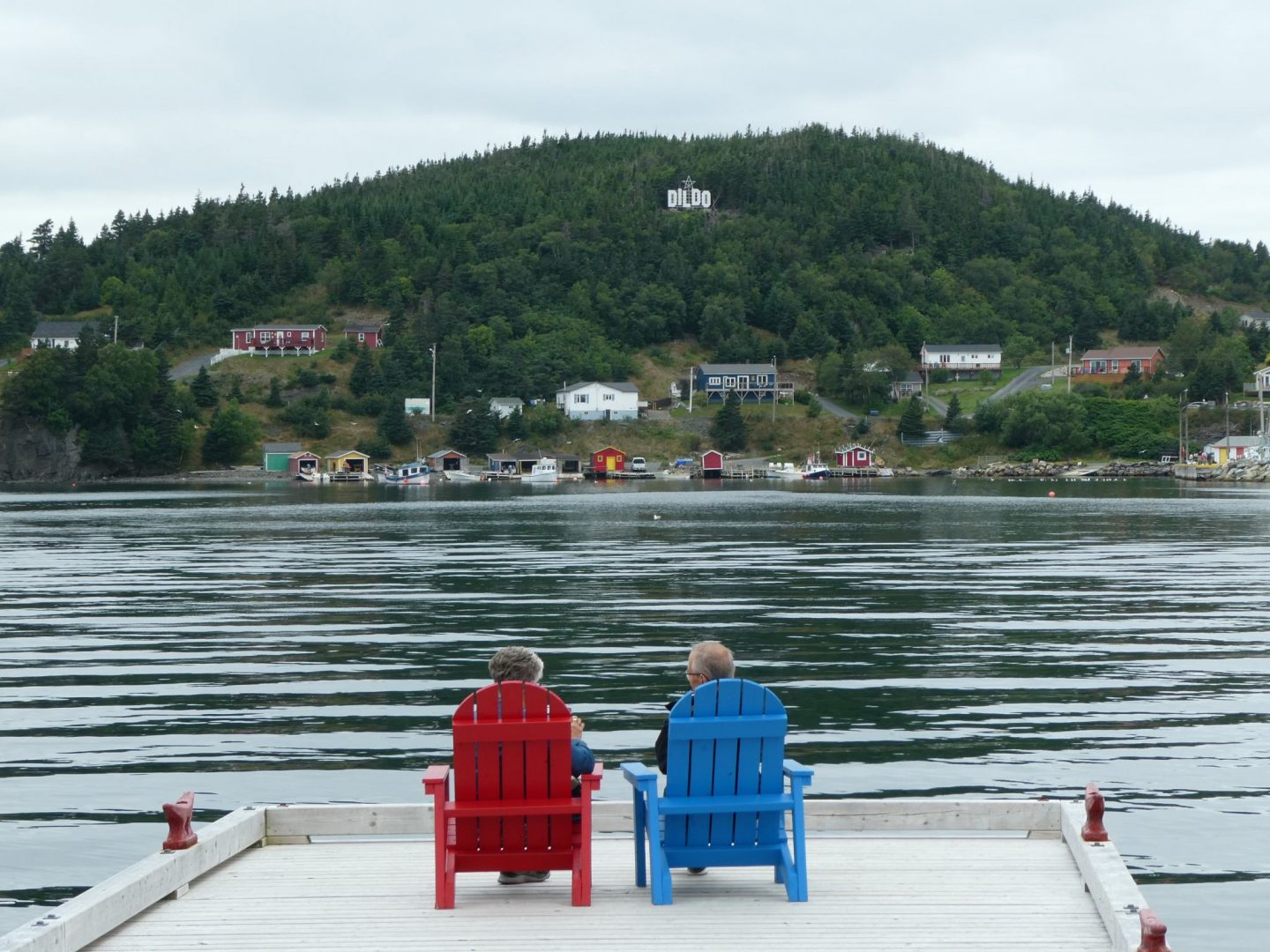