Valletta is the southernmost capital city in Europe and, at just 0.61 square kms, the smallest in the European Union.  It’s also officially Europe’s sunniest capital.

Pope Clement VII and Charles V, Holy Roman Emperor gifted Malta to the Knights of St John in 1530 for an annual fee of one Maltese falcon.  They’d been homeless since being ousted from Rhodes by the Ottomans seven years earlier.

The Knights initially set up their operations at Birgu, a peninsula on the Grand Harbour opposite what later became Valletta.  But they established fortified bastions all around the Grand Harbour including one at the tip of the Scibberas Peninsula.  Fort St Elmo, dedicated to the patron saint of mariners, was meant to be the jewel in the crown. 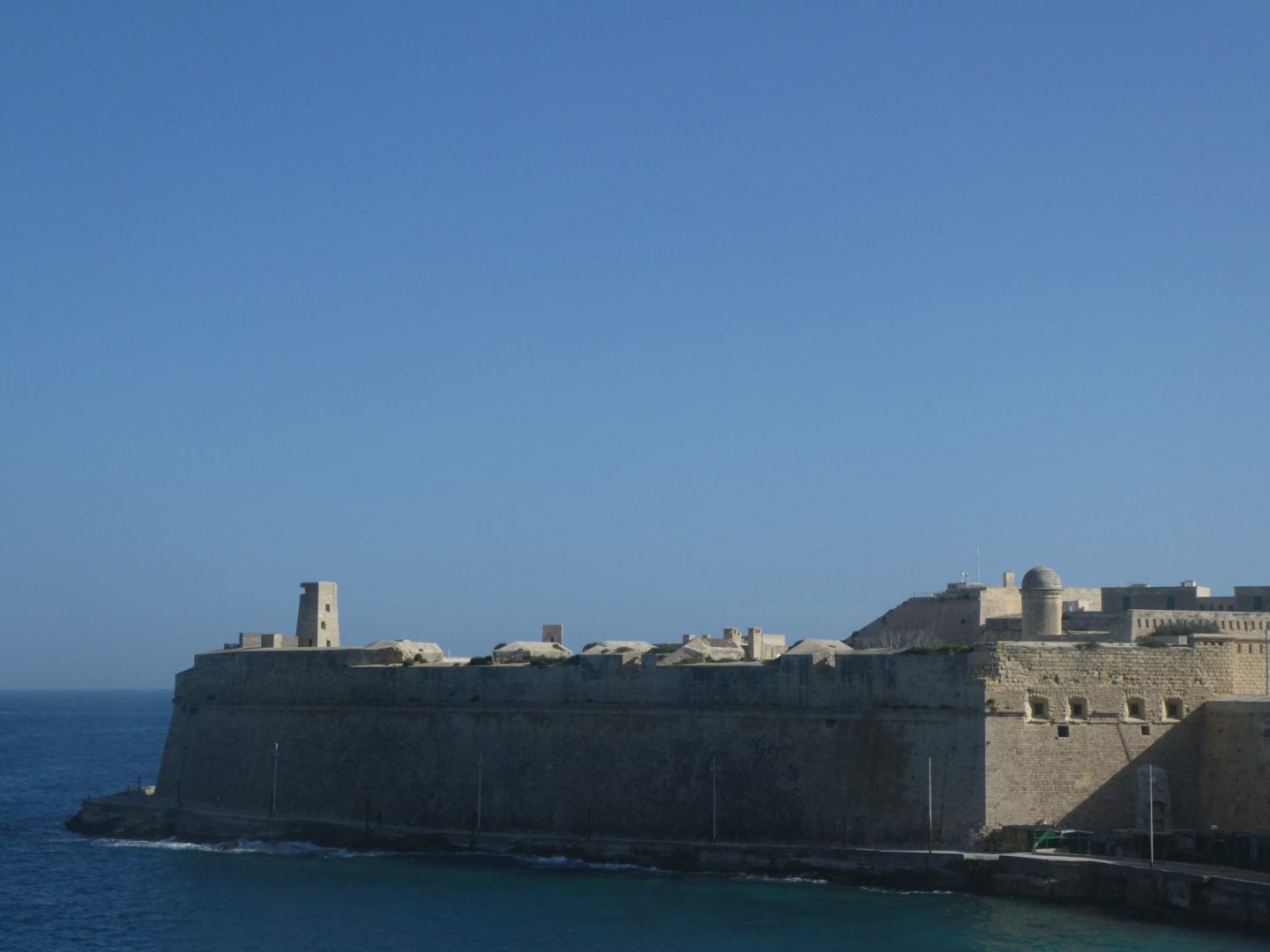 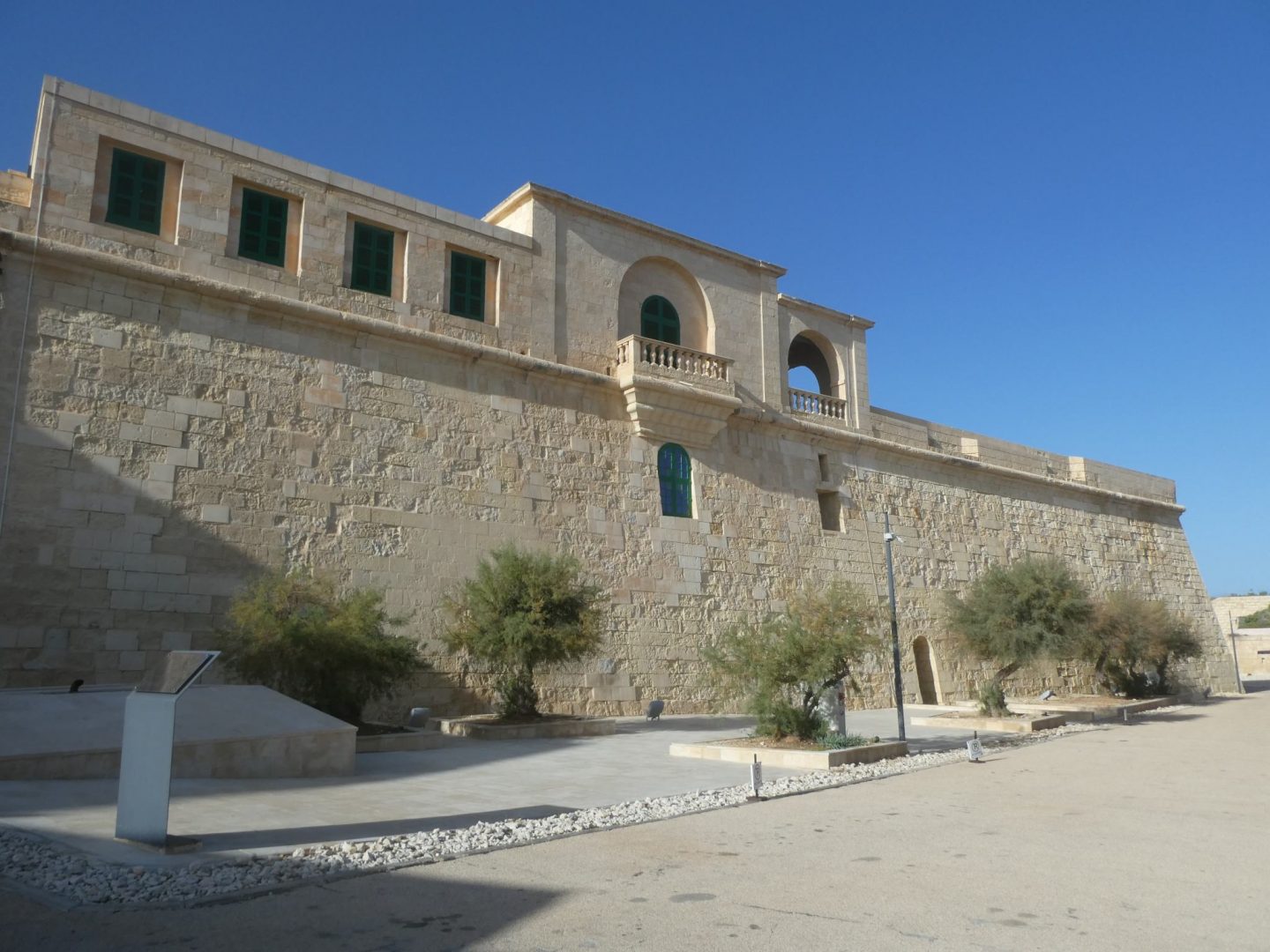 In 1565 the Ottomans captured Fort St Elmo in what came to be known as the Great Siege.  With 15,000 troops at the ready, taking the rest of Malta should have been easy.  The Knights were down to 600 fighting men.  But the Ottomans were tricked into thinking a small battalion arriving from Sicily to help the Knights was much larger than it actually was.  Winter winds were coming and they feared a long battle would prevent them returning home.  They withdrew and headed off.  Their conquering run was over.

A comprehensive restoration of Fort St Elmo was completed in 2015 and it now houses the National War Museum.   Very clever and engaging audiovisual displays track the history of the island from the time of the Knights through the brief Napoleonic period, the British era, WWII and Malta’s independence in 1974.

In the courtyard outside, what look like the bases of old Roman columns are actually the lids of underground granaries. 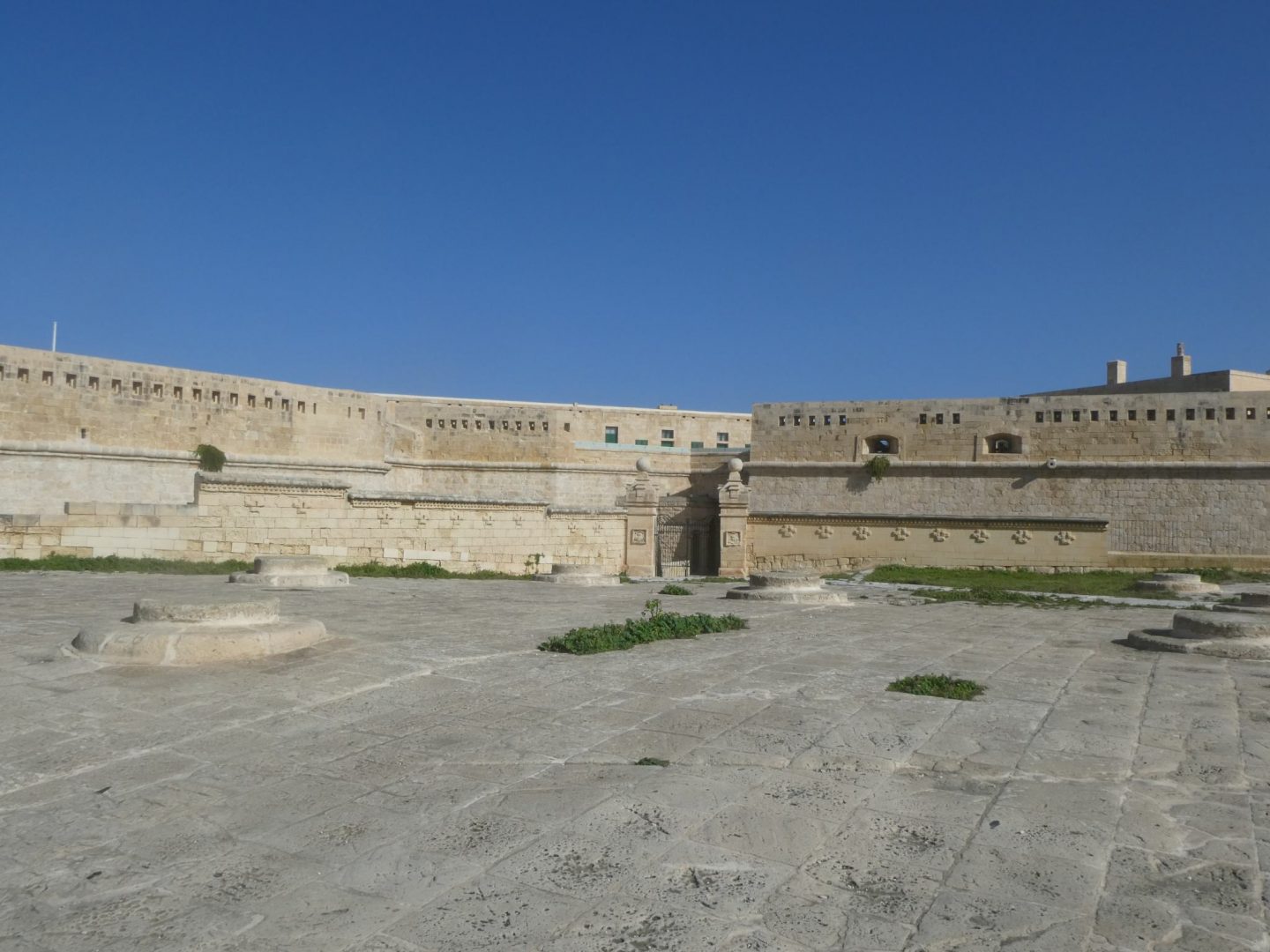 After the Great Siege, the victorious Grand Master, Jean de la Vallette decided to build a grand, fortified city to cover the whole Sciberras peninsula and move the Knights’ administrative and religious centre there.  And thus, the first ‘planned from scratch’ city in Europe was born.  Fearing a further Ottoman attack, the whole city was completed in just five years.

When the cornerstone of the city was placed, city elders proclaimed “There will come a time when every piece of land on Sciberras will be worth its weight in gold”. That time is now!

The whole of Valletta is UNESCO listed and, with more than 320 individual recognised monuments, it is one of the most concentrated historic areas in the world.  It’s often called an ‘open air museum’.  Quite literally, the whole town area is old or sympathetically restored, which in itself is remarkable considering the damage it suffered from German and Italian bombing in WWII. 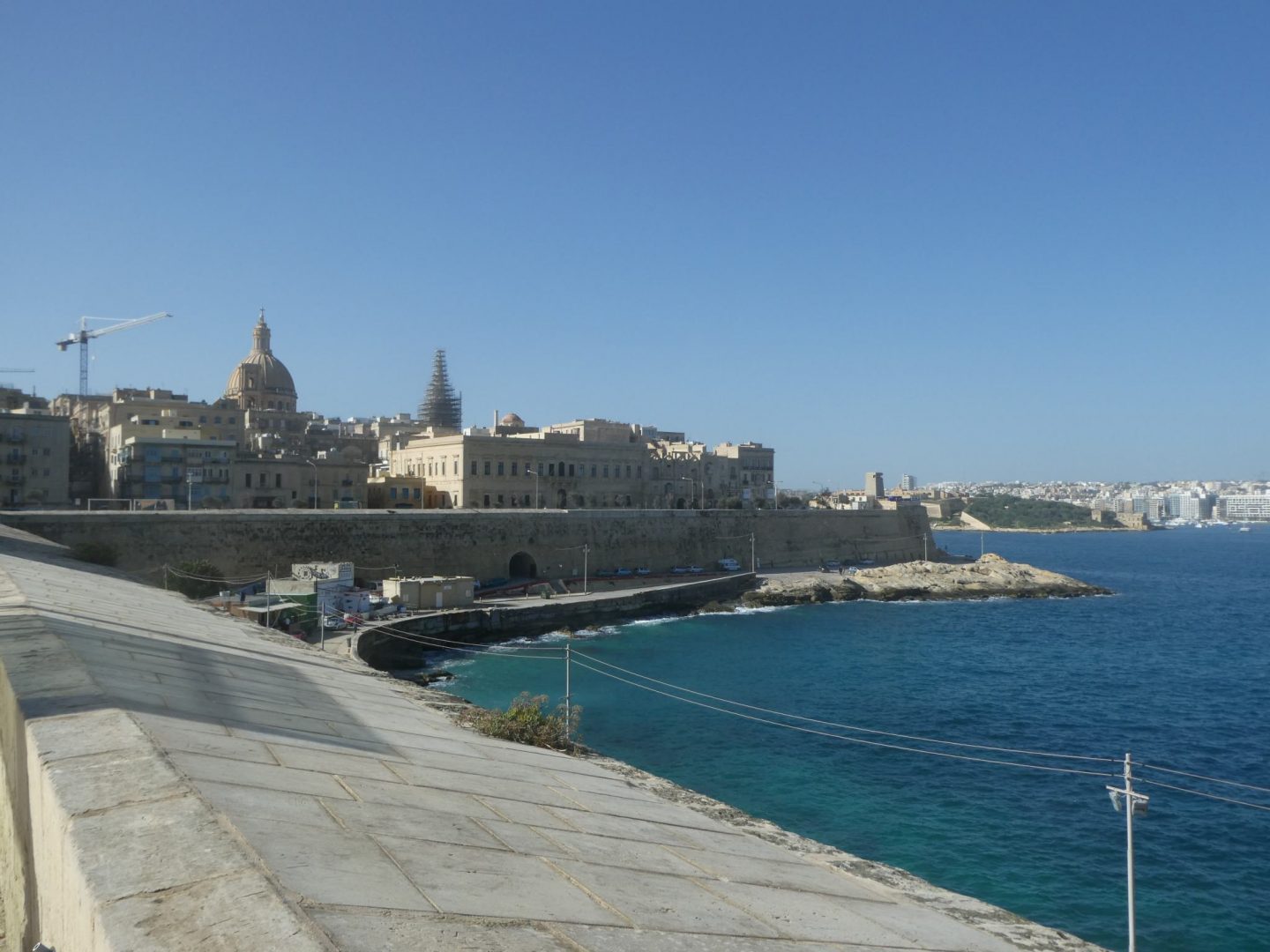 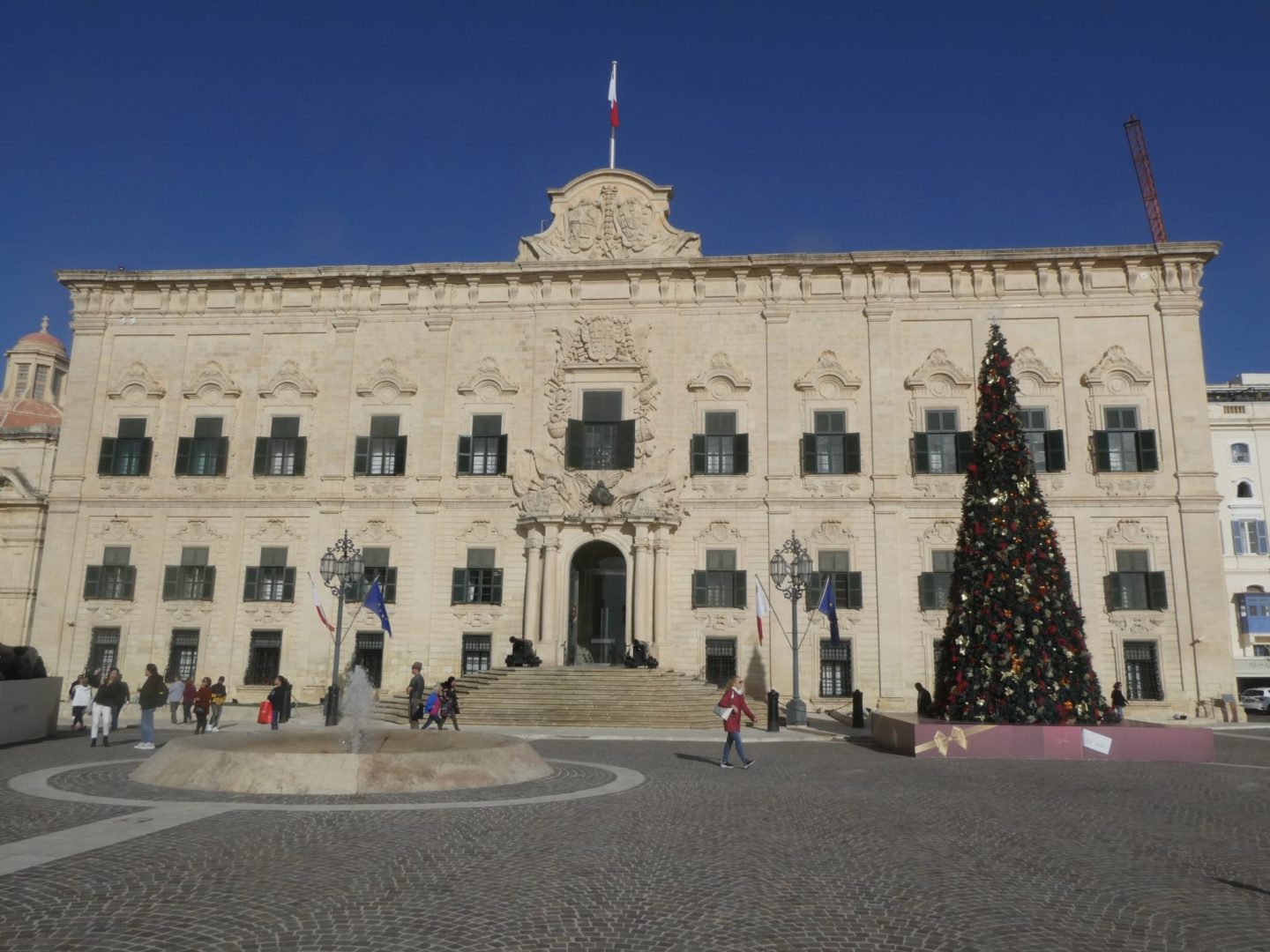 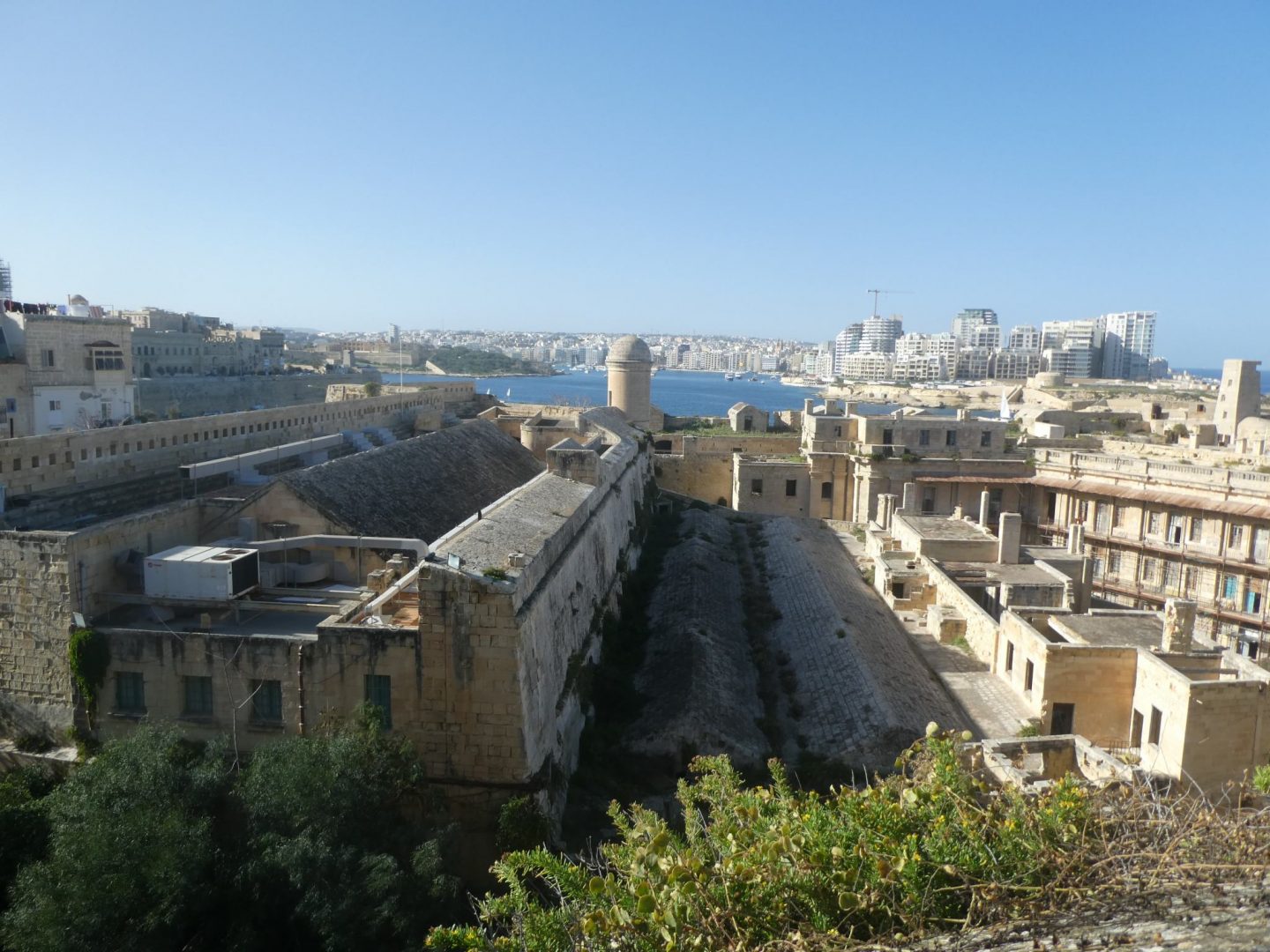 St John’s Co-Cathedral was built in 1573-8 in fairly plain style.  But in the 1660s a later Grand Master ordered a redecoration of the interior to rival the grand churches of Rome.  The result is considered one of the finest examples of high Baroque architecture in the world.  It is stunning.

The ceiling is completely covered by frescoes by Mattia Preti. 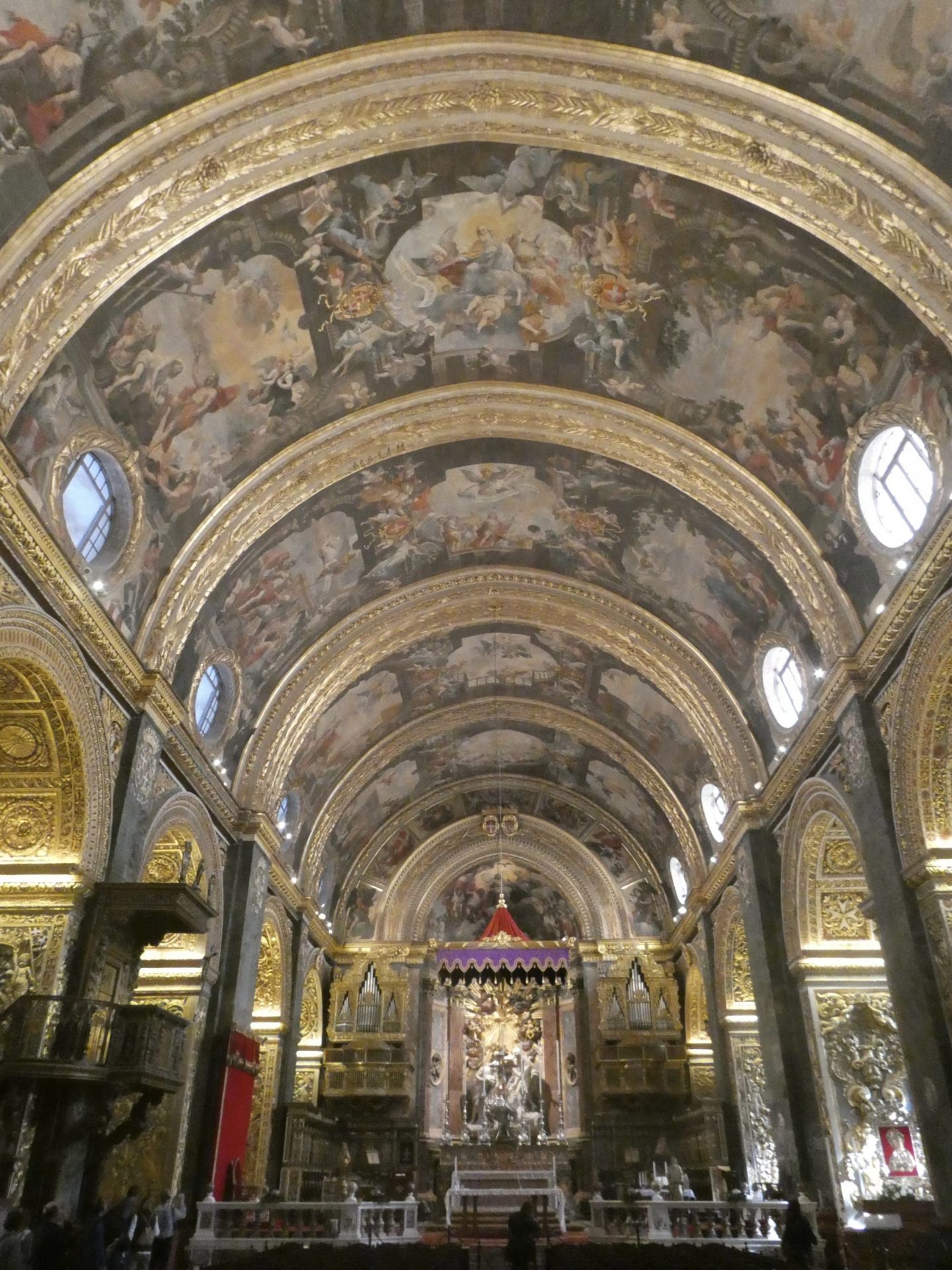 What’s truly remarkable is that all that decoration on the columns and arches is not stucco.  It was carved into the limestone columns and painted. 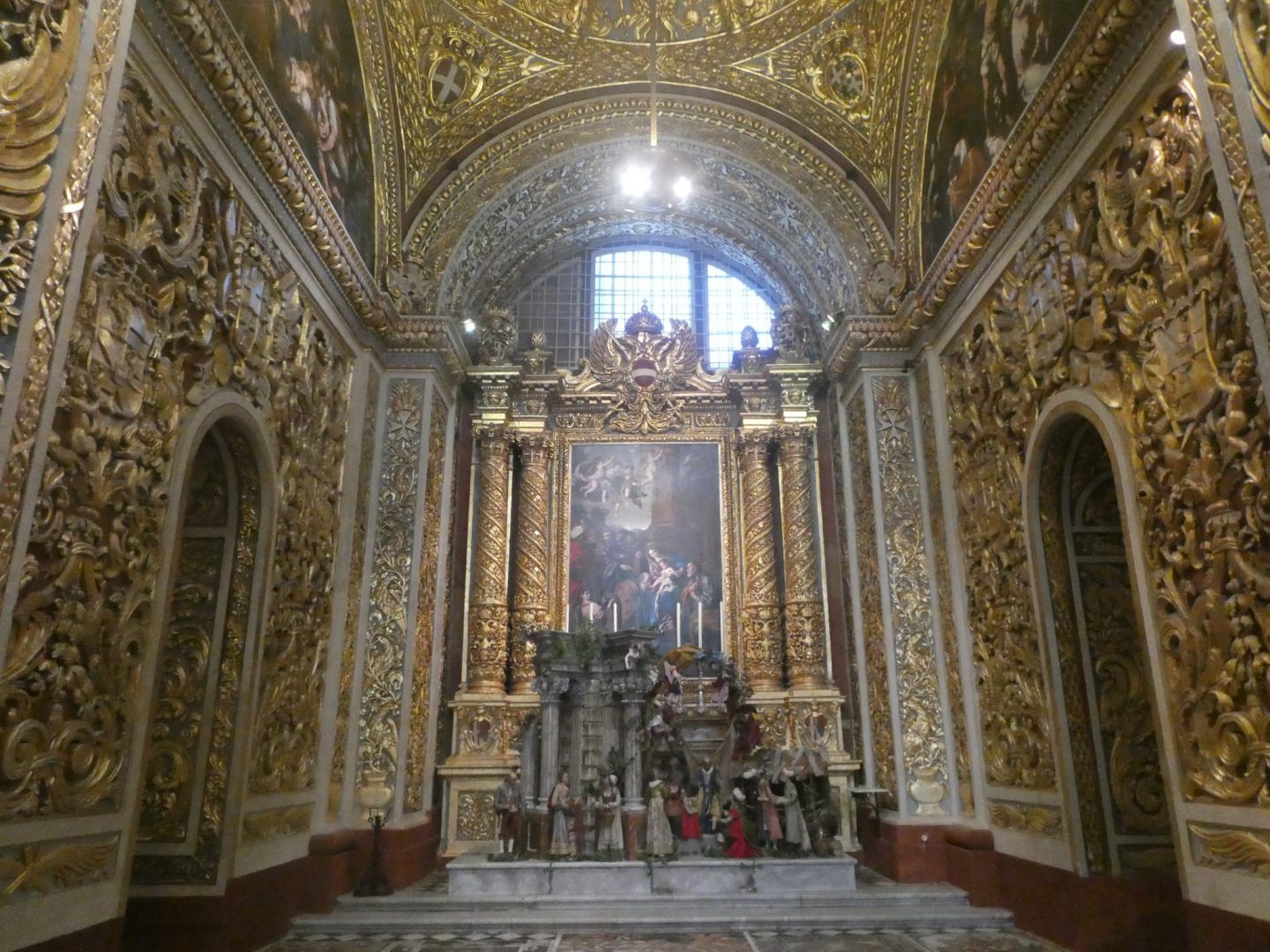 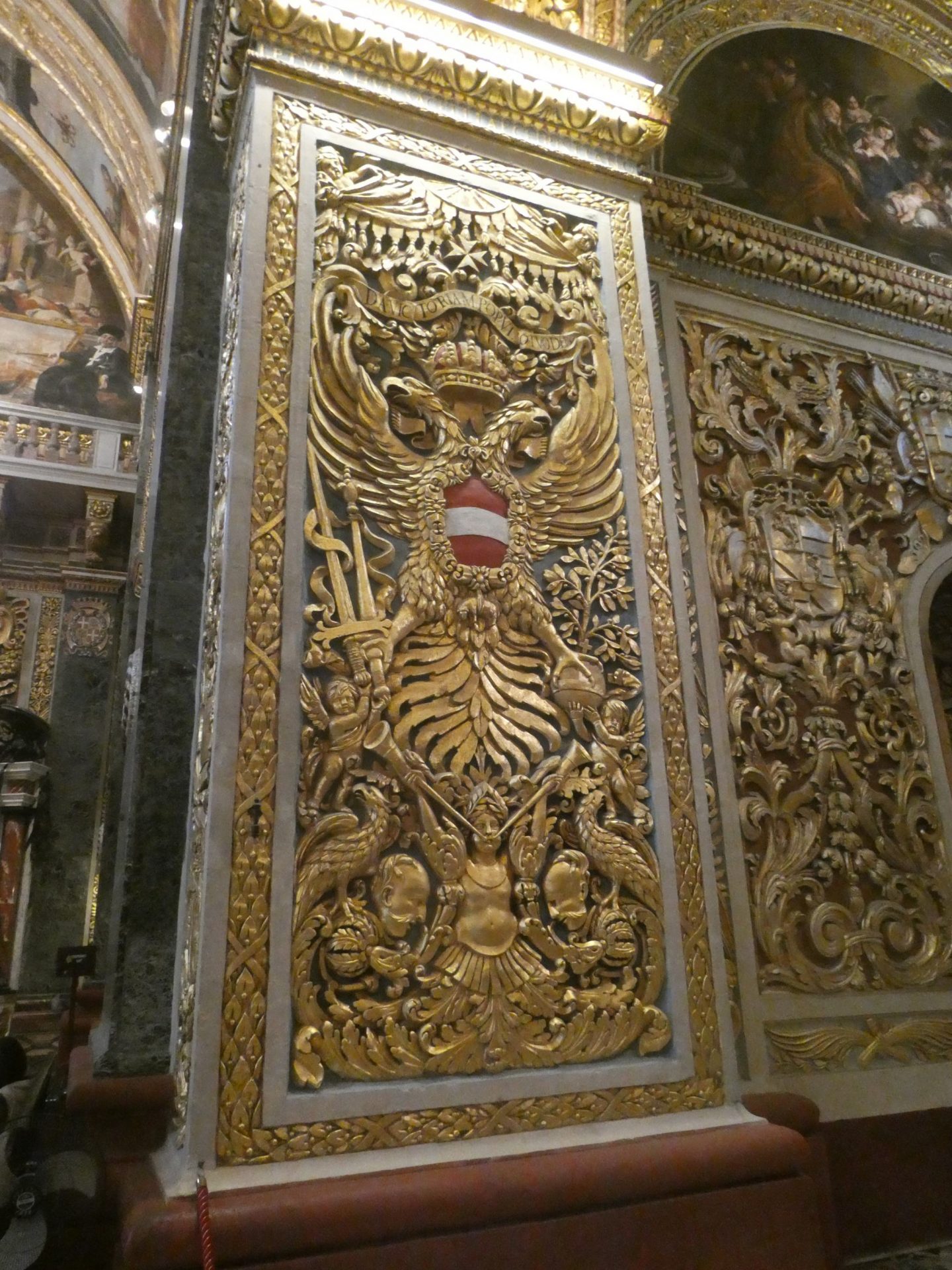 On the sides of the nave are nine chapels, one dedicated to Our Lady of Philermos and the others to the patron saints of each of the eight divisions of the Knights.  They are as ornate as the nave. 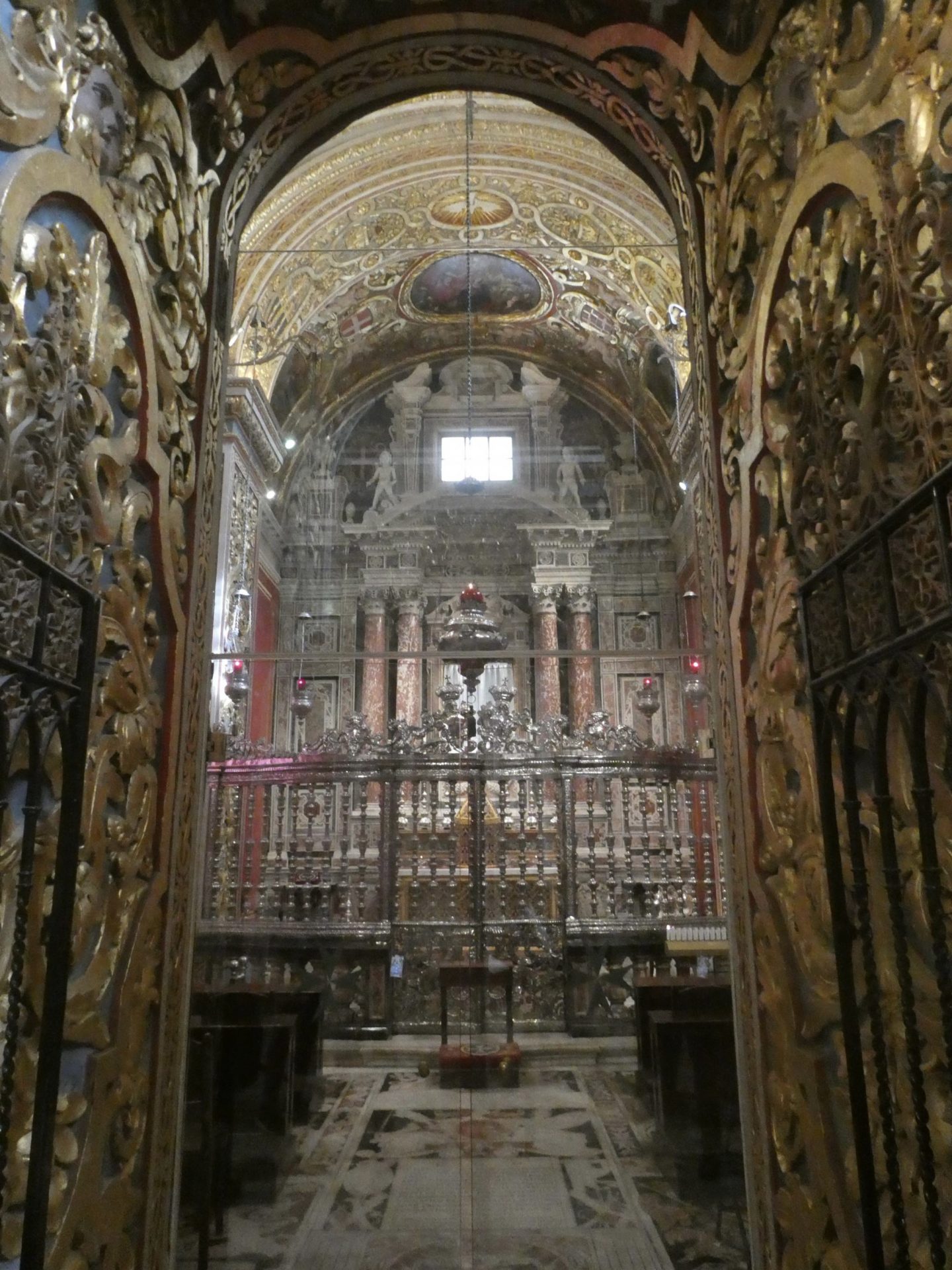 The floor is paved with the marble tomb stones of about 400 Knights and officers of the Order.  There’s a definite skeleton theme. 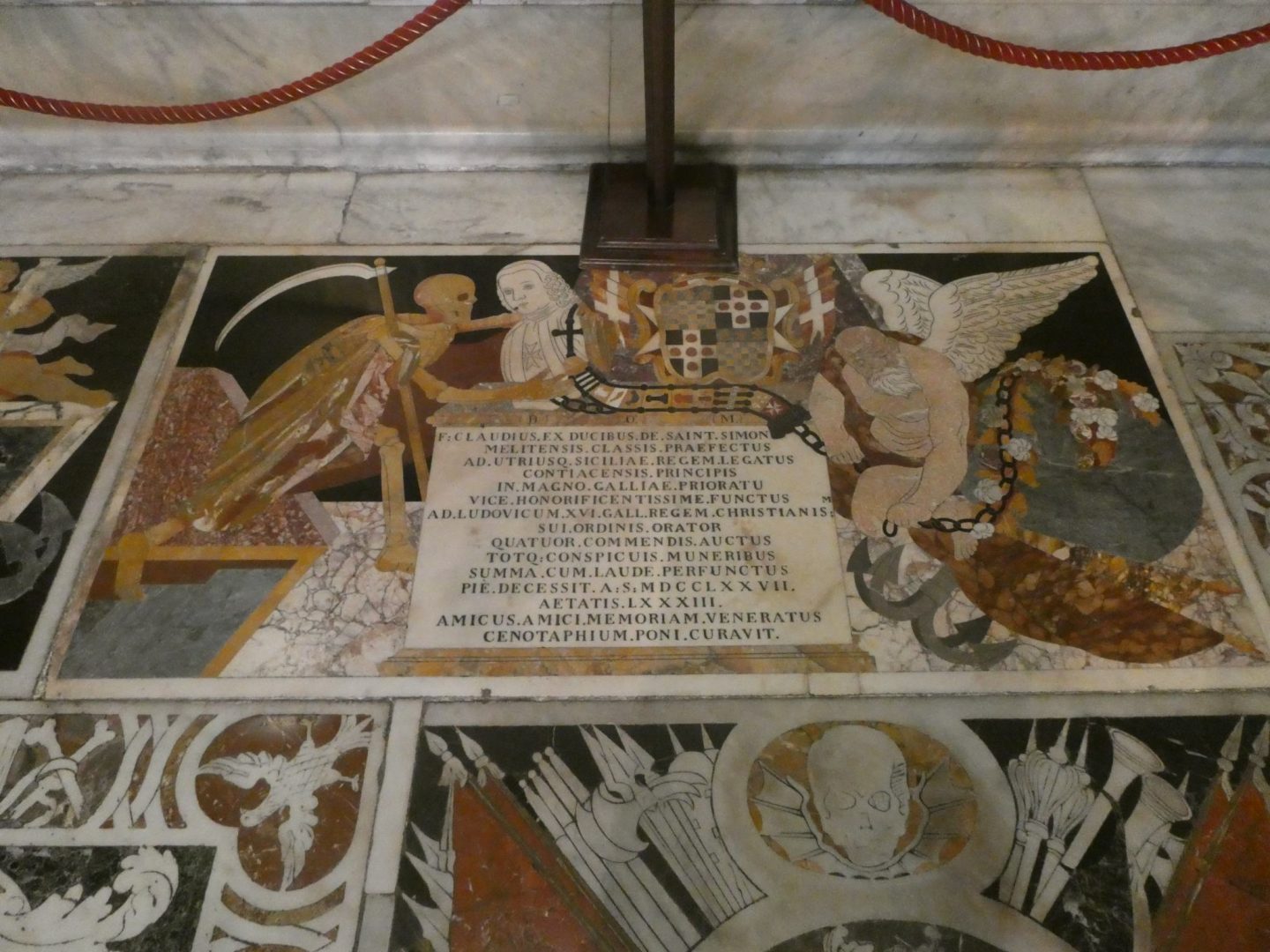 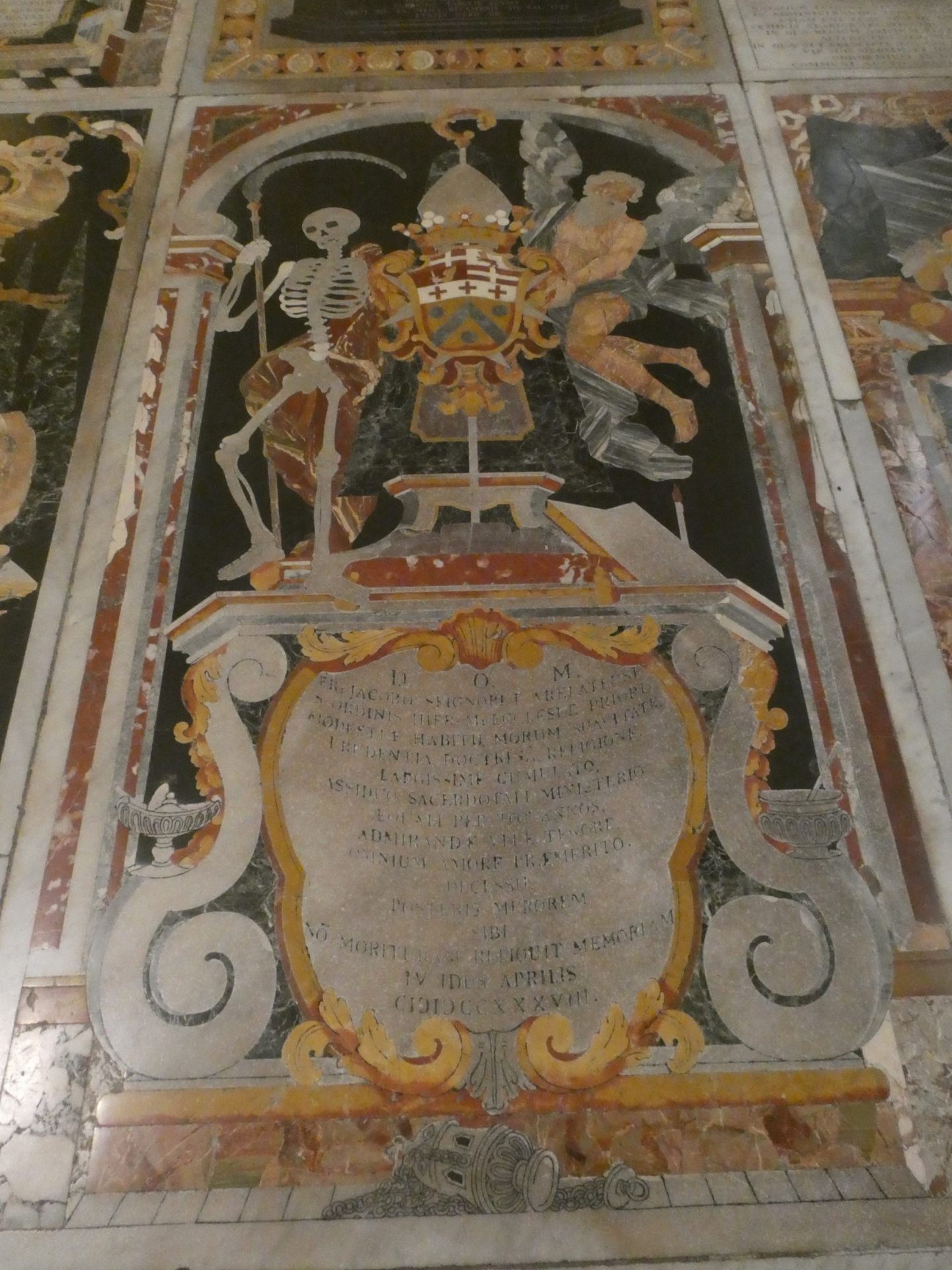 In the Oratory is Caravaggio’s largest painting on canvas and the only one he ever signed, The Beheading of John the Baptist. 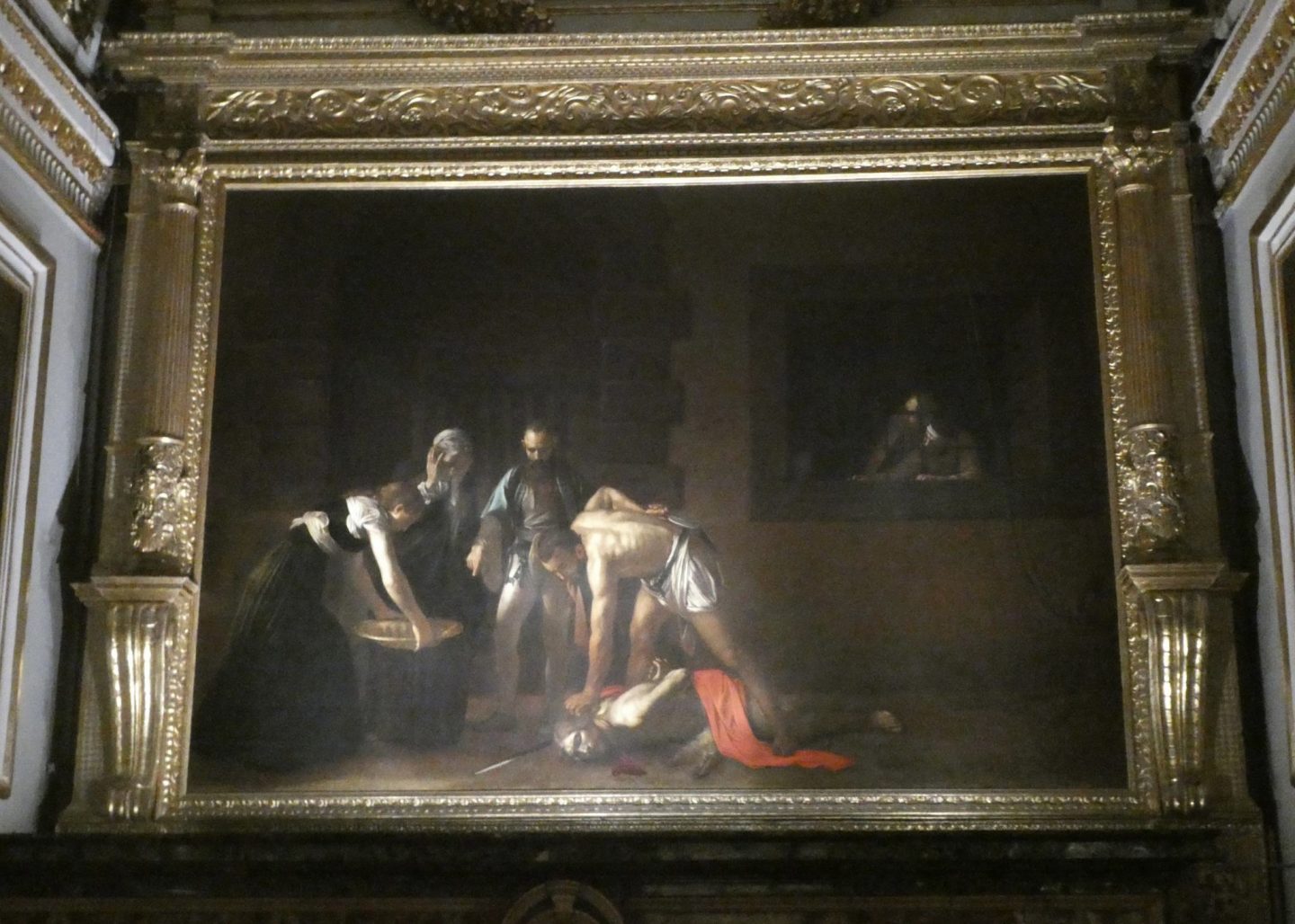 The tranquil Upper Barrakka Gardens were built as a shady spot for the Knights to relax.  From the balcony, the view across the Grand Harbour to the Knights’ original stamping ground is one of the best views in Valletta. 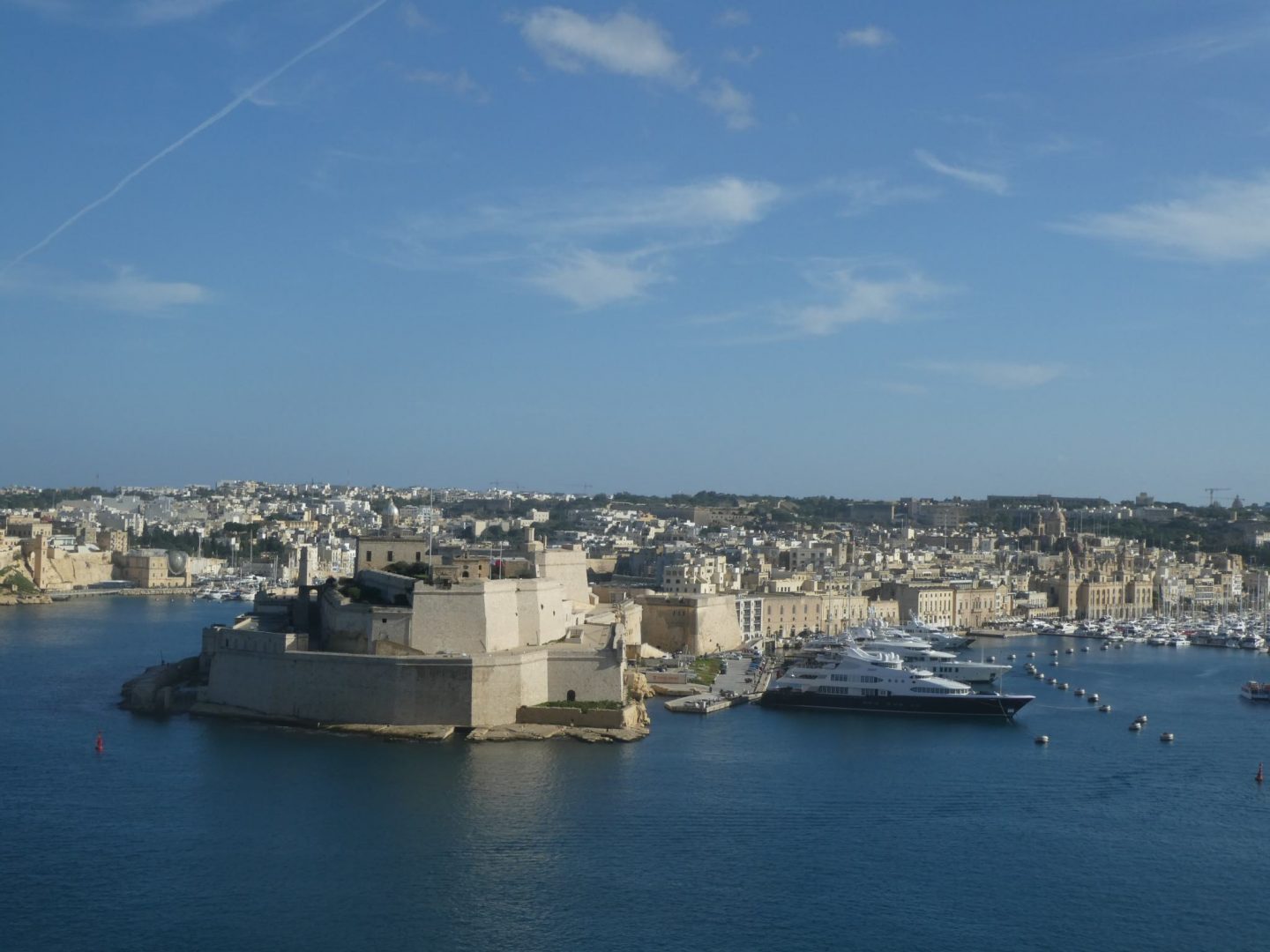 From their original position in Birgu, over time, the Knights expanded and fortified an area enclosing two peninsulas and the area behind into a huge double-fortified harbour city.  After the Great Siege, the peninsulas were renamed Vittoriosa (Victory) and Sengla (Unconquered) and the area behind was named Cospicua (Conspicuous – a reference to the bravery of its citizens during the seige).   They are now collectively referred to as The Three Cities.

A ferry makes the quick crossing from Valletta. 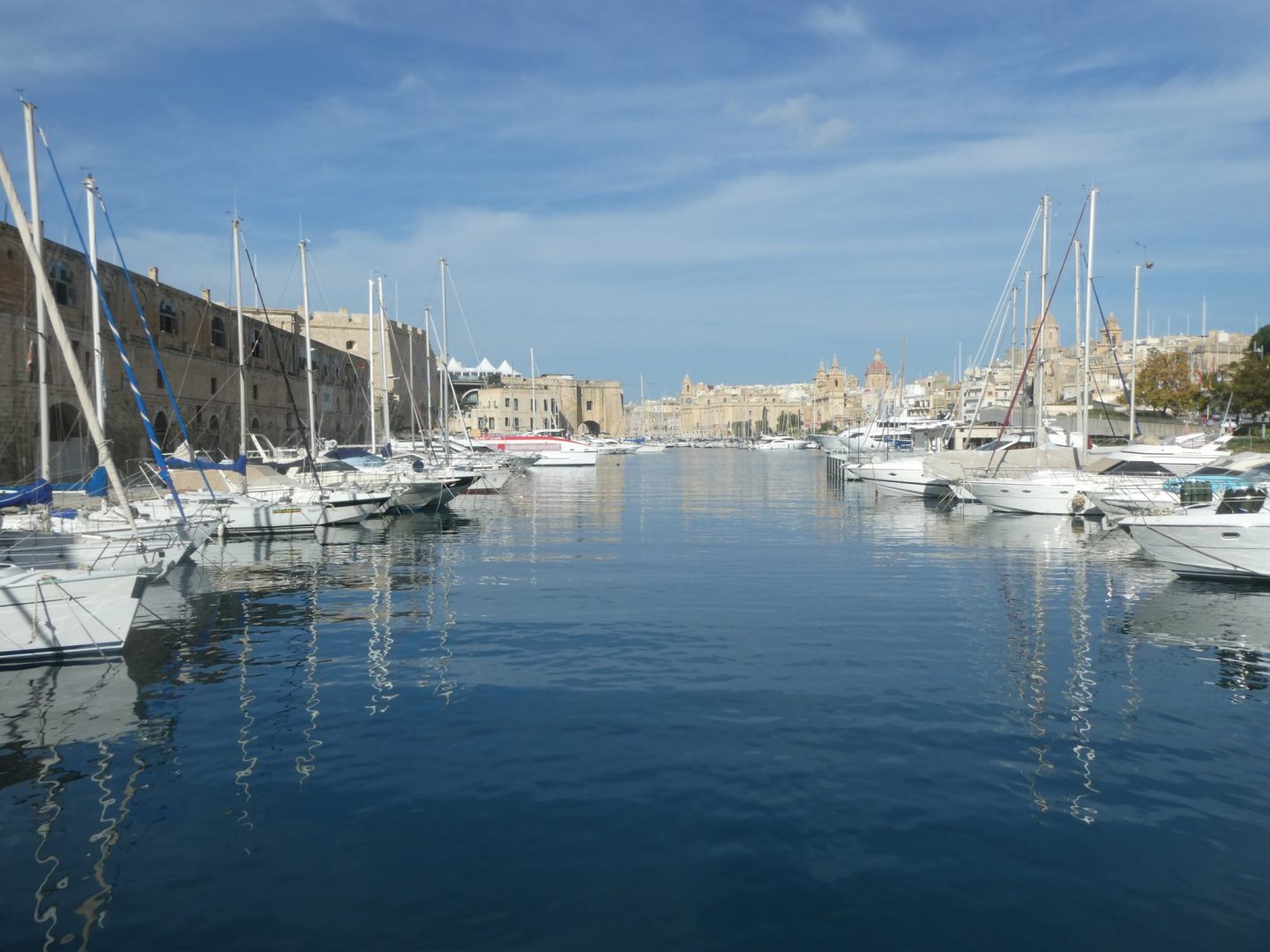 The Three Cities area is small enough that it’s easy to walk the peninsulas and through the town in a few hours.  It’s quiet, mostly pedestrianised and surprisingly, not many tourists come here. 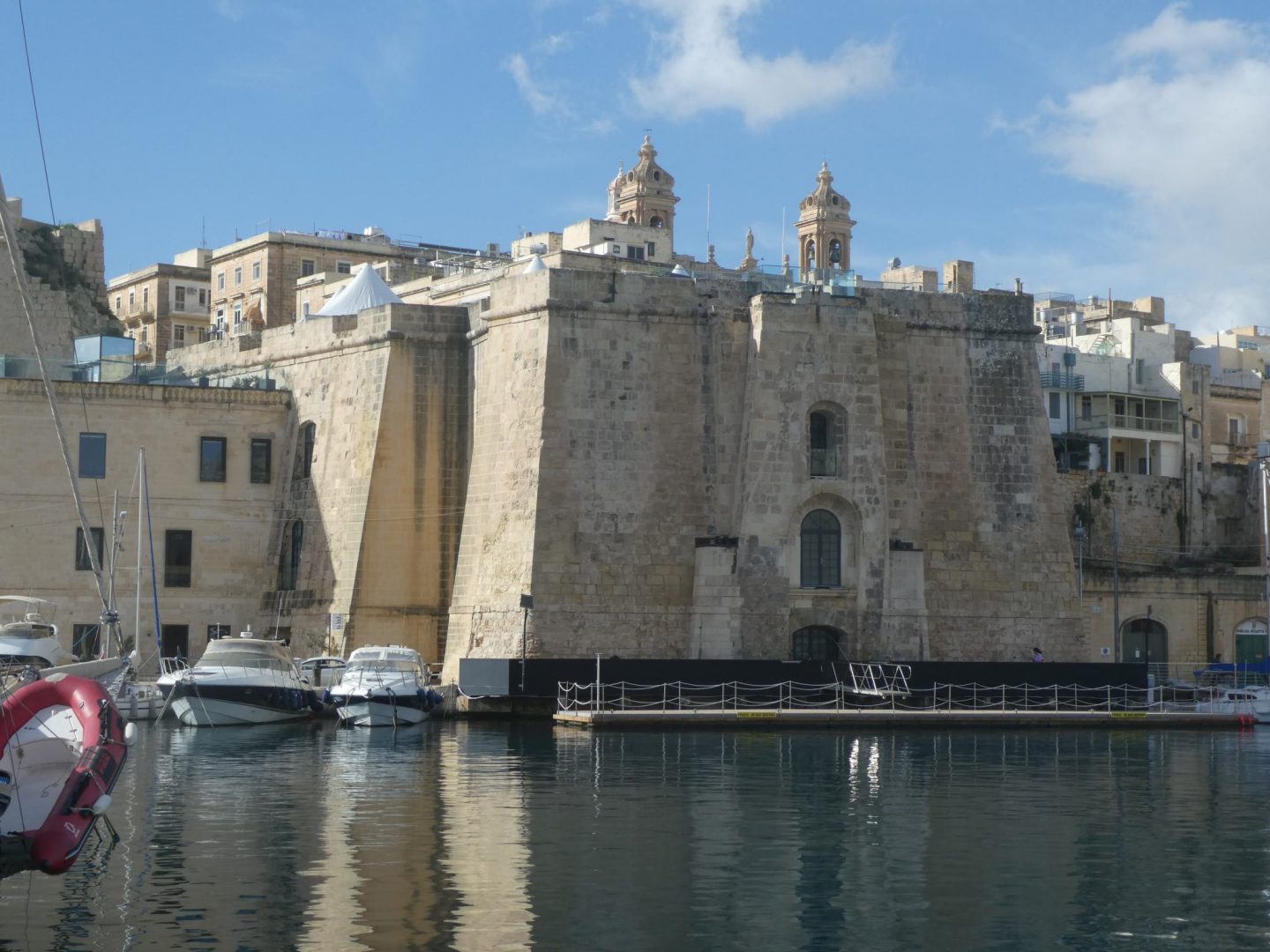 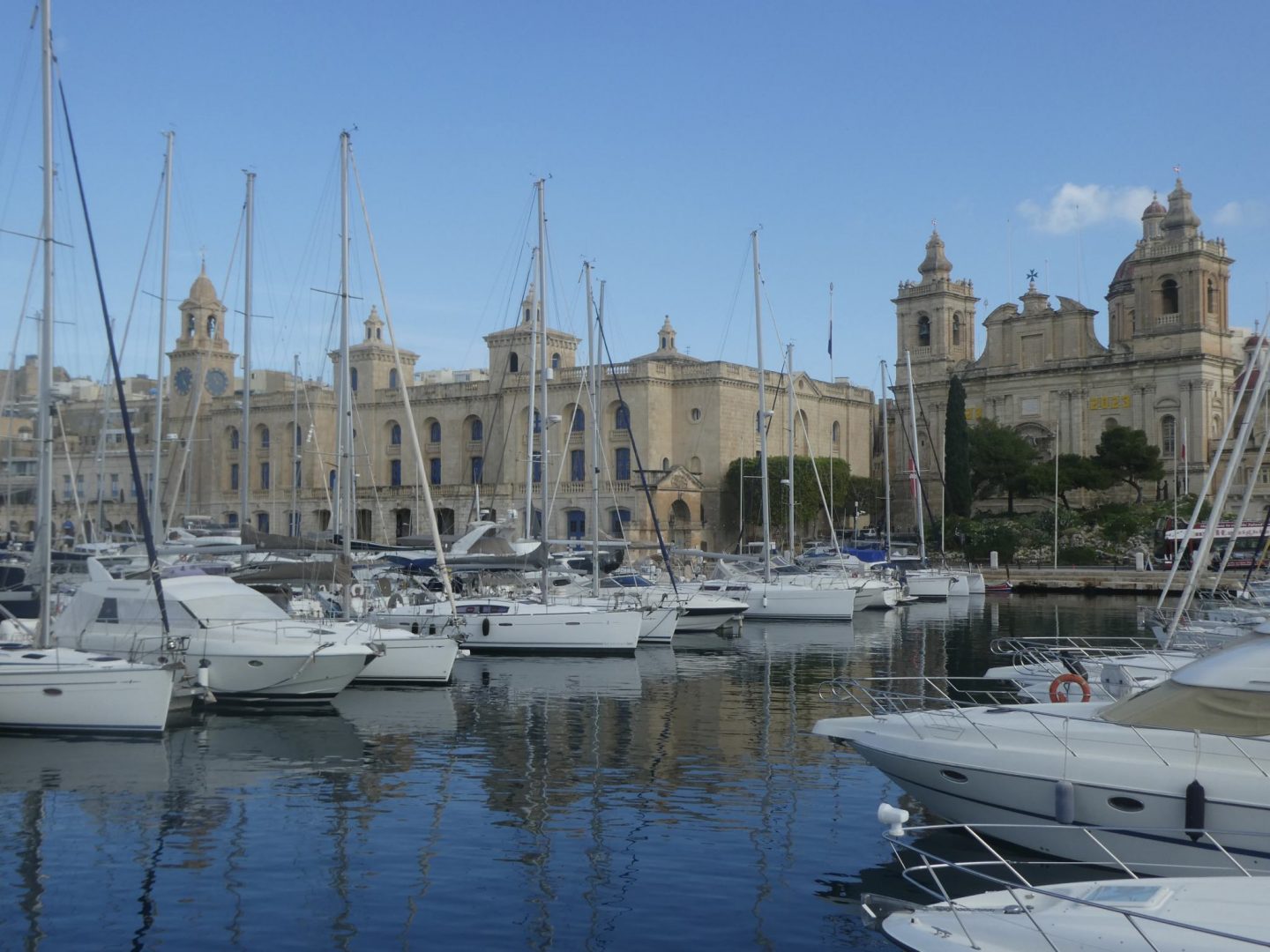 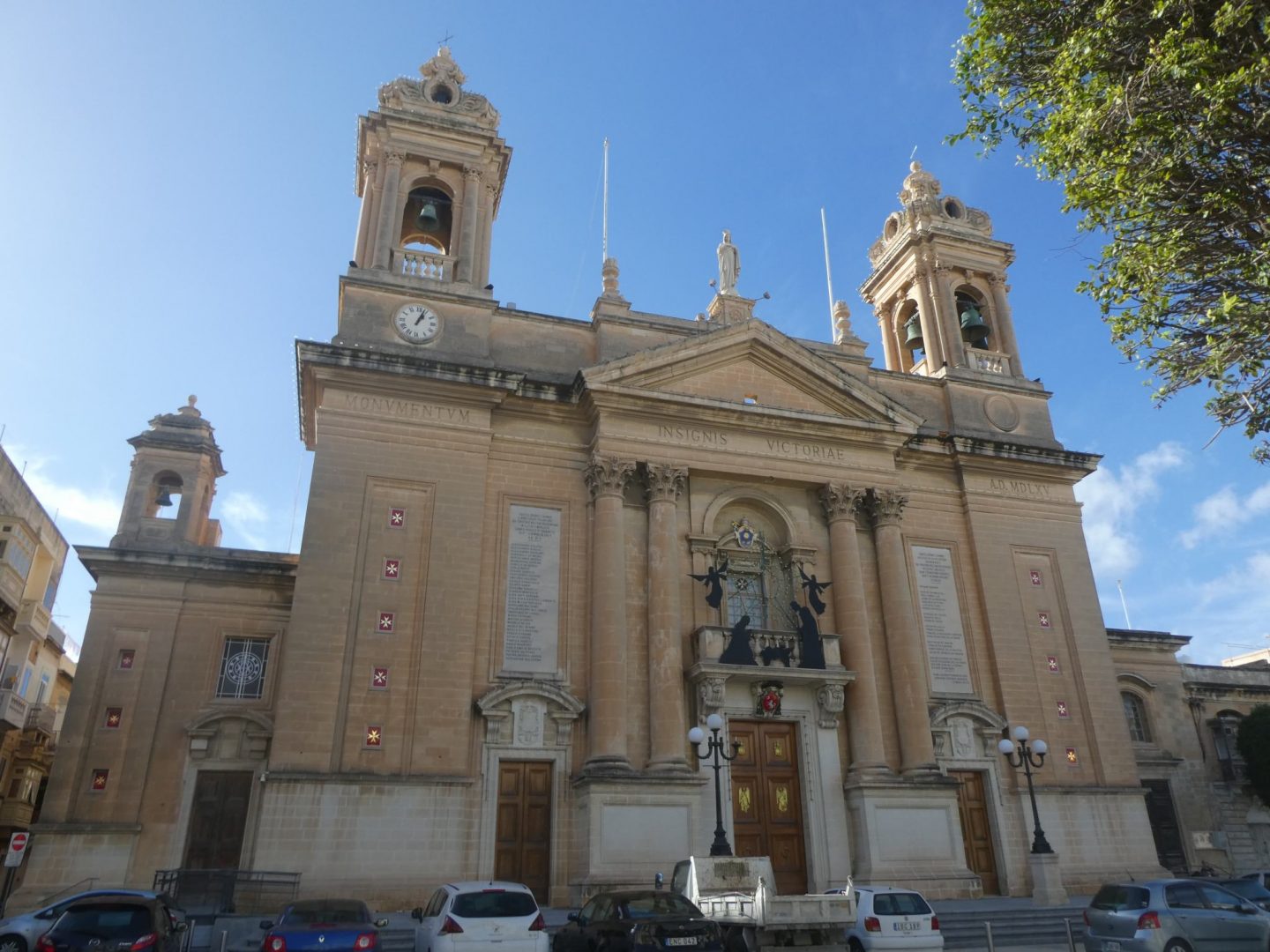 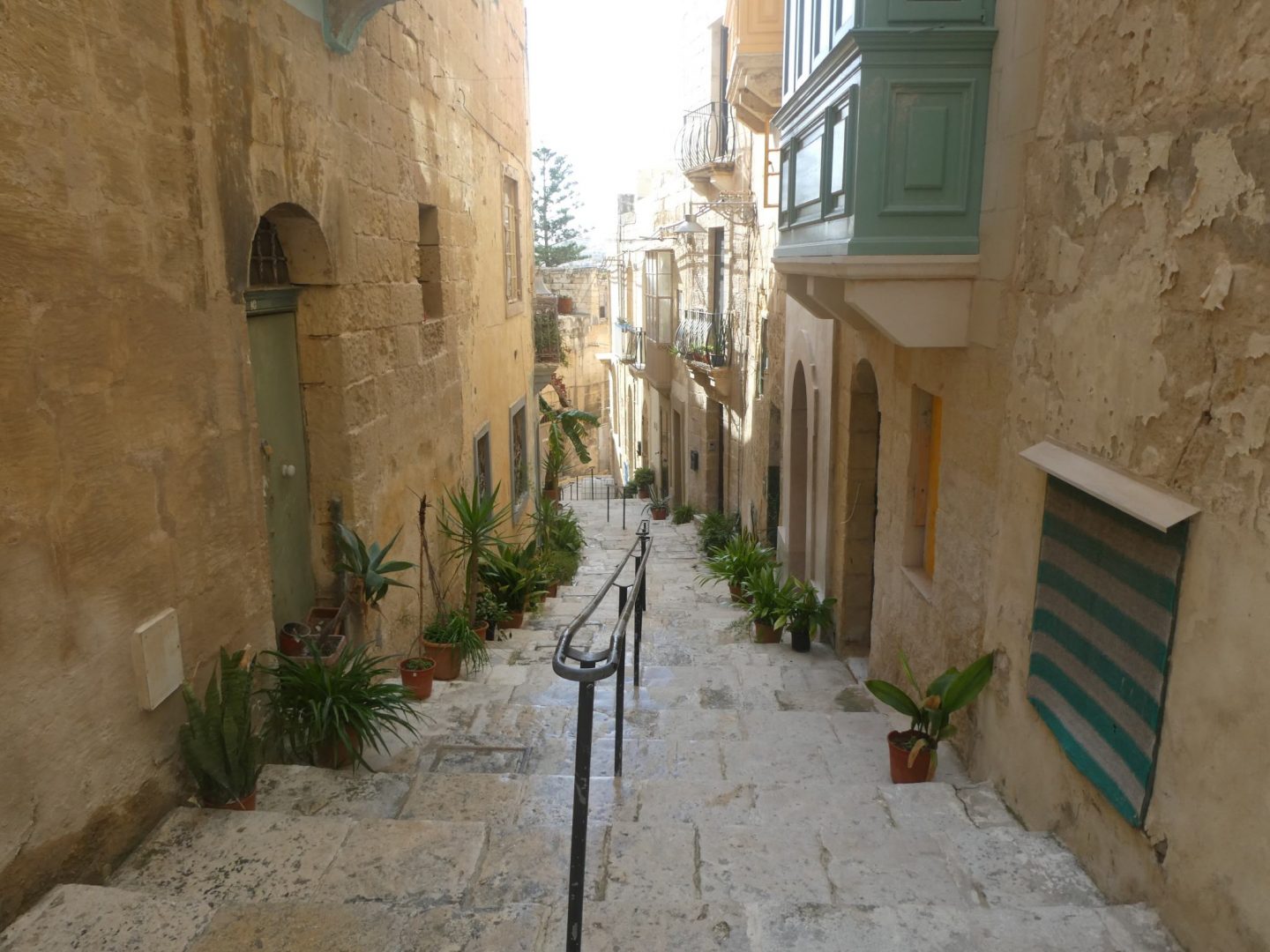 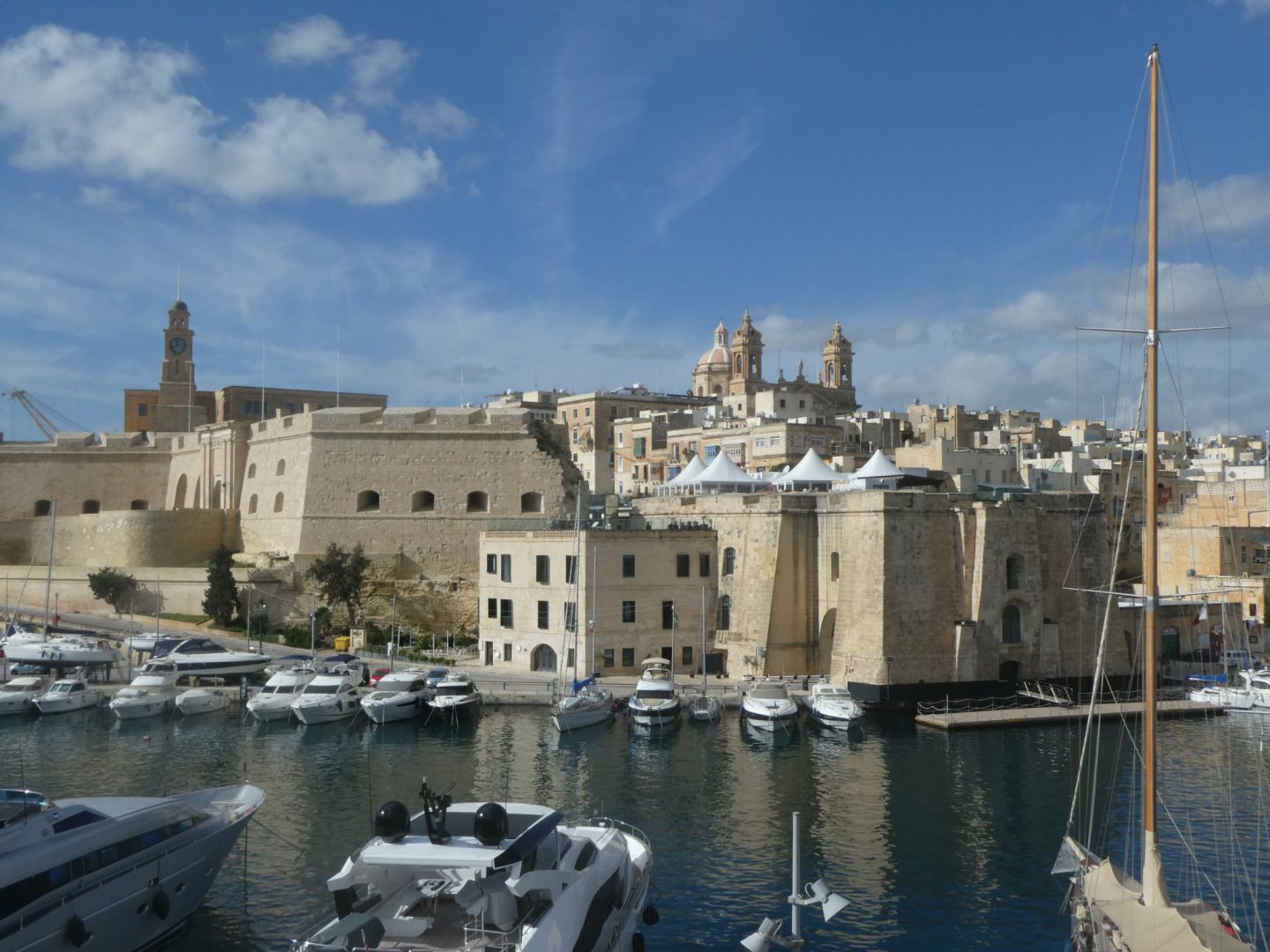 And the views back to Valletta are very nice. 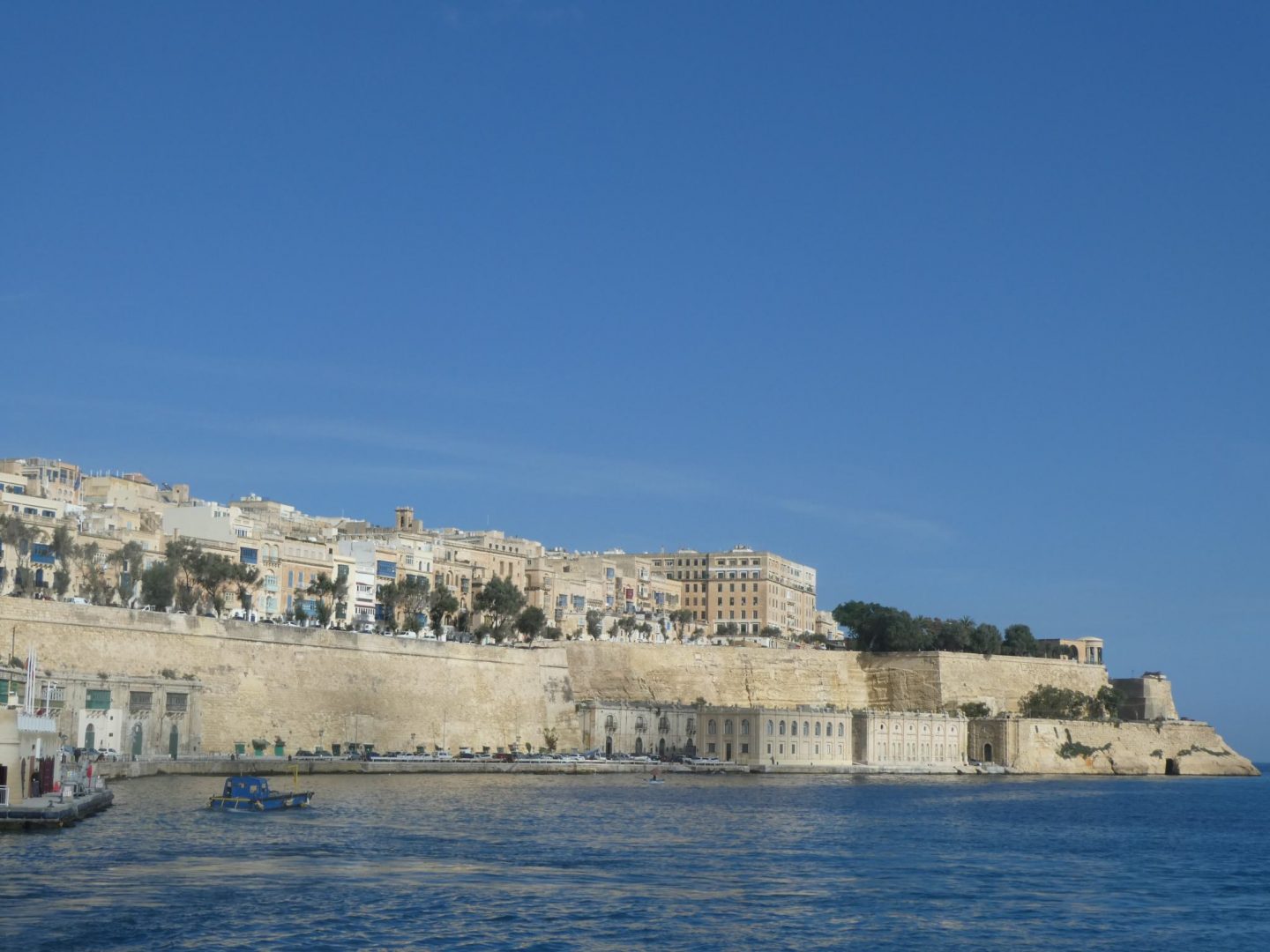 We caught a bus up to Mdina and Rabat in central Malta.

Mdina – Arabic for ‘walled city’ – owes its name to the period of Arab occupation in the 9th century.  It was the capital of Malta through the Middle Ages and after the Arabs left, became the seat of the Maltese aristocracy.  It faded from importance once the Knights took over.  They preferred to be by the sea.

Now only about 300 people live here, earning it the nickname ‘the Silent City’.  But it seems like every inch of the walled town has been restored and Mdina is a major tourist draw.  There’s the usual huge cathedral with accompanying museum of sacred art, a few cafes and lots of artisan shops.  Mdina is especially known for quality glass. 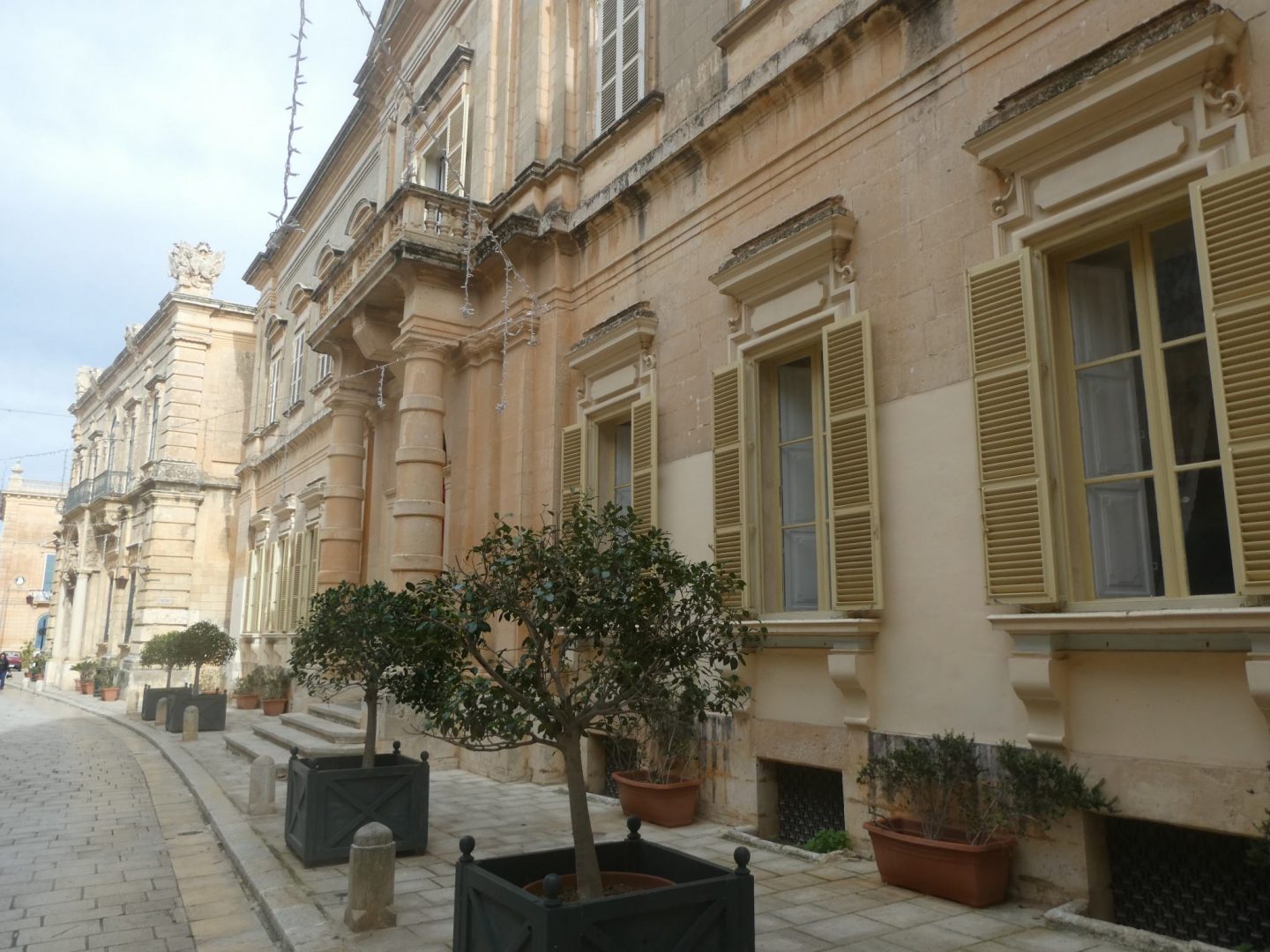 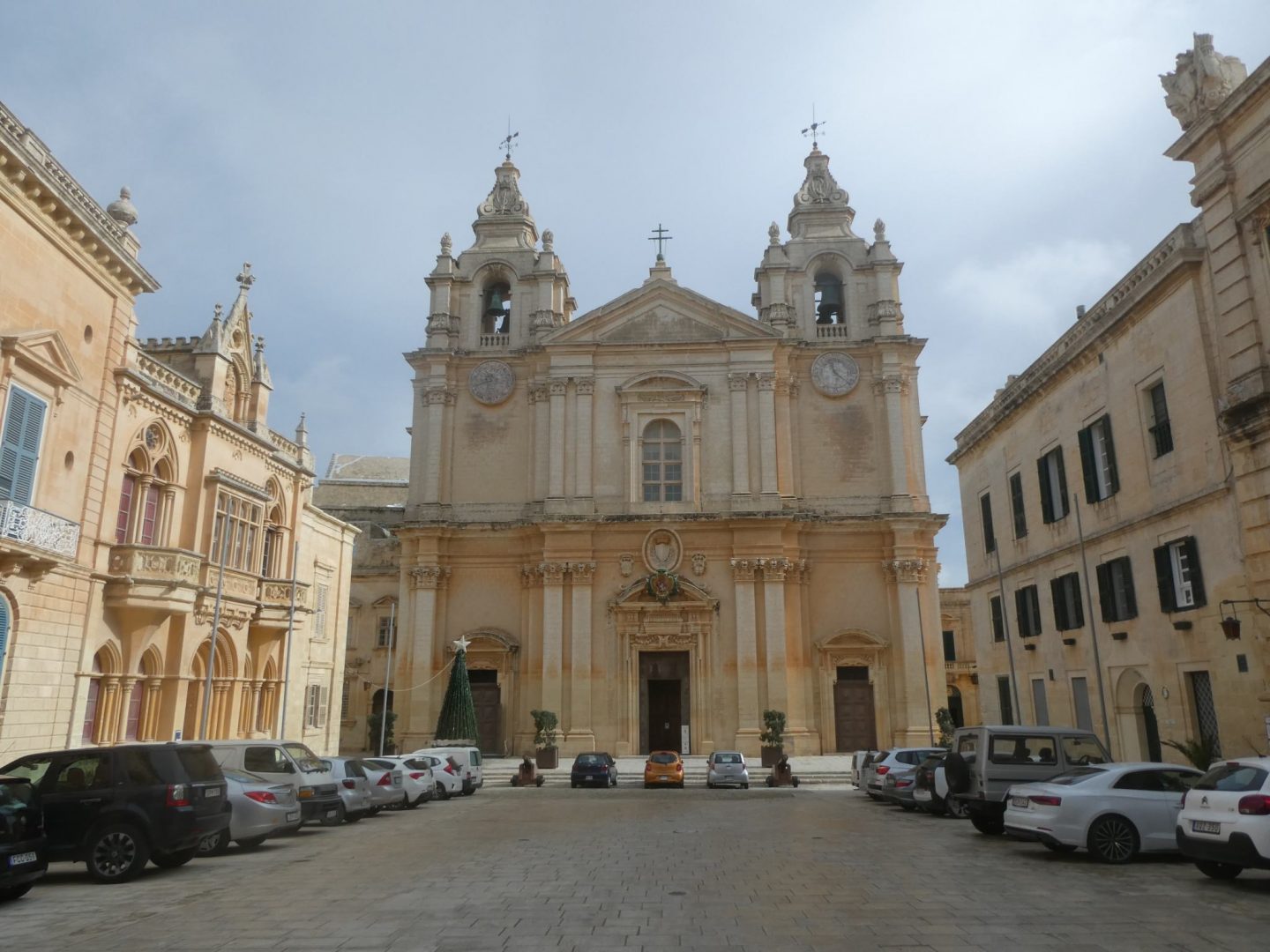 It’s completely surrounded by a dry moat which with the restoration has become a Ditch Garden filled with citrus and olive trees. 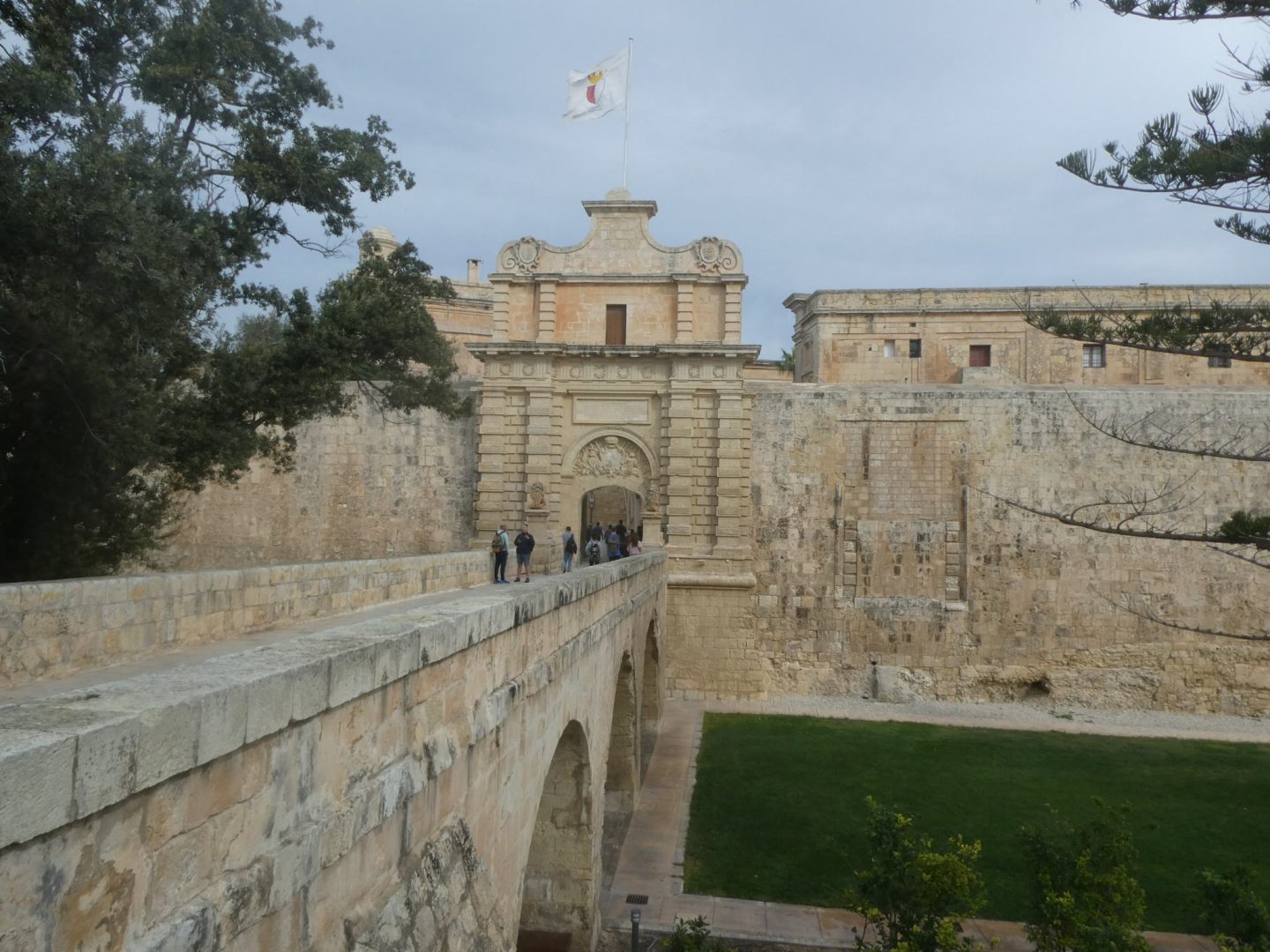 The ditch separates Mdina from the surrounding residential area or ‘rabat’.  The modern town now bears that name.

St Paul was shipwrecked on Malta during one of his proselytising journeys across the Mediterranean.  He is said to have preached in a cave here.   You can climb down to see the Grotto of St Paul, complete with a silver ship installed in 1960 to celebrate the 1,900th anniversary of St Paul’s visit. 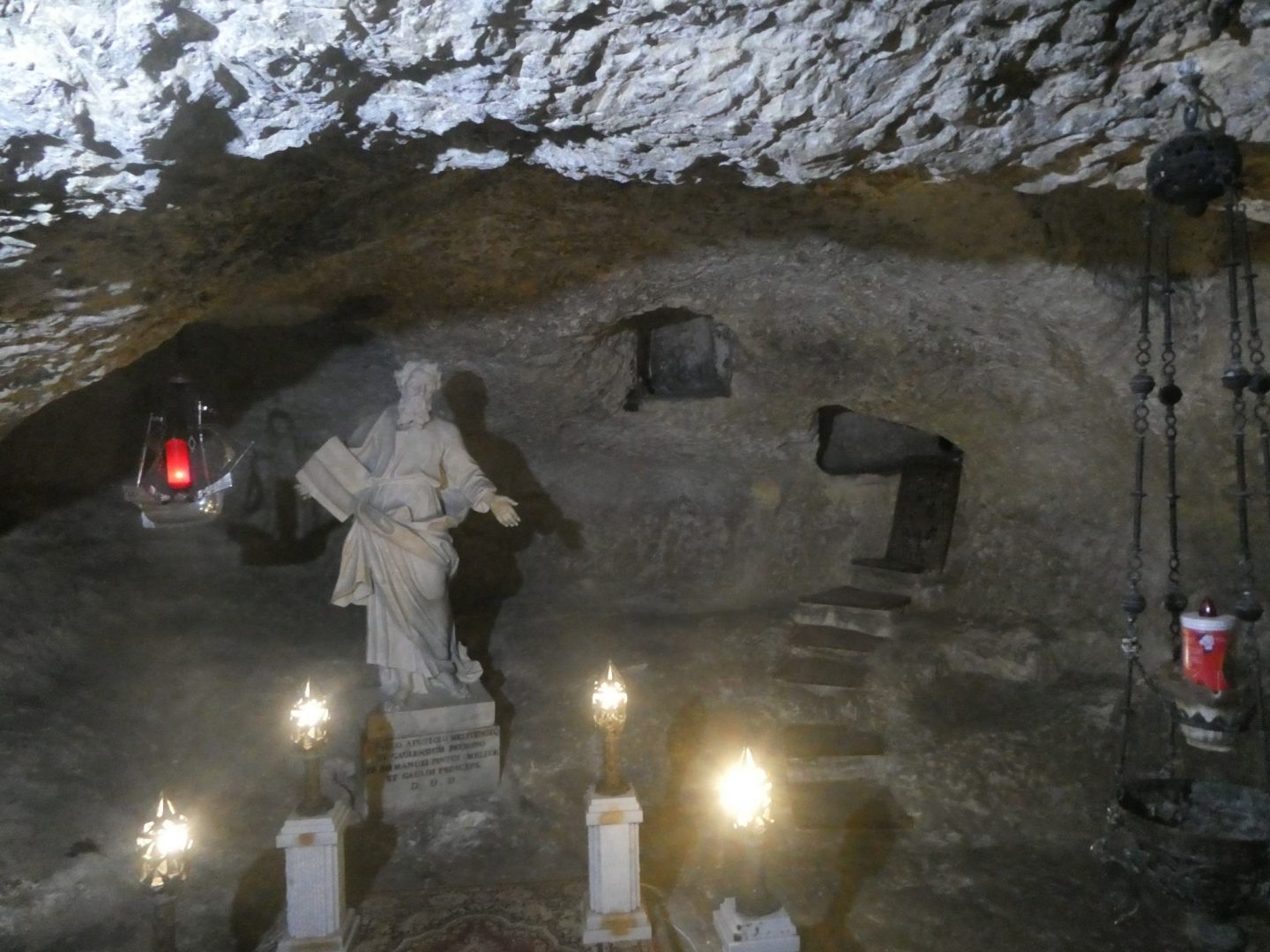 You can also visit St Paul’s Catacombs where locals buried their dead in tunnelled out caverns for over 500 years, beginning in the 3rd century CE.  It’s a huge complex with more than 2,000 square metres of inter-connected passages and tombs. 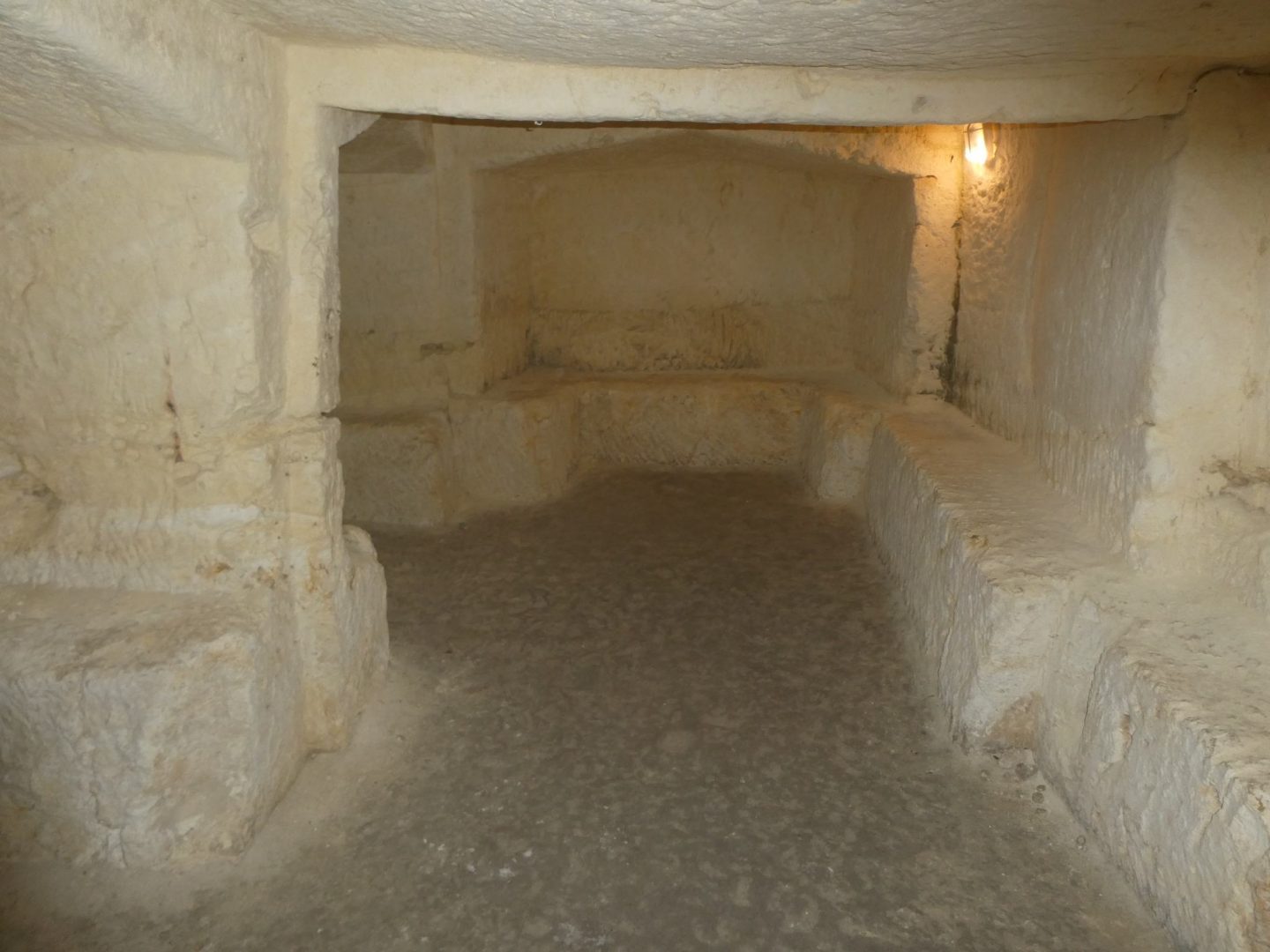 Even bigger is the 4,100 square metre St Agatha’s Catacombs just down the road.  At age 15, St Agatha fled to Malta from Sicily to escape the attentions of a Roman official who wanted her to abandon her Christian faith and marry him.  She hid in the crypt in Rabat and taught children, but later returned to Sicily where she was imprisoned, tortured and martyred on the orders of her rejected suitor.  She is the patron saint of Malta. 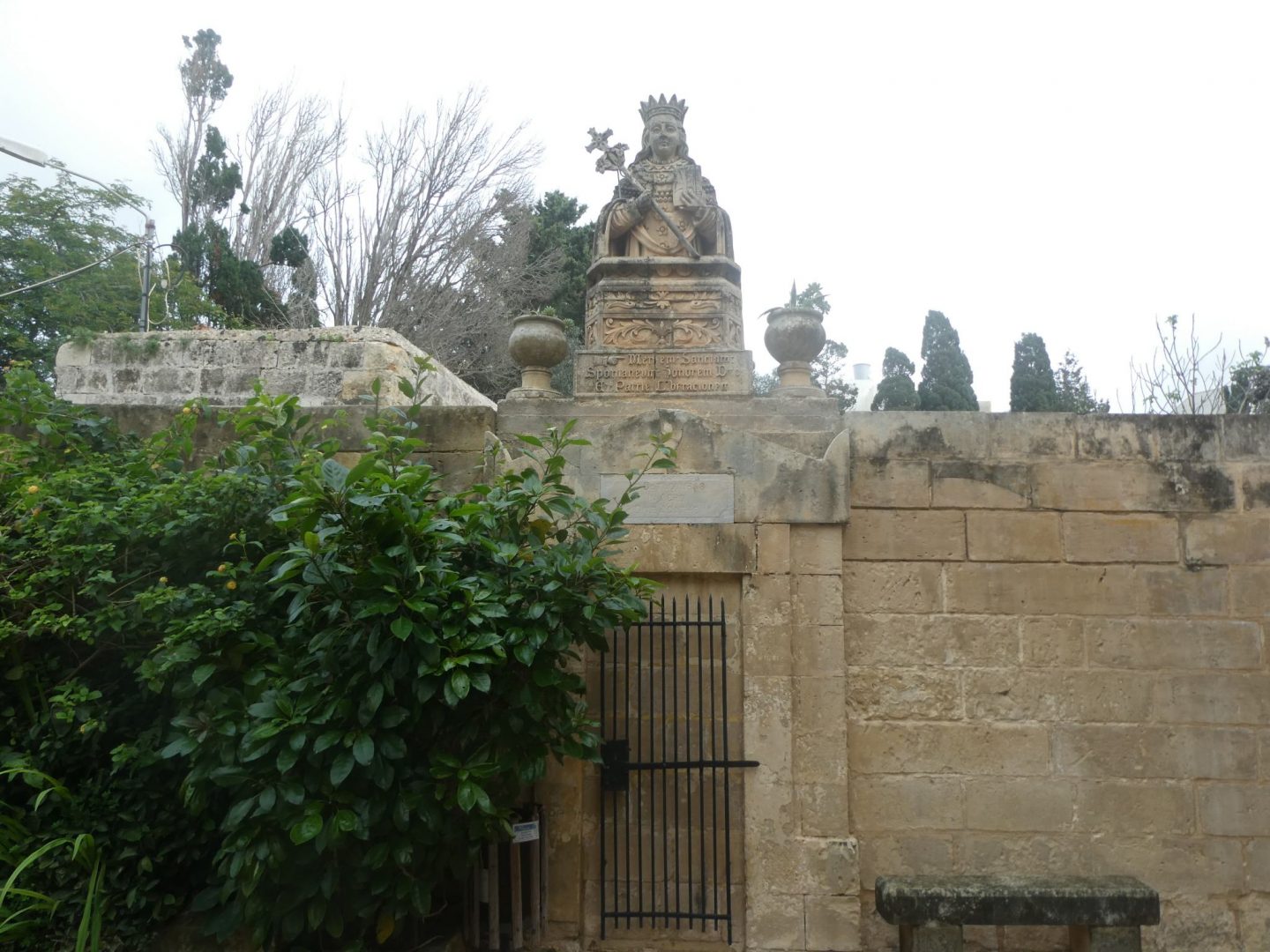 In the catacomb that bears her name, most of the graves were children.  It’s a bit more creepy than St Paul’s Catacombs.  Some of the bones found when the complex was excavated in modern times have been left in situ.  No photos are allowed inside but there’s a small museum above ground where you can amuse yourself with a random collection of sometimes gory sacred artworks. 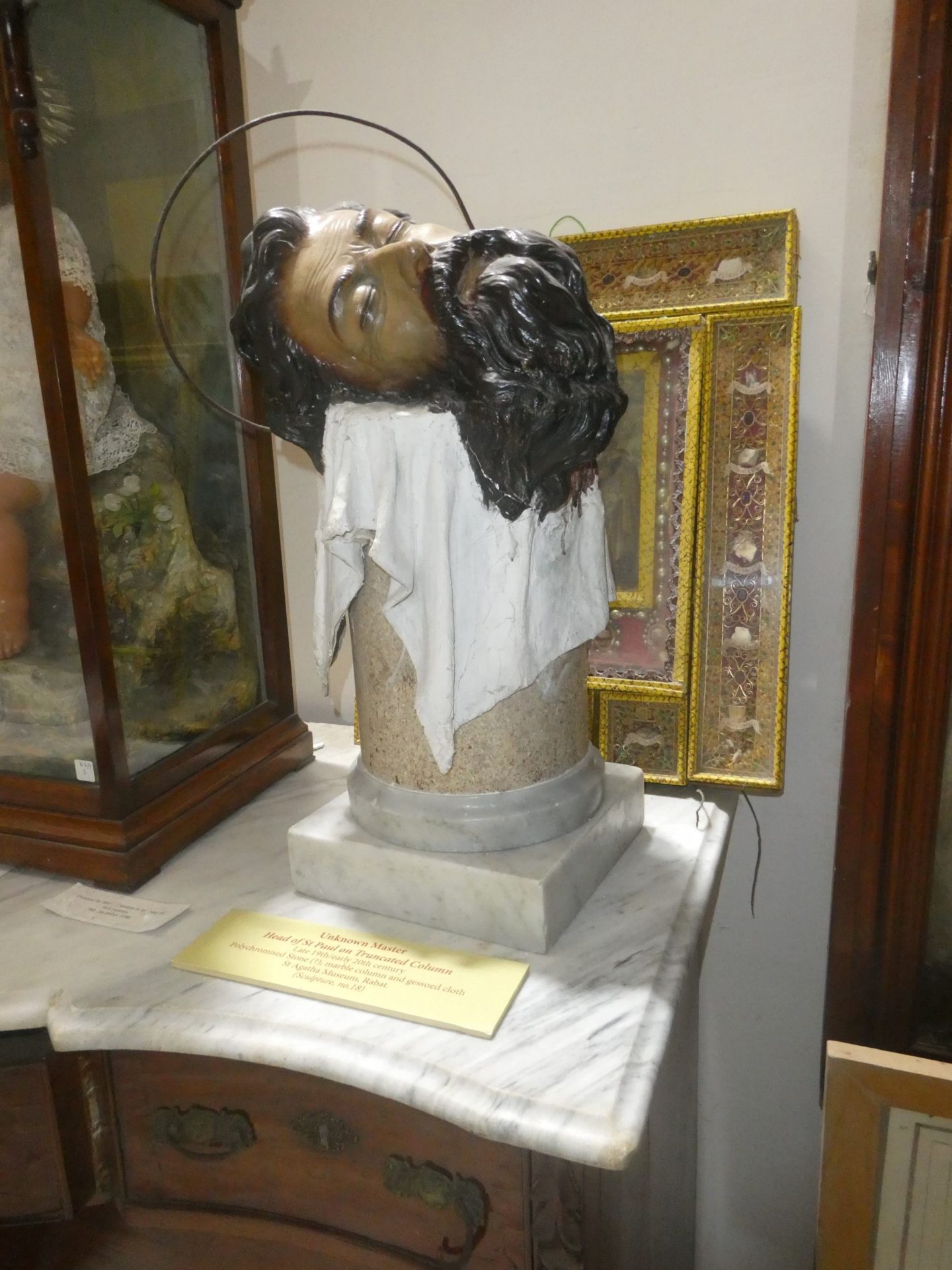 On our last day we caught the bus to Marsaxlokk.  The ancient fishing village is still home to Malta’s main fishing fleet. 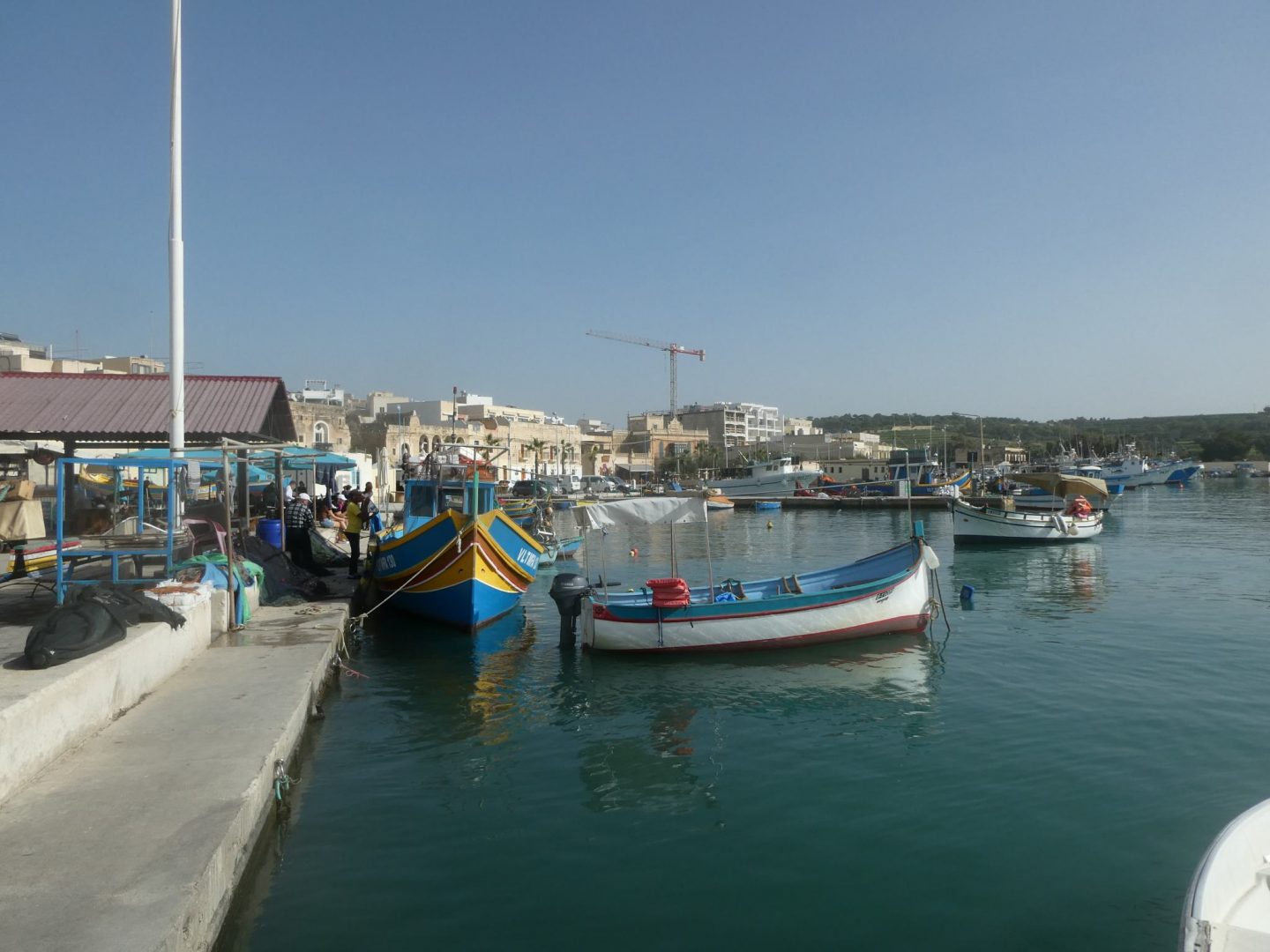 A huge fish market is held every Sunday and Maltese from all over the island flock here for lunch and browsing.  Through the week, it’s a fine place for a fish lunch on the harbour.

Knowing we were now heading into the cold, what better way to enjoy our last day in sunny Malta than a fresh caught wild sea bass for two.  Perfect. 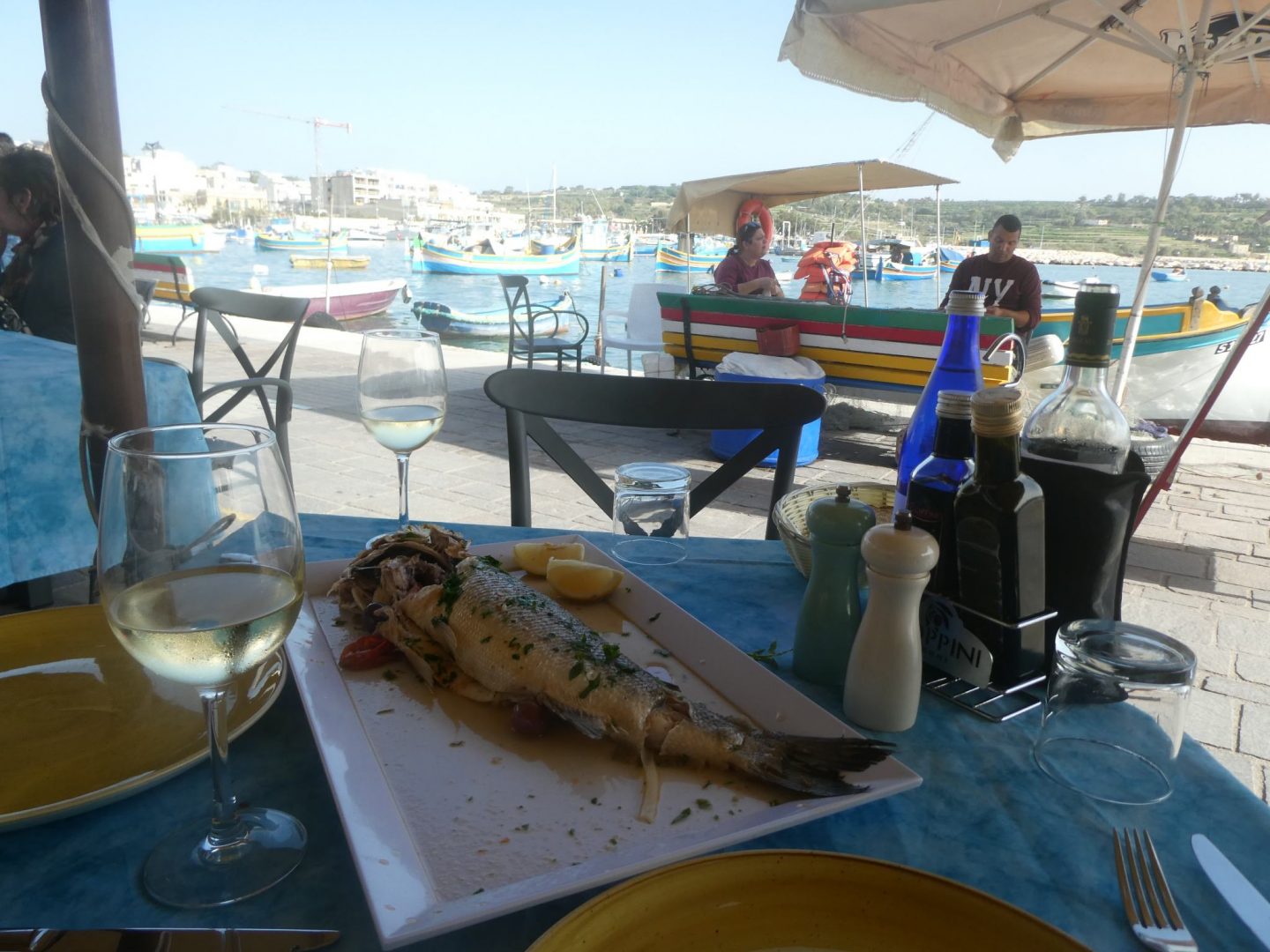