“Take Versailles, add Antwerp and you have Bordeaux”.  Victor Hugo.

After Paris, Bordeaux has the highest number of registered historical monuments of anywhere in France.  It’s the world’s largest urban World Heritage site.  In 2007, UNESCO listed it as “an inhabited historic city, an outstanding urban and architectural ensemble, created in the age of the Enlightenment, whose values continued up to the first half of the 20th century, with more protected buildings than any other French city except Paris”.

One of the last remaining medieval structures is the beautiful Grosse Cloche (Big Bell) built into one of Bordeaux’s original city gates in the 15th century.  The bell alone weighs more than seven tonnes. 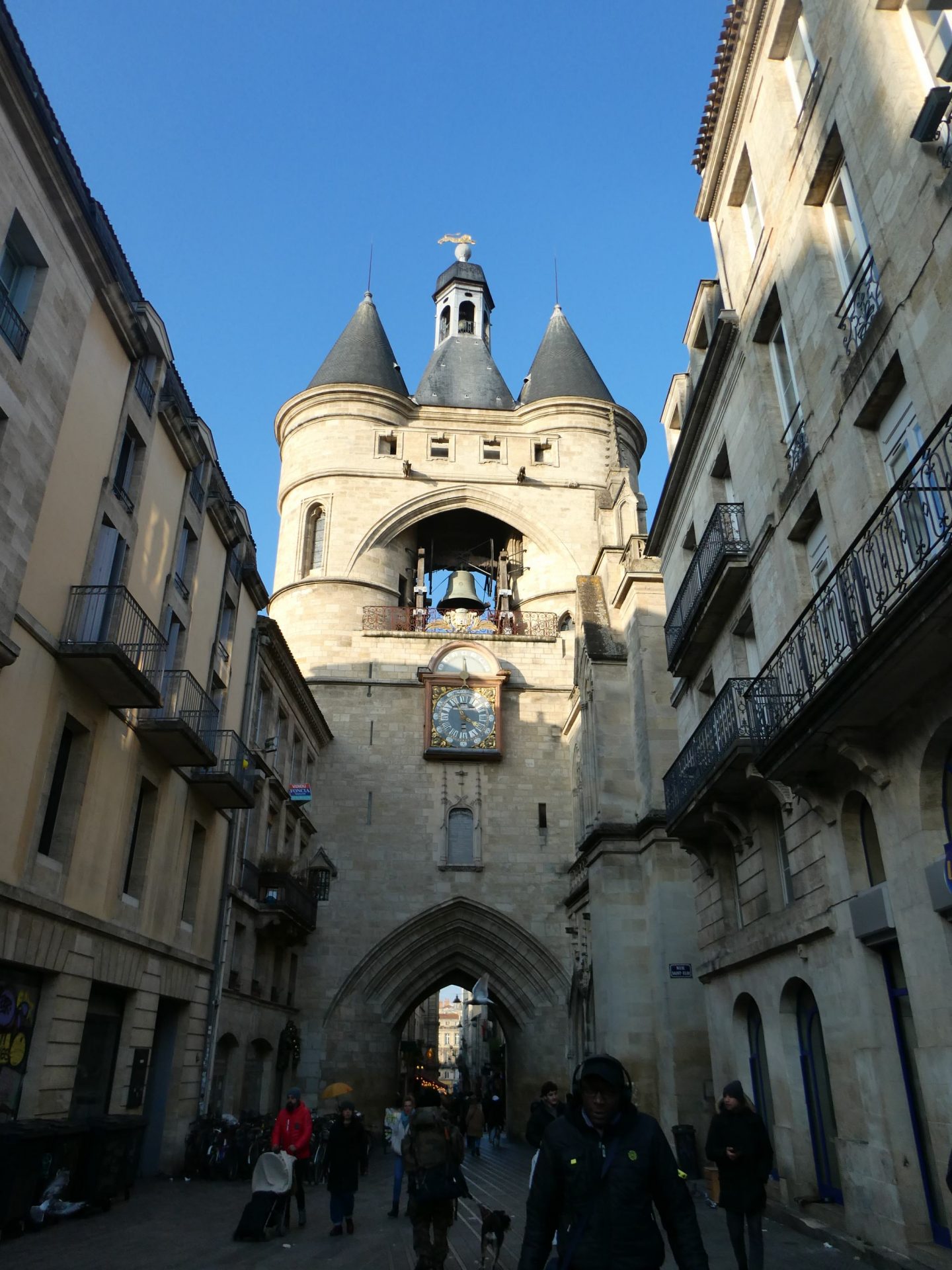 Bordeaux boomed in the 18th century as the entry point for the importation of coffee, cocoa, sugar and cotton into continental Europe.  It was the busiest port in France and the second busiest in the world after London.  About 5,000 of the city’s downtown buildings are from this time.

Big parts of it look a lot like Paris.  That’s because Baron Hausmann used Bordeaux’s architectural style as a template for his transformation of Paris under Napoleon III.   It’s ironic.  The Hausmann buildings are so strongly associated with that city that you look at Bordeaux and think they must have been copied from Paris but actually the reverse is true. 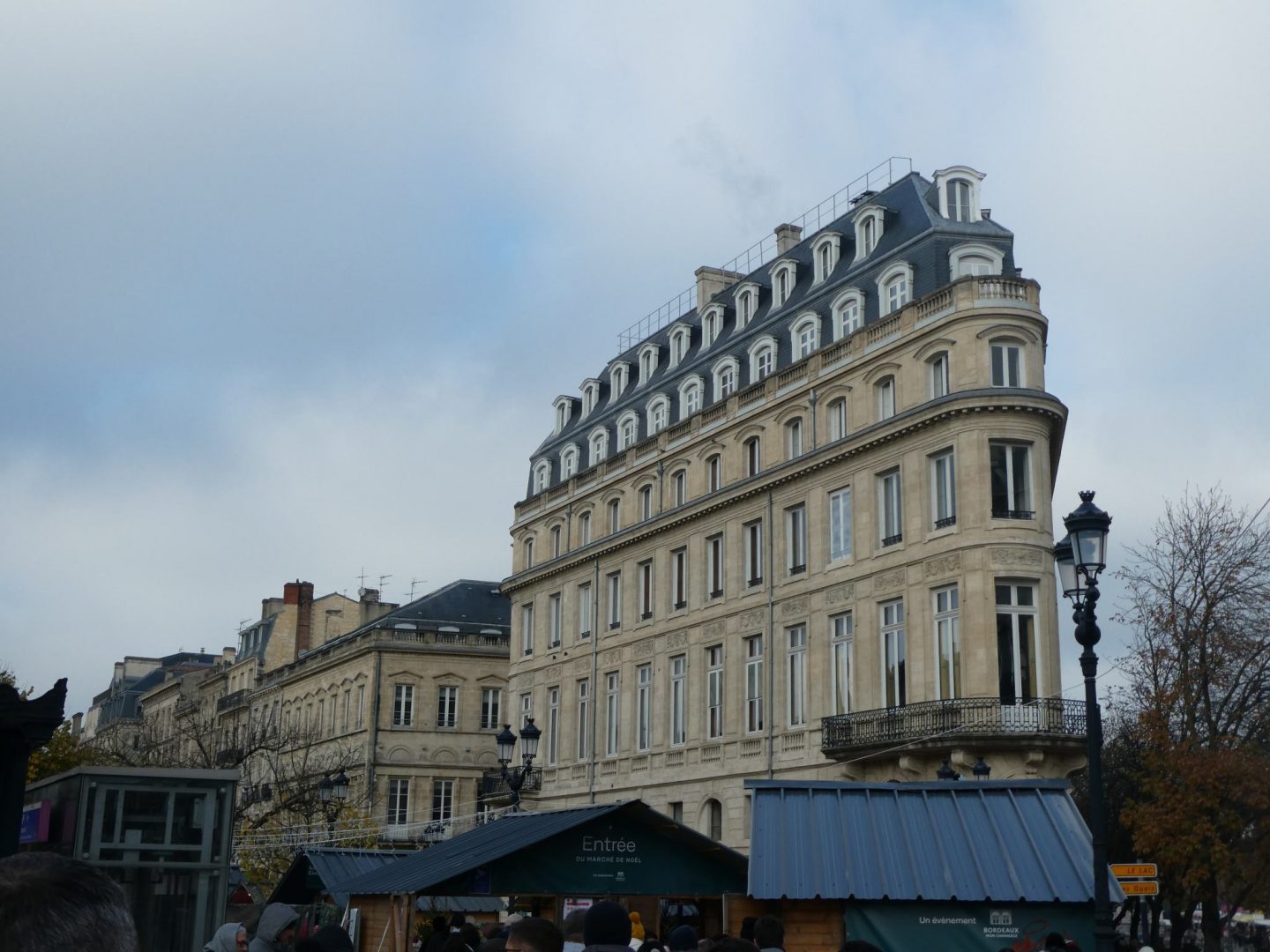 It’s so ‘Paris’ that lots of movies set in Paris are actually filmed here.  Anyone brave enough to admit having watched Mamma Mia! Here We Go Again might recognise this square.  The flashback to the young Donna arriving in Paris was actually filmed here by the Fountain of the Three Graces in Place de La Bourse. 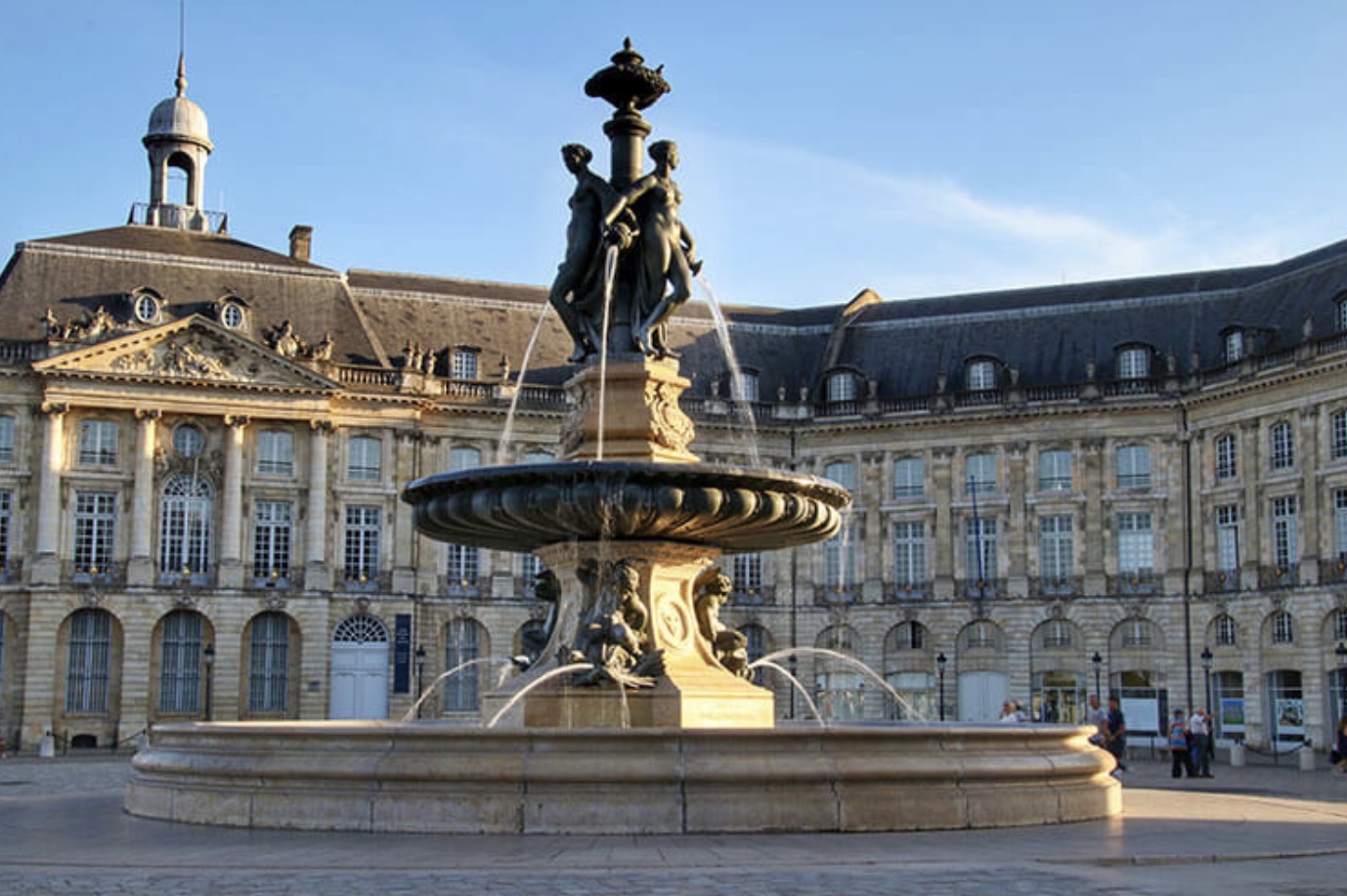 In recent years, Bordeaux has been transformed.  The central historic buildings were once grimy and blackened from centuries of neglect and atmospheric pollution.  A major cleaning up program has restored many to their honey gold best.  Traffic has been improved and the central area has been made much more pedestrian friendly.

Running through the centre is Rue Saint Catherine.  At 1.2km, it’s the longest pedestrianised street in Europe.  It’s entirely lined with shops, starting with some cheap and cheerful outlets at one end, graduating to high end designer brands at the other. It gets up to 60,000 visitors per day on weekends and holidays.  That’s about a quarter of the population of the city.

As a port city, Bordeaux has historically been more multicultural than many other areas of France.  Around 20% of the population have Spanish forebears and there are many residents of Portuguese, Arabic and North African heritage.

We stayed in an apartment on the edge of the historic centre in an area with lots of Moroccan residents.  The night Morocco beat Portugal to become the first African nation ever to reach the World Cup semi-finals, the neighbourhood erupted.  Celebrations in the streets went well into the night.

And the multiculturalism translates into great food.  We had one of the best Moroccan meals we’ve ever eaten – including the ones we had in Morocco!

During WWII, Bordeaux was occupied by the Germans who built U-boat pens on the Garonne River in 1941.  Made of reinforced concrete 245 metres wide, 162 metres deep with a 5.6 metre thick roof, the facility was impregnable. Repeated bombing raids by the Allies caused no appreciable damage. 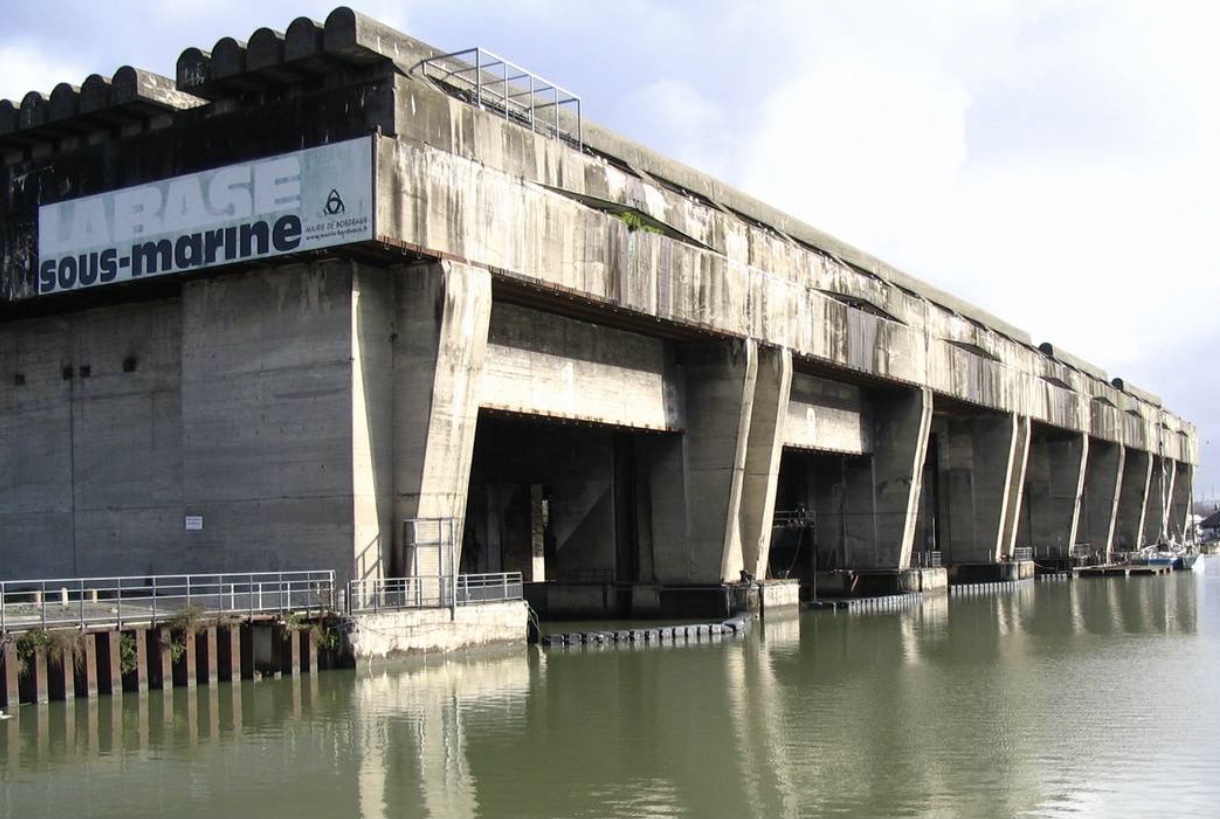 For over 60 years after the war, the concrete behemoth lay dormant.  Too solid to crumble, impractical to blow up.  For a few years it was used as a temporary art exhibition space.  But now it has a new life.  Opening in 2020, the first four submarine pens have been converted into Bassin des Lumieres, the world’s largest digital art centre.  Five times the size of its Paris counterpart, the Atelier des Lumieres which we visited in 2018 (see our Paris post for details).

In the Bordeaux version, the images unfurl across the walls, internal columns, ceiling and floor, even reflecting in the pools where German submarines once lay.  Timed to music, it’s a complete immersive art experience.

The presentations are changed every few months.  When we visited there was one featuring the art of late 19th century Spanish painter Joachim Sorolla and another which was constantly unravelling images of Venice from paintings of famous artists from Canaletto to Monet. 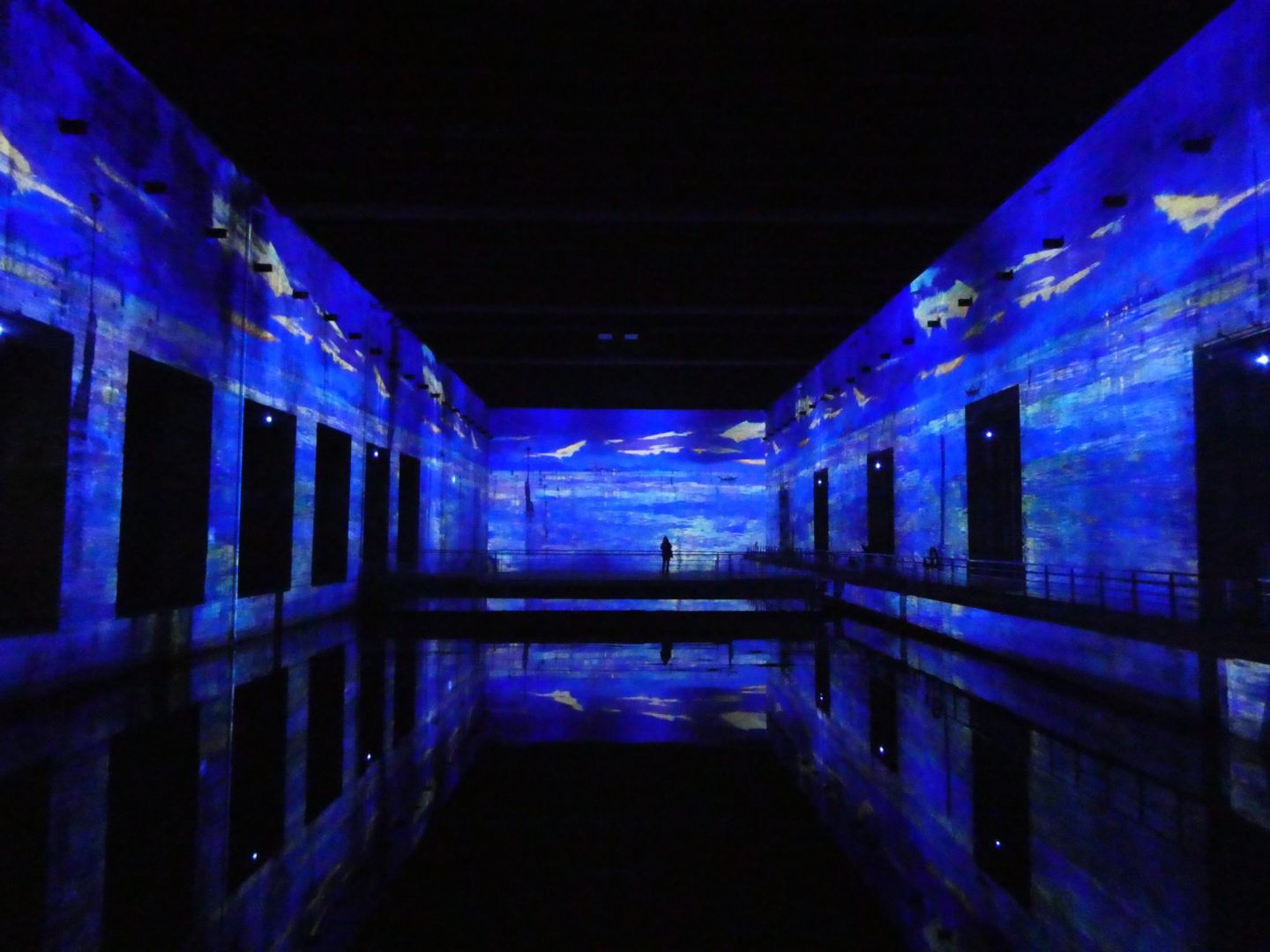 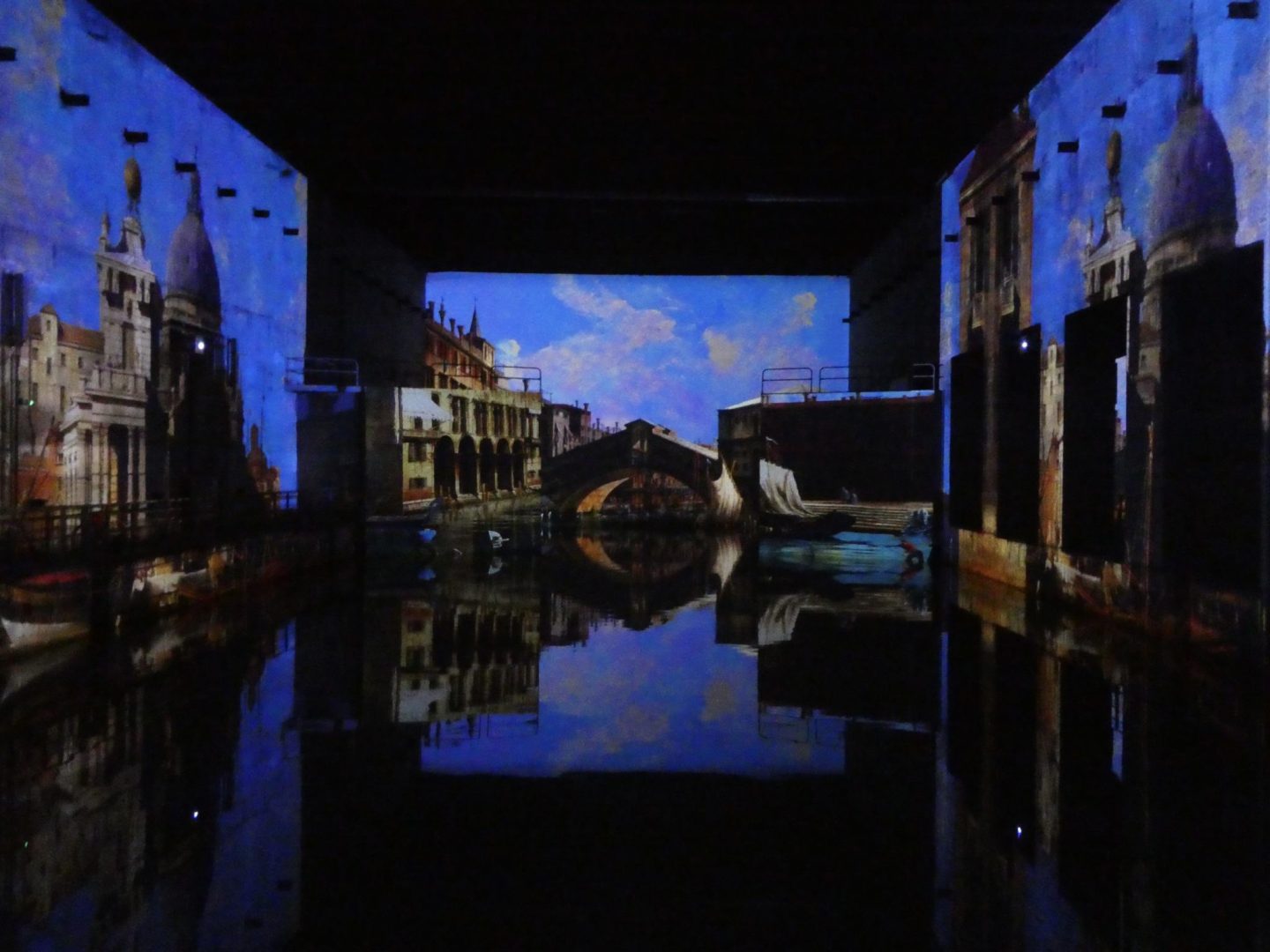 Of course, Bordeaux is most famous for wine.

On Place de la Victoria, the arch of Porte Aquitaine erected in 1756 now frames a 16 metre tall red marble column erected in 2005 as the first monument in Bordeaux honouring viticulture and winemaking. 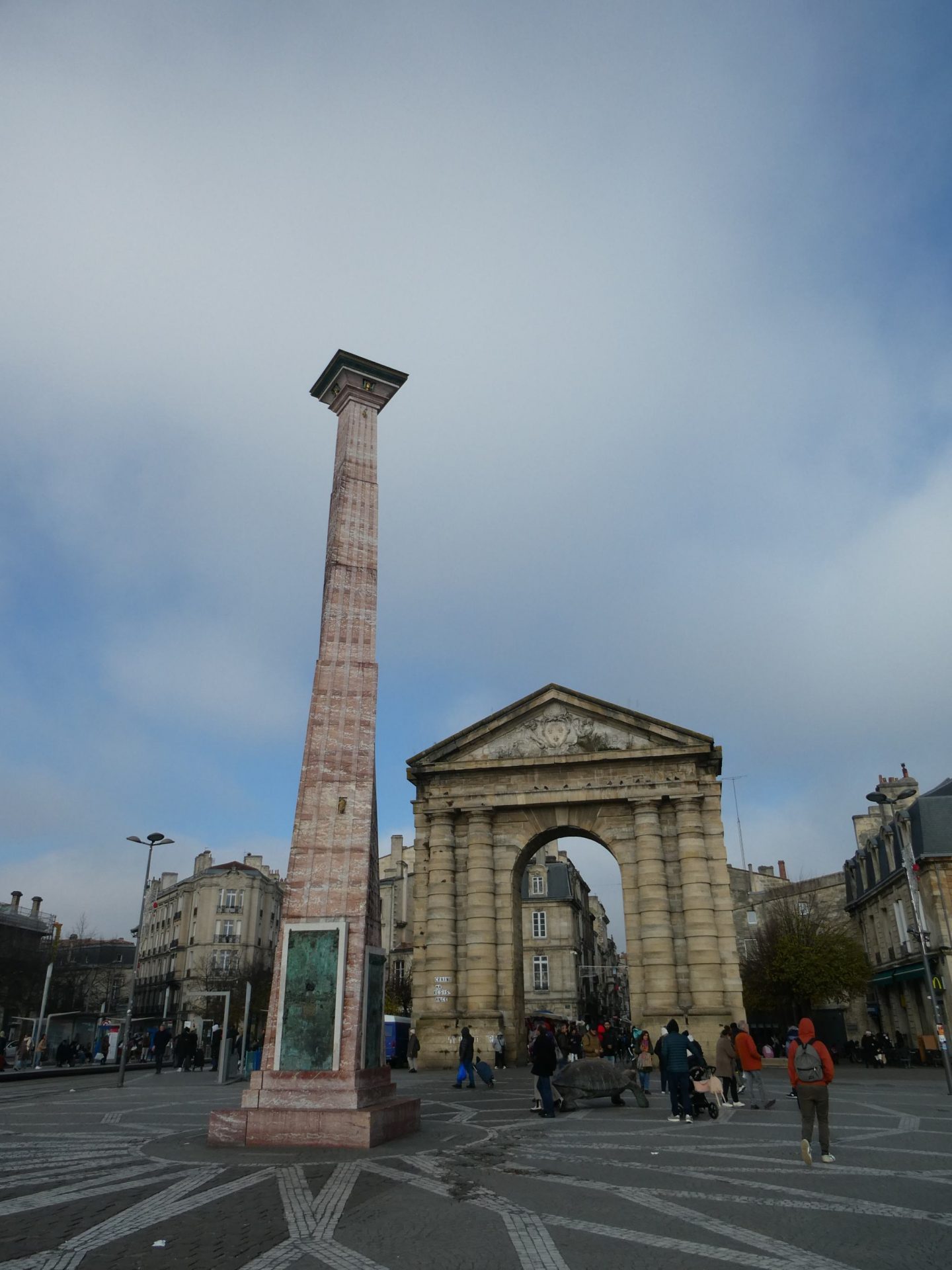 At the base of the column are some bronze turtles whose shells are adorned with tiny bunches of grapes and the symbols of Bordeaux’s wine appellations. 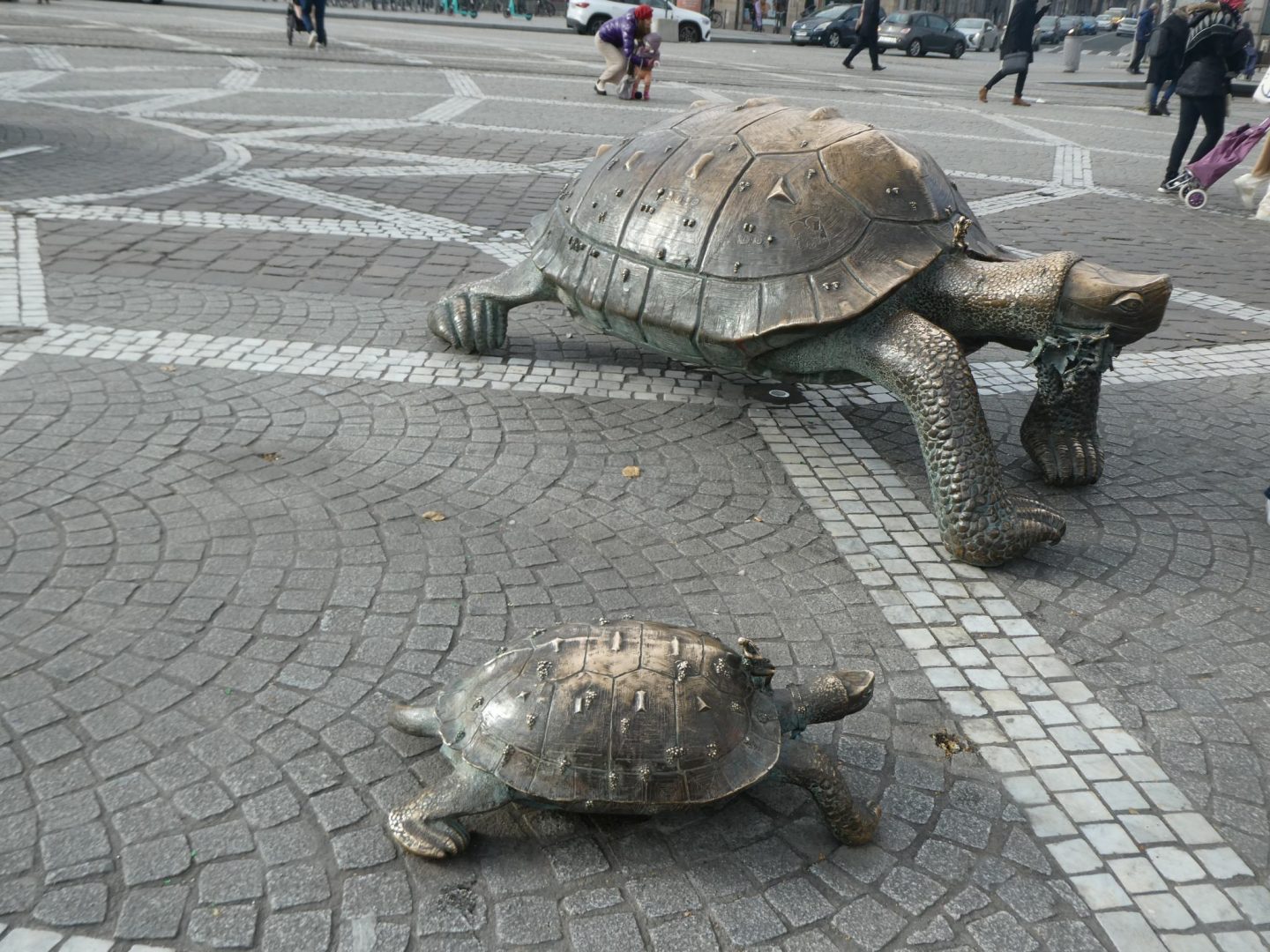 And now there’s also La Cite du Vin, a purpose built museum with more than 3,000 square metres of exhibition space dedicated to wine.  The building is supposed to resemble a wine decanter but we thought it looked more like a giant boot. 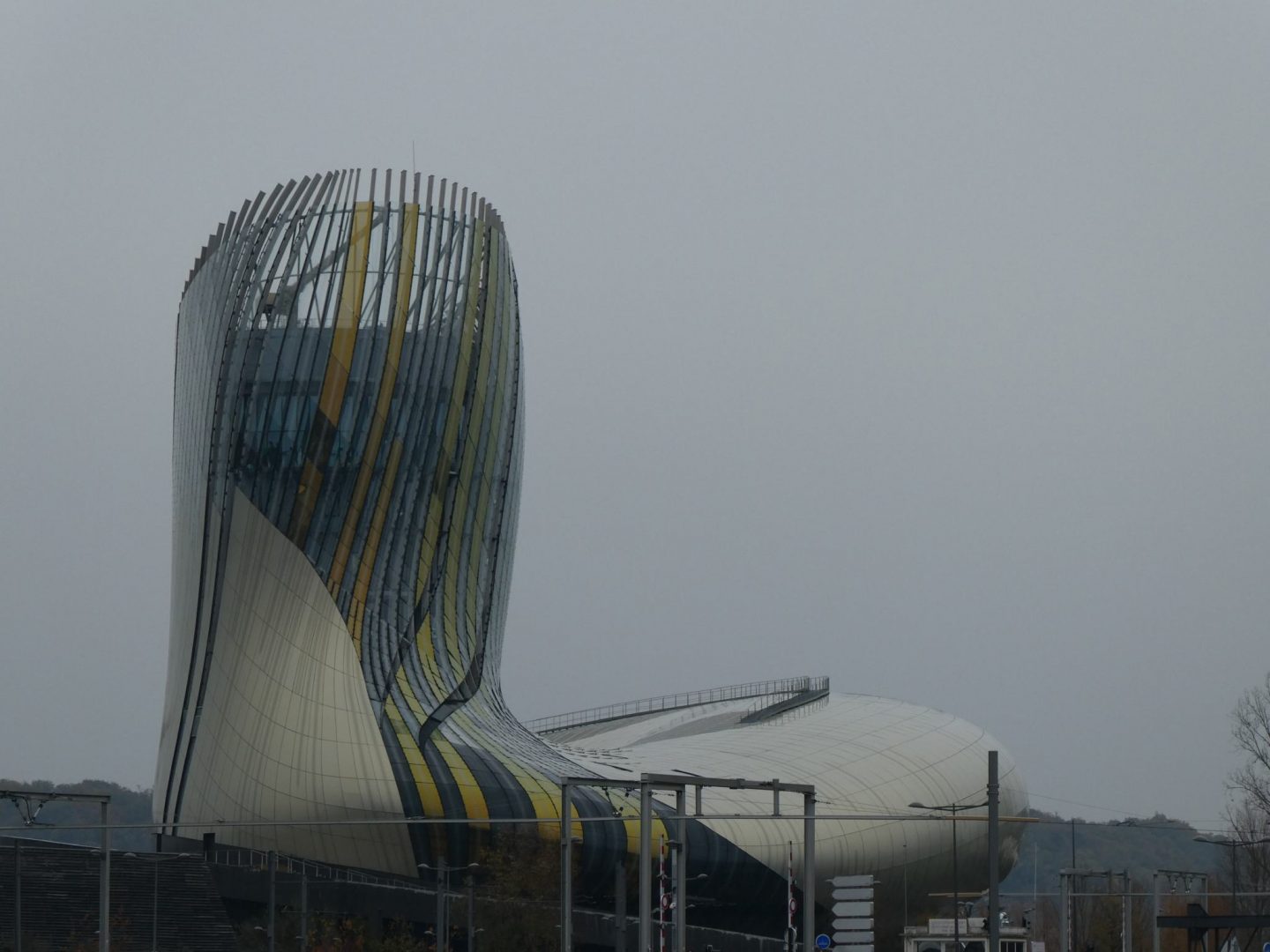 Displays and audiovisual presentations cover the history of wine and winemaking techniques, the terroir of different wine regions around the world, wine culture and more.

A lot of it is interactive, including an exhibit of glass domes containing objects which give aroma to different wines. You put your nose to the funnel, squeeze the atomiser and try to guess the aromatics in different wines. There’s everything from flowers and fruits to different woods and leather. 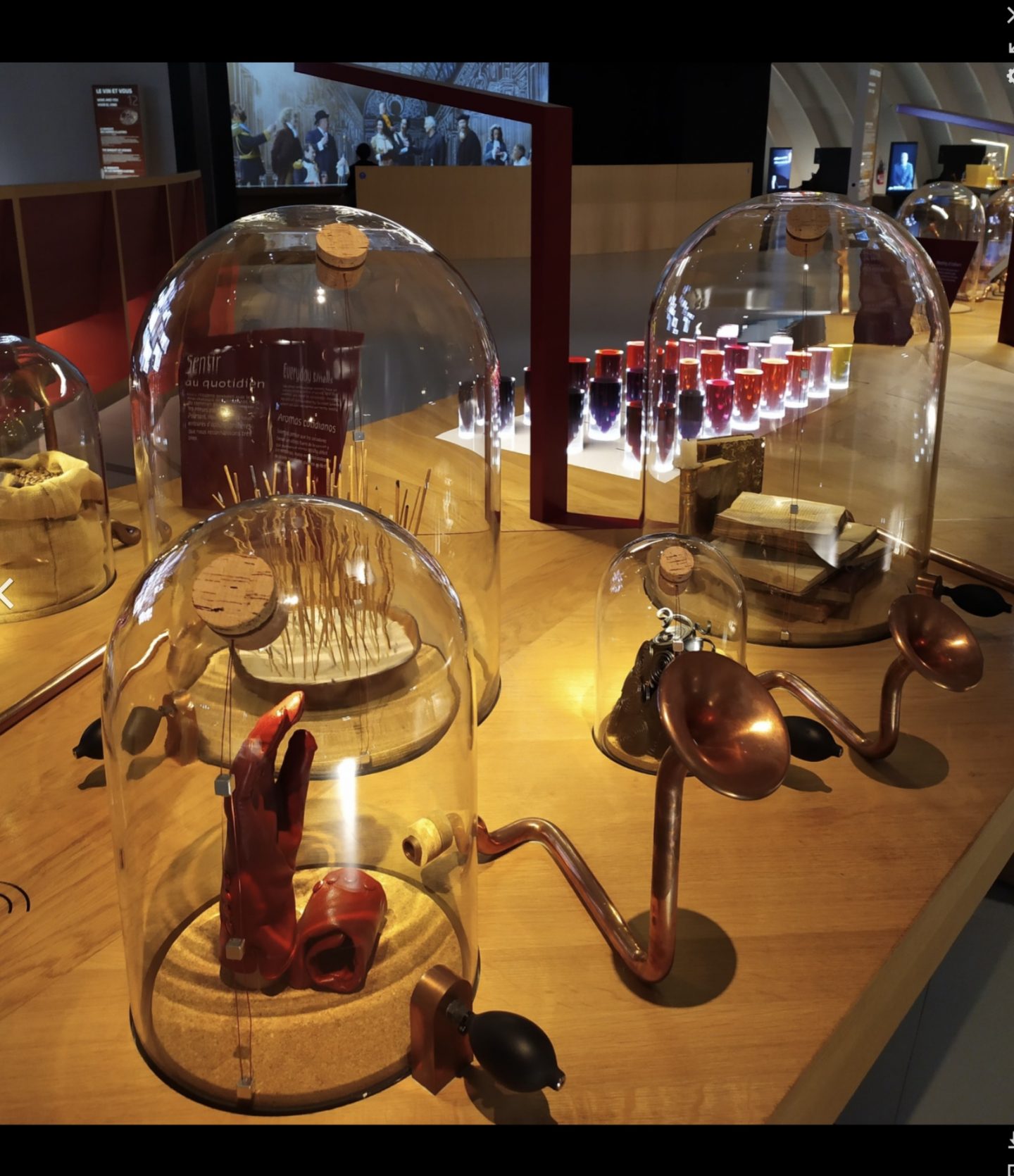 One of the most famous Bordeaux appellations is Saint Emilion, based around the town of the same name 35km from Bordeaux.  It’s an easily accessible day trip.

The Romans planted vines in this area as early as the 2nd century CE.  In the mid 8th century, a monk named Emilion fled harassment in Brittany, came here and started living in a cave.  It’s a familiar story – other monks followed and a hermitage was established.  They grew grapes and made wine.  Not a bad life.

After his death, sainthood was conferred on Emilion and his devoted followers named the town after him.  It thrived as a stopping point on the Camino de Santiago, the pilgrimage trail which runs through southern France all the way to the coast of Spain.

You can visit Saint Emilion’s cave and a catacomb under the 12th century church which was carved into the limestone hill above it.  It’s the largest rock cut church in Europe. 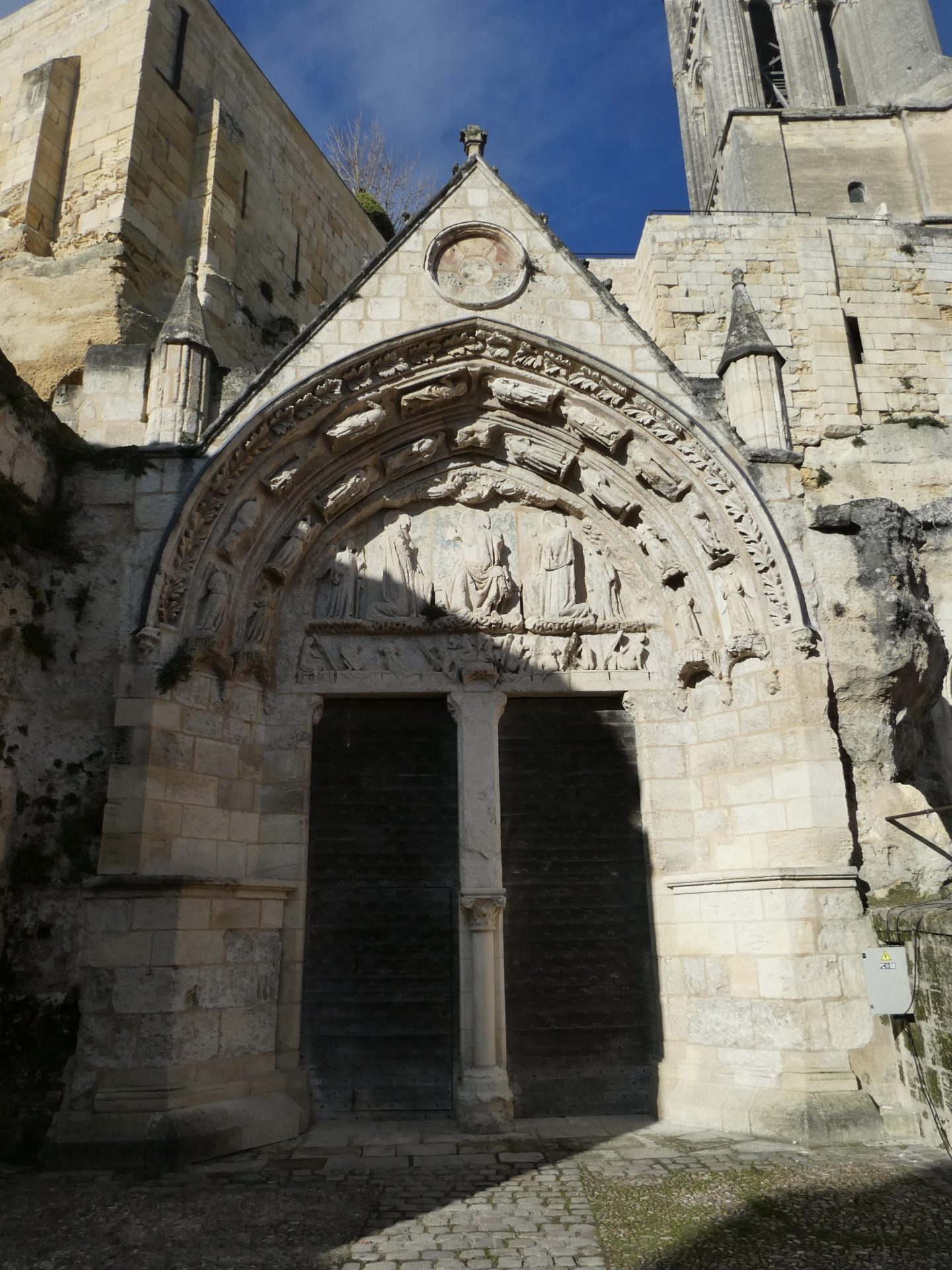 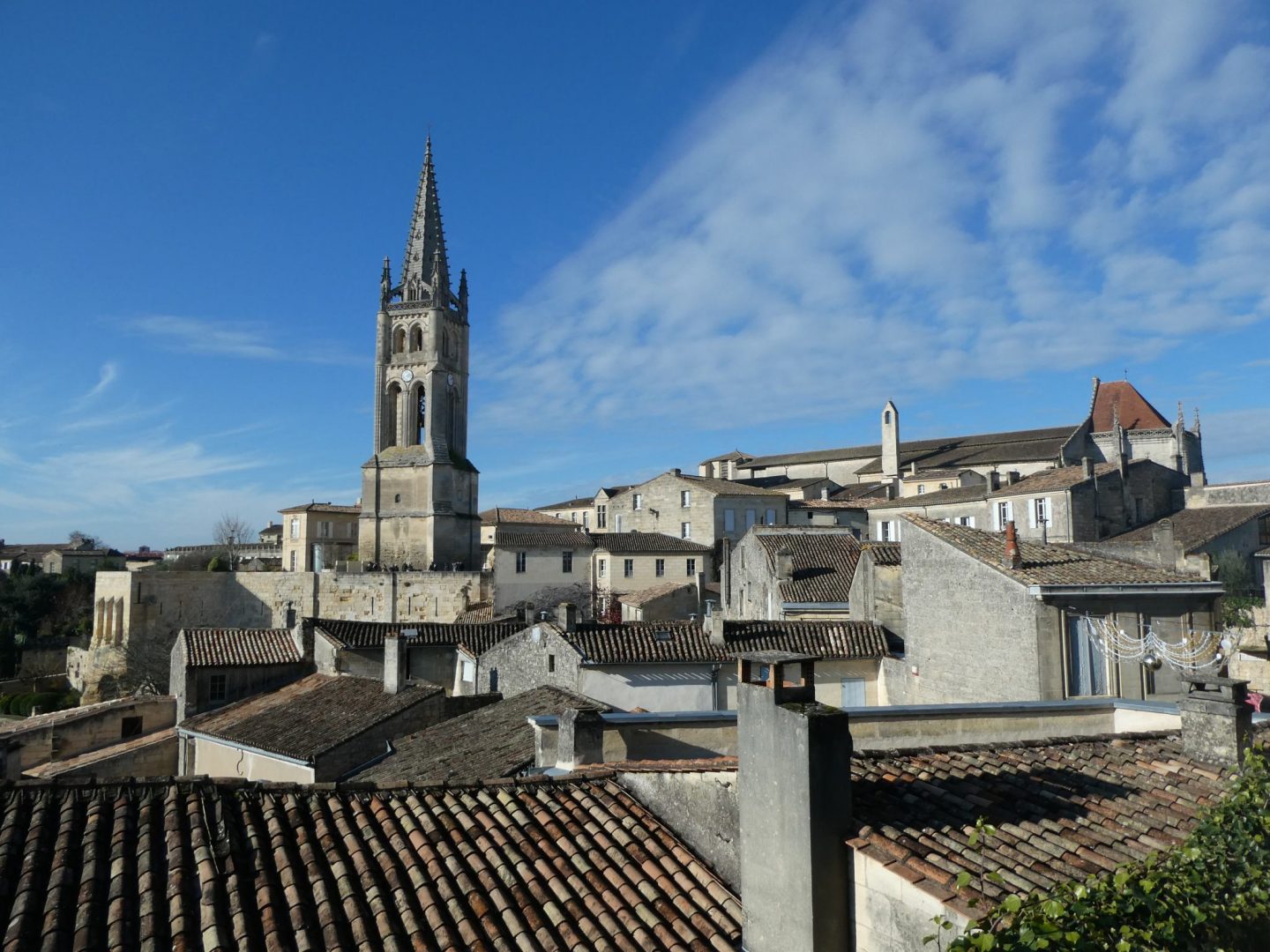 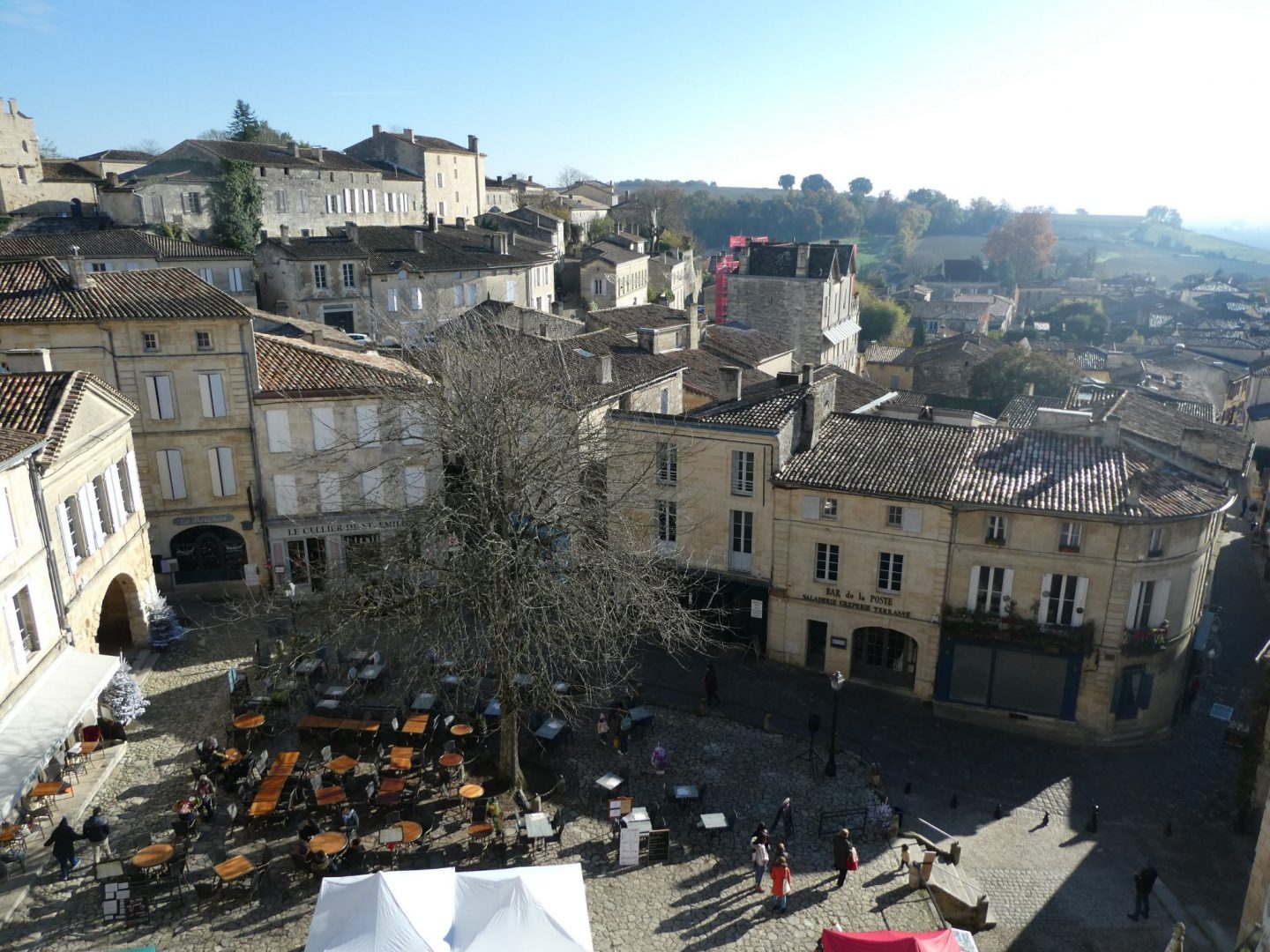 Four steep cobbled streets called tertres (‘hillocks’) join the upper and lower parts of town.  Interestingly, the cobbled streets aren’t local stone.  After Eleanor of Equitaine married King Henry II of England in 1152, the region was English until the end of the Hundred Years War in 1453.  Merchant ships from England used small stones to ballast their boats on the journey here.  They discarded the stone on arrival to load up on barrels of wine, and the stones were used to pave the streets.

The tertres are among the steepest streets in France. 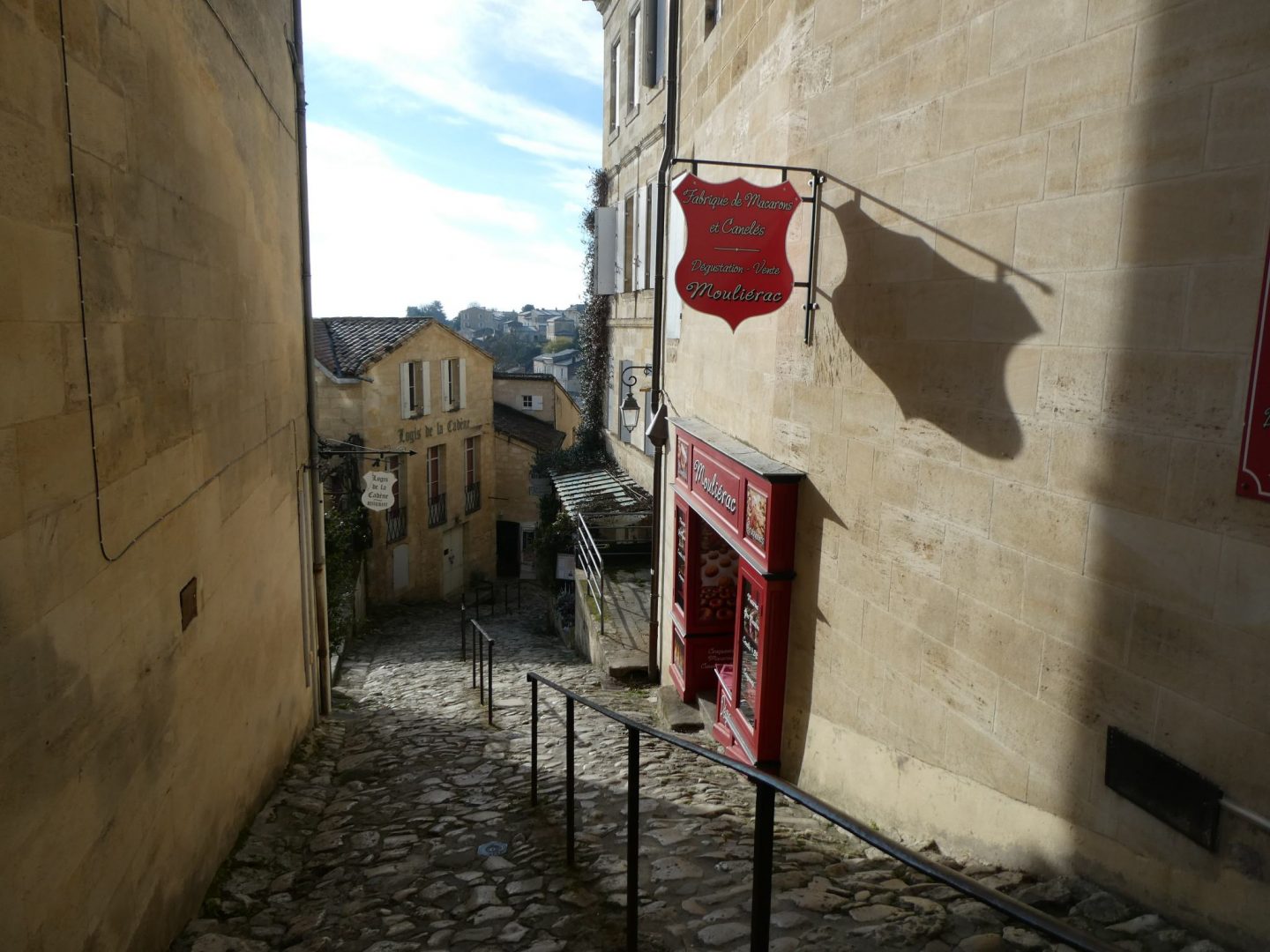 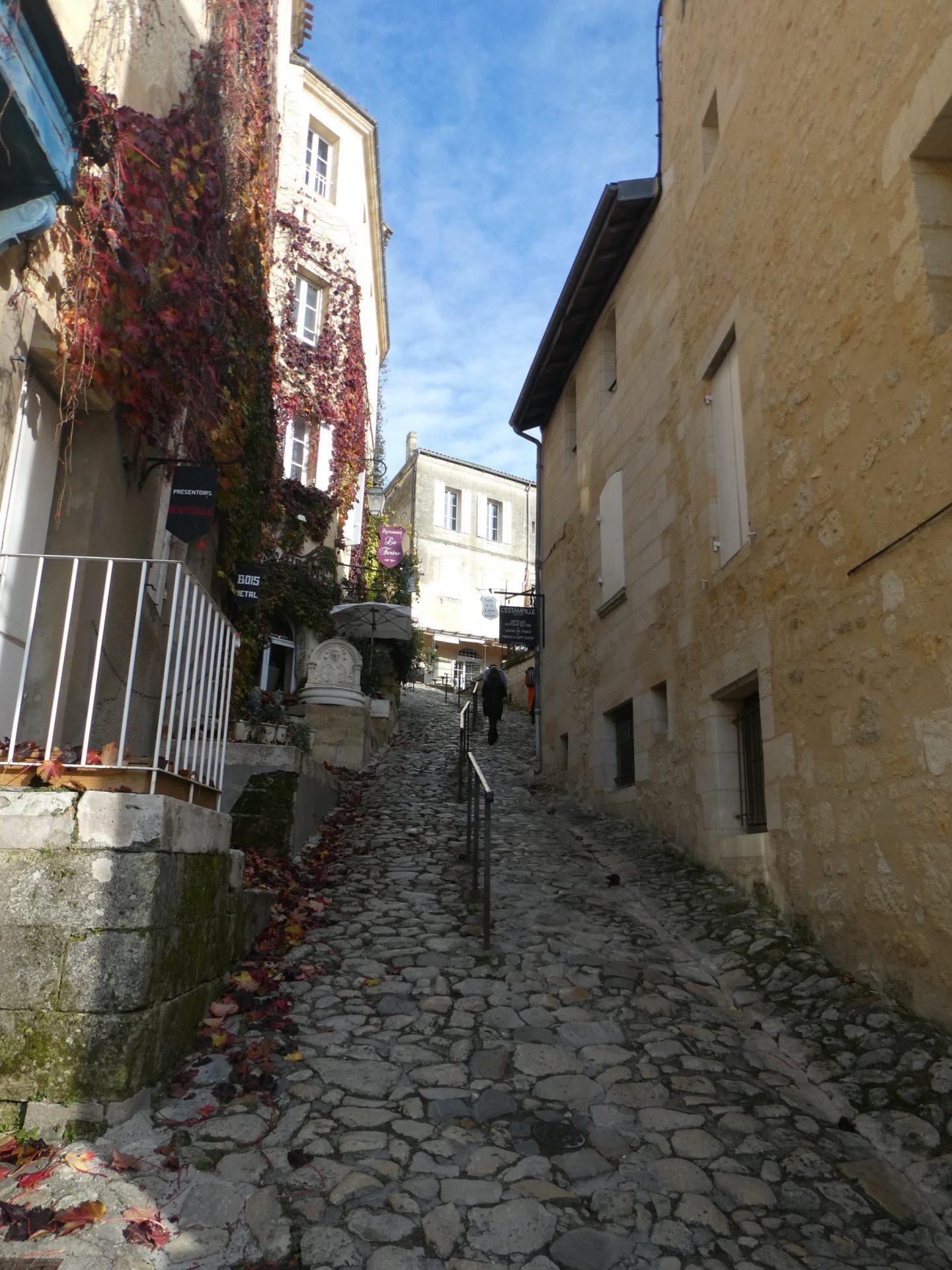 The clay and chalk rich soils of the area proved perfect for growing merlot grapes.  And the stone quarrying resulted in about 200km of underground tunnels perfect for ageing wine.  The result?  Saint Emilion became and remains one of the most prolific wine producing appellations in the Bordeaux region.

The Saint Emilion district was the first wine area in the world to be listed by UNESCO as a Cultural Landscape: a historical landscape which remains intact and still carrying on its culturally significant activity.

Around the town there are some magnificent winery chateaux, some of which are open for visitors. 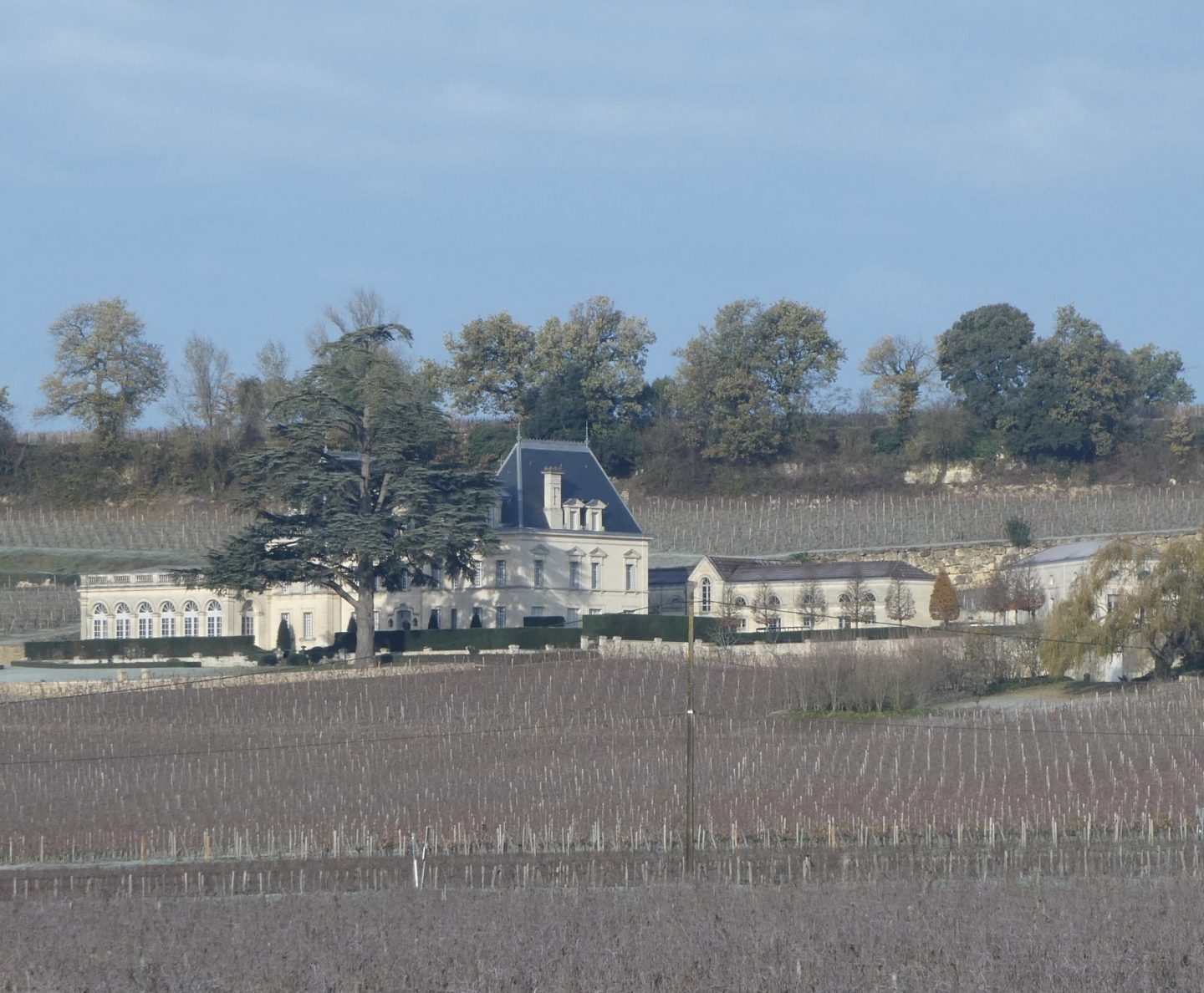 If you don’t have wheels, there are also plenty of tasting places in town. 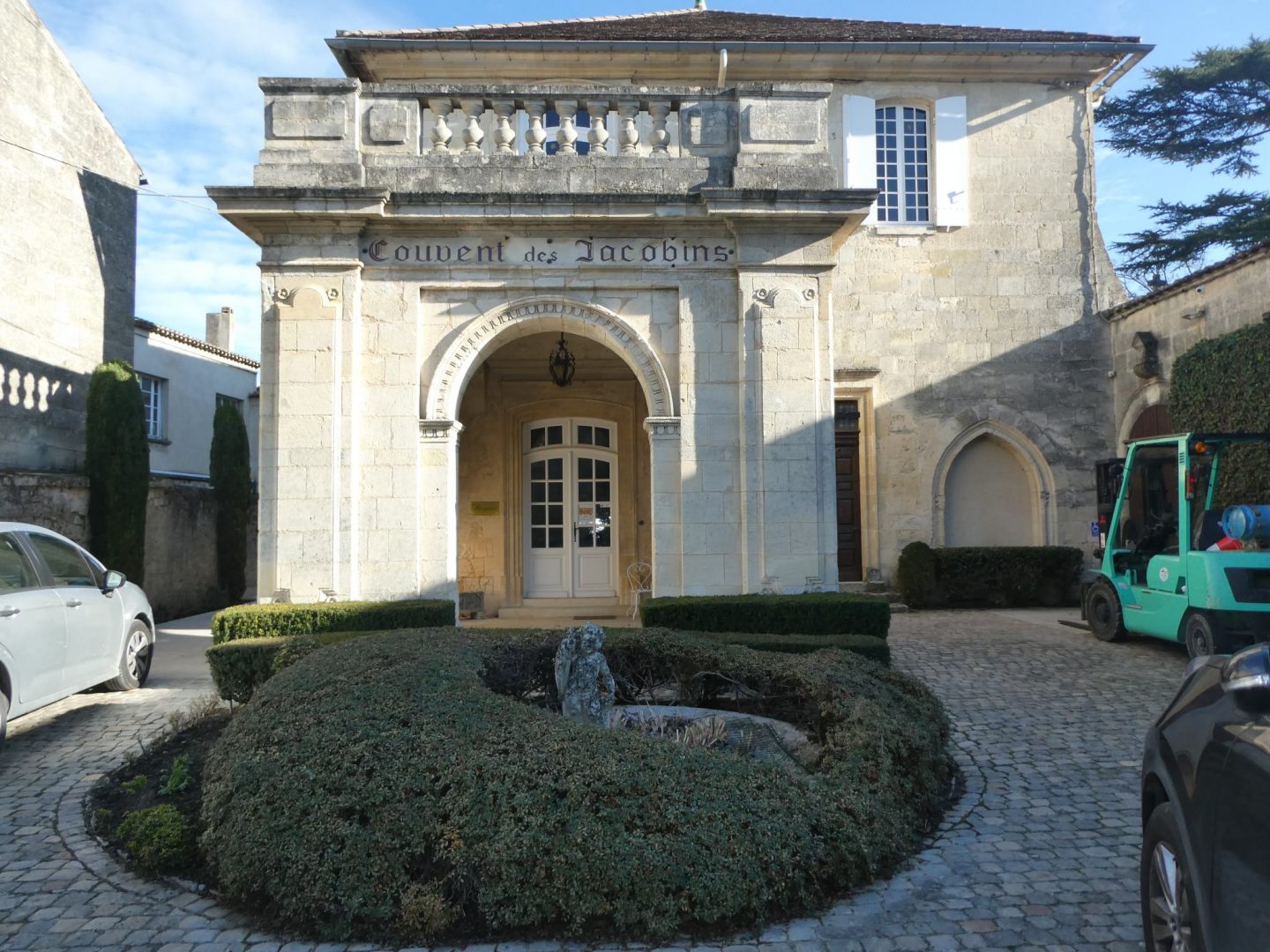 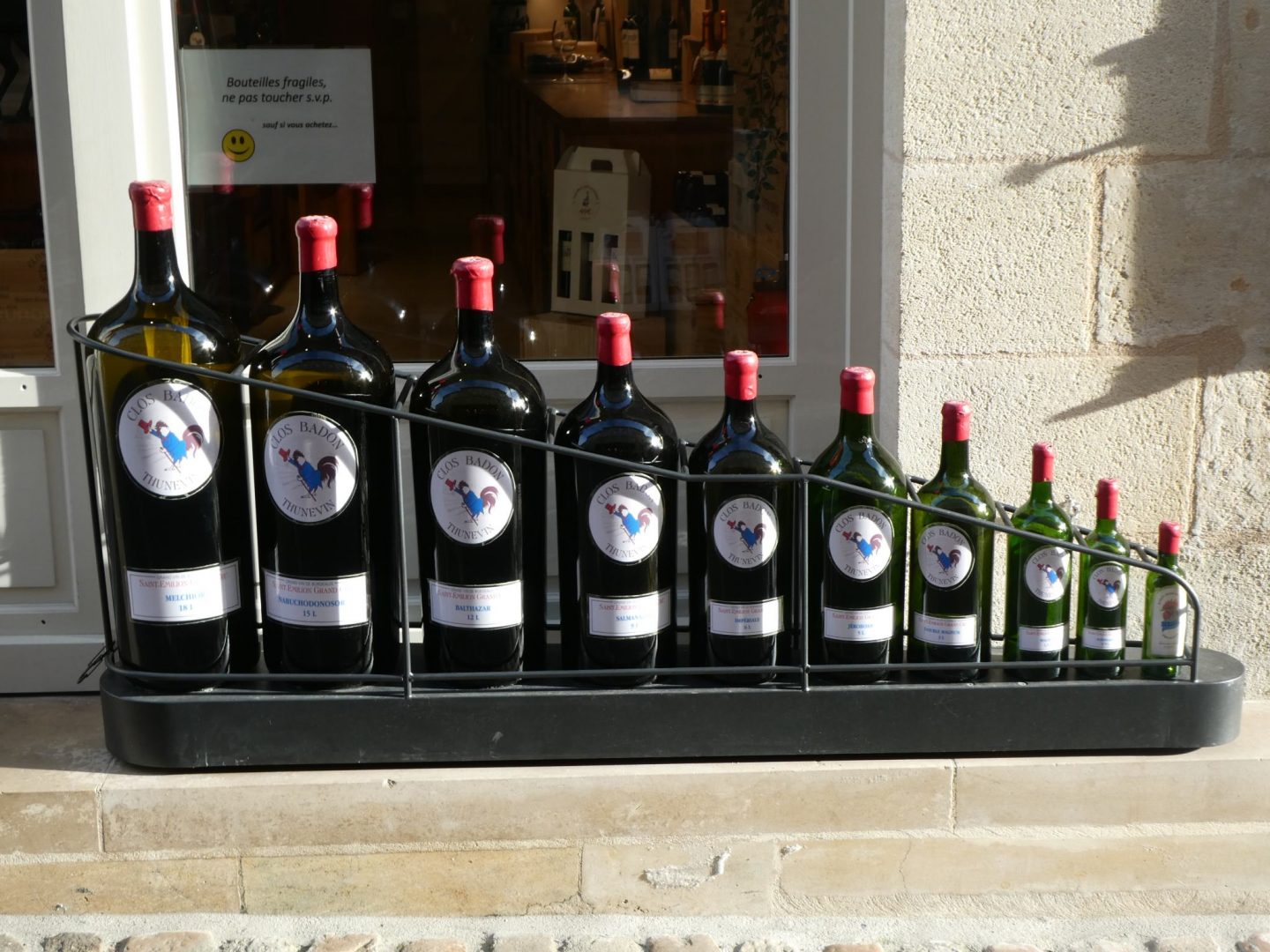 About an hour on the train from Bordeaux, it’s a popular weekend day out for Bordelais, especially in the summer.  But even on the cusp of winter there were lots of visitors.  Not surprising.  Sitting in the square in the sun with a glass of Saint Emilion and a charcuterie board was a pretty good way to while away an afternoon.